West Norfolk Council's plans to build on the Southend Road car park in Hunstanton look to be in chaos following advice from the Council's own legal eagle, Alexa Baker, who advised the Council's Cabinet that it should consider the proposal in open session rather than behind closed doors as it had previously down with other development proposals.

The situation came about after Audit Committee member and Independent councillor, Cllr Alun Ryves, asked Ms Baker if the Council's Regeneration and Development Panel acted legally when it discussed the proposal to develop the car park in camera. Cllr Ryves claim that the public could not be excluded at committee meetings local authority development proposals were to be discussed was upheld by Ms Baker.

It seems that when the Regeneration and Development Panel chaired by Dersingham councillor Judy Collingham considered the proposal they were not advised of the requirement to consider the proposals in public.

A previous application to build on the car park had been turned down against the Planning Department's recommendation, in December 2020, after strong representations from Hunstanton Civic Society, Independent Cllr Paul Beal and Hunstanton Town Council. The reasons for refusal by West Norfolk Council's own Planning Committee proposed by Hunstanton Councillor Carol Bower and seconded by Cllr Charles Joyce were due to the loss of 100 car parking spaces and the adverse impact that would have upon the local economy, and also that there was inadequate parking provision within the site, contrary to the Council's own planning policies. 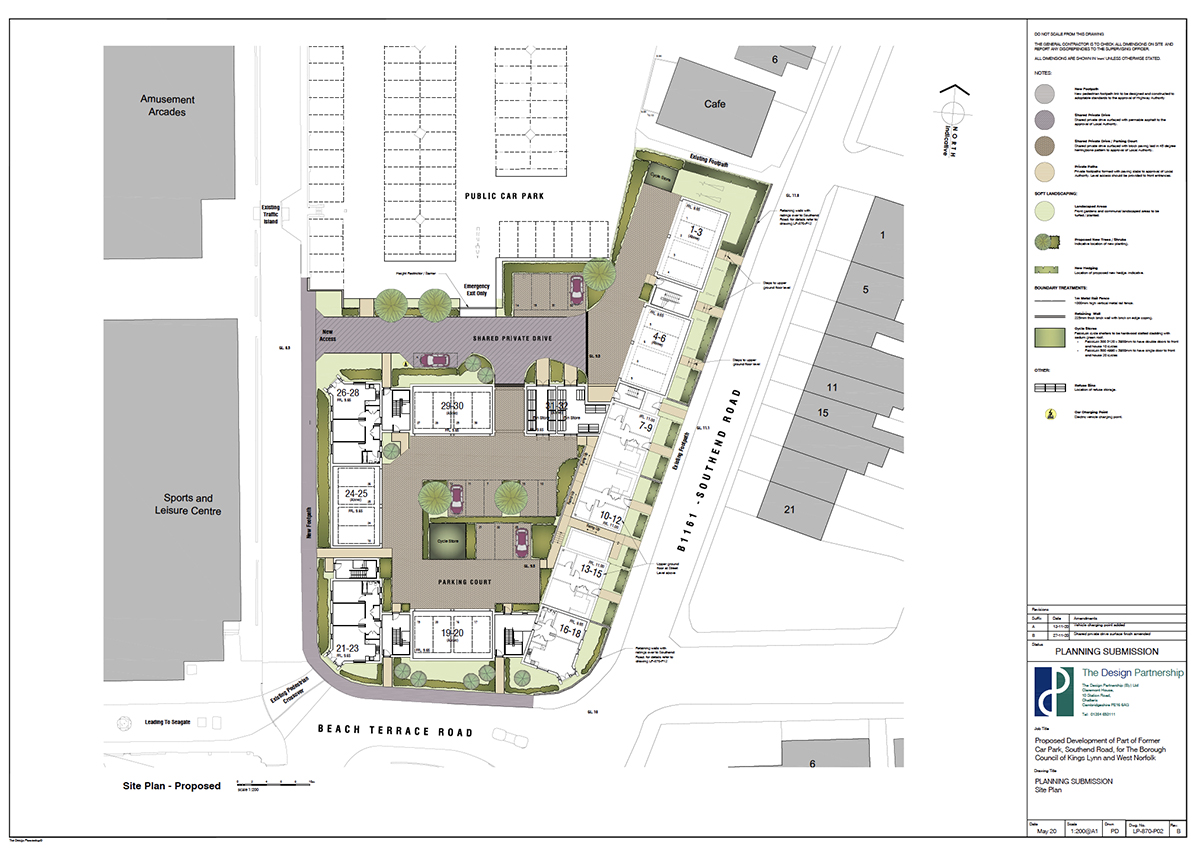 When speaking at the Cabinet, Cllr Ryves suggested that some members of the Regeneration and Development Panel were uncomfortable at discussing the proposals as they were also members of the Council's Planning Committee which would be determining any application. Cllr Ryves suggested this was the position of Cllr Vivienne Spiking, herself a former chair of the Planning Committee for many years. However, this suggestion was dismissed by Cabinet Member for Regeneration, Cllr Peter Gidney, himself a former chair of the Regeneration and Development Panel. Cllr Gidney said he felt that it was very possible for the Regeneration and Development Panel to discuss the report presented by himself and assistant director Dale Gagen on the basis that the report was a technical report. Cllr Gidney said that within his own mind he was clear that a technical report is different to discussing the merits of an application within planning policy.

A Labour proposal at the Council's recent Budget meeting to retain the Southend Road car park in its present use, until a full and thorough report on parking needs in Hunstanton had been completed, was defeated. It was proposed that the money raised would be spent on introducing a free collection service of large items and step up prosecutions of those who fly tip.

Businessman, Cllr Ryves, a one time chartered accountant suggested that the 100 spaces of the car park at Southend Road that would be required for the development could have a commercial value of £3 million. For sale at present is the leasehold of a car parking space 2 levels below ground level which has a column partly protruding on the space. The asking price for the car parking space in SW1 is £250,000. Not on that scale HT&A revealed in February last year the extent of income from the Southend Road car park with over £300,000 coming from the 488 spaces at Southend Road. That equates to around £620 per parking space. From April last year to February this year the car park achieved sales of over £181,000 which included the sum of £20 ( twenty pounds ) for the month of April. Due to the lockdown the car park has taken less than £1000 in January and February combined, but is still expected to achieve in the region of £400 per parking space which is on a par with the St James's multi storey in King's Lynn.

Figures released after the Cabinet meeting show that without a grant from Homes England and only 6 of the 32 properties being designated affordable, with the remaining 26 flats being sold to private buyers, the Council expects to make £5000 ( five thousand pounds ) profit from a £6.746million spend before any land value adjustment is included. This is in stark contrast to the in excess of £60,000 per annum previously revealed by HT&A following a freedom of information request.