The Innovation in Income Generation Award was won by Tapping House for the 'Tulips for Tapping' fundraising event.

Since 2021, Tulips for Tapping has become a staple amongst the springtime backdrop of West Norfolk. So where did it all begin?

Local farmer Mark Eves and wholesale flower growers PS & JE Ward grow flowers for commercial sale to our major supermarkets. They are the largest producers of tulips in the UK and are the only growers to still plant bulbs outside in a field.

Starting life at greenhouse nurseries in Terrington West Norfolk, tulip bulbs need to spend a year out in the field for the bulb to strengthen and produce flowers of retail quality. Bulbs are planted out in early October and by the end of April have flowered producing row upon row of glorious rainbow colours. It really is a magnificent sight! 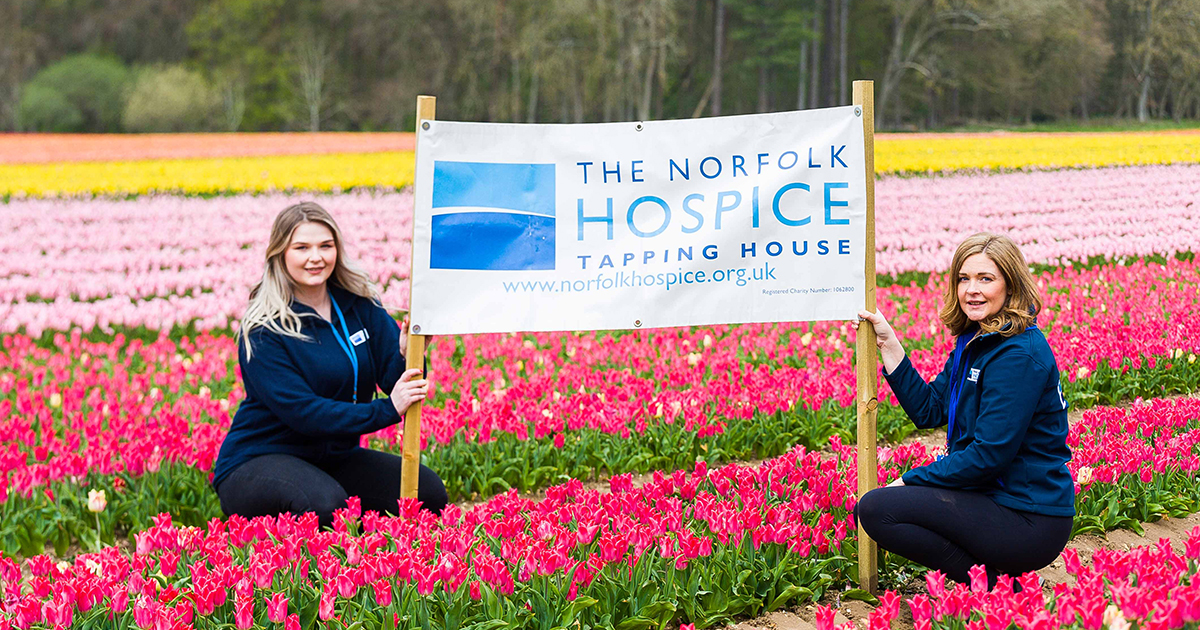 However, these flowers and their beauty are just a by-product of the bulb strengthening process and by mid-May the famer comes along with his tractor to behead the flowers, leaving the petals to decompose into the ground and provide energy to strengthen the bulb. 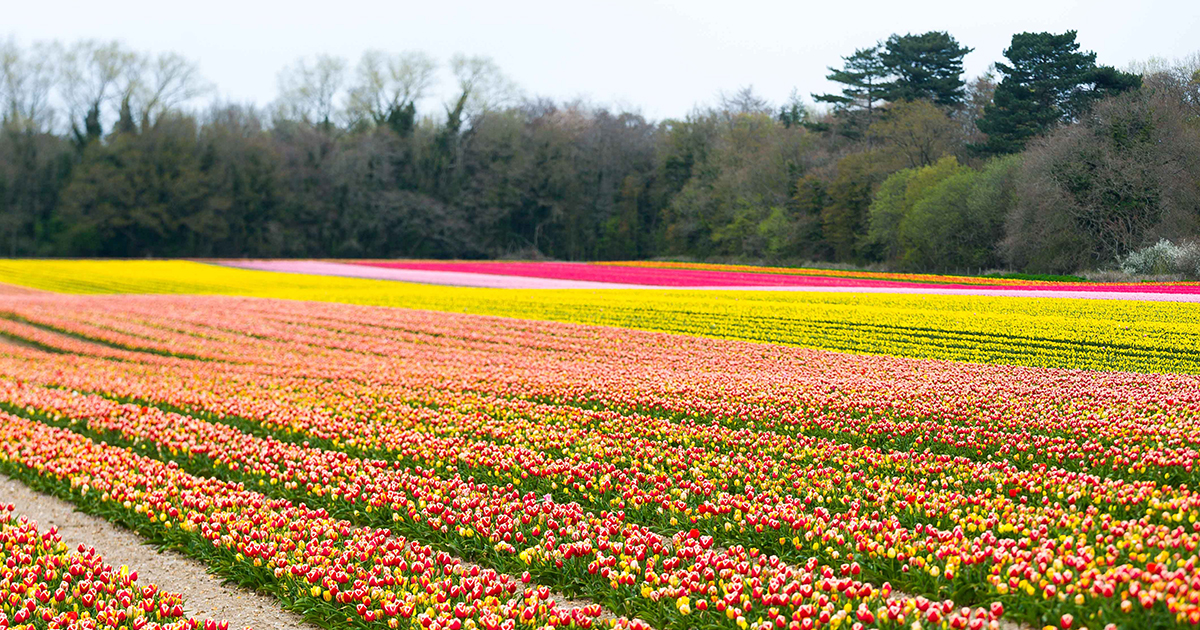 When summer arrives, the bulbs are harvested and stored in cold rooms back at the nursery until they can be planted in heated greenhouses during the winter - finally producing the tulips you see in the supermarket around February time.

By 2019, the beauty of the springtime fields had begun to generate significant local interest with people requesting visits or trespassing on the land to get a photo; sparking the beginning of an idea. In 2020, Mark Eves approached the hospice to share his thoughts about using his field of tulips to somehow create a fundraising opportunity.

Conversations between Mark and the hospice gathered pace and the idea for Tulips for Tapping began take shape. Things came to a standstill when the pandemic hit but the idea stayed simmering until spring 2021 when the gates to Tulips for Tapping opened with gusto. In its first year an incredible 5,630 people visited, raising over £21,000 for The Norfolk Hospice which was fantastic! 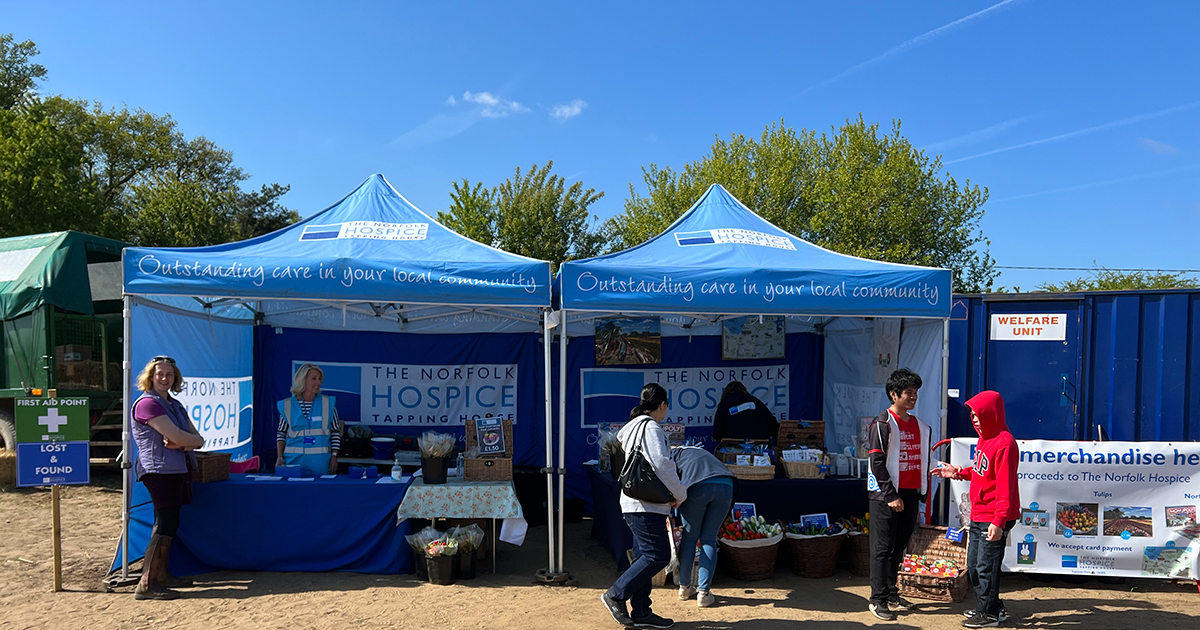 By the time spring of 2022 rolled around, Mark and the fundraising team at the hospice were able to build on the success of the previous year and opened the gates to visitors from far and wide including coach parties and VIP Tours. It also saw additions of third party trade stands, commercial photography passes, event specific merchandise and corporate sponsorship. Owing to their strong connections with Holland and tulips, Miffy UK also approached the hospice to initiate a collaboration with Miffy herself making an appearance at the field too!

Run by hospice staff and a team of volunteers who gave over eight hundred hours of their time, the field was open to the public for ten days, two golden hour photography evenings and a VIP event. In total over 10,000 people visited and raised a staggering and unprecedented £93,392 for the hospice. 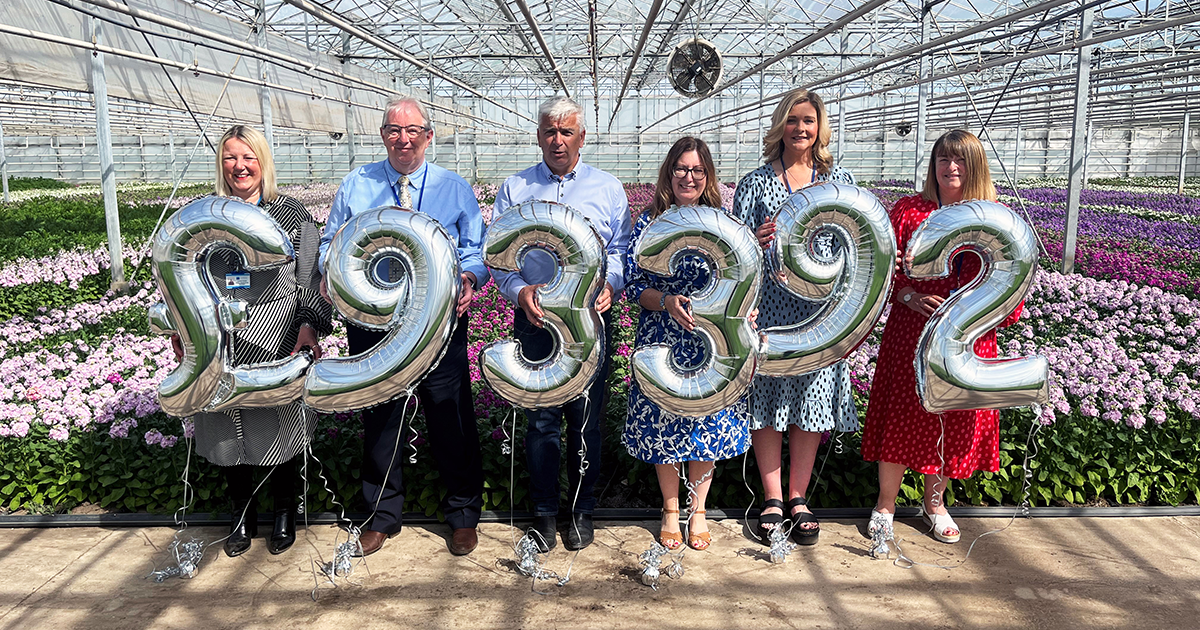 The huge success of this unique event prompted the team at The Norfolk Hospice to enter the 2022 Hospice UK Awards under the category of Innovation in Income Generation and I am delighted to share the news that they are this year’s winning entry.

Catherine Bosworth, Director of Income Generation at Hospice UK said: “We had some great entries for our awards this year and we are happy to award The Norfolk Hospice the ‘Give Panel Innovation in Income Generation Award’, for their ‘Tulips for Tapping’ fundraising event. 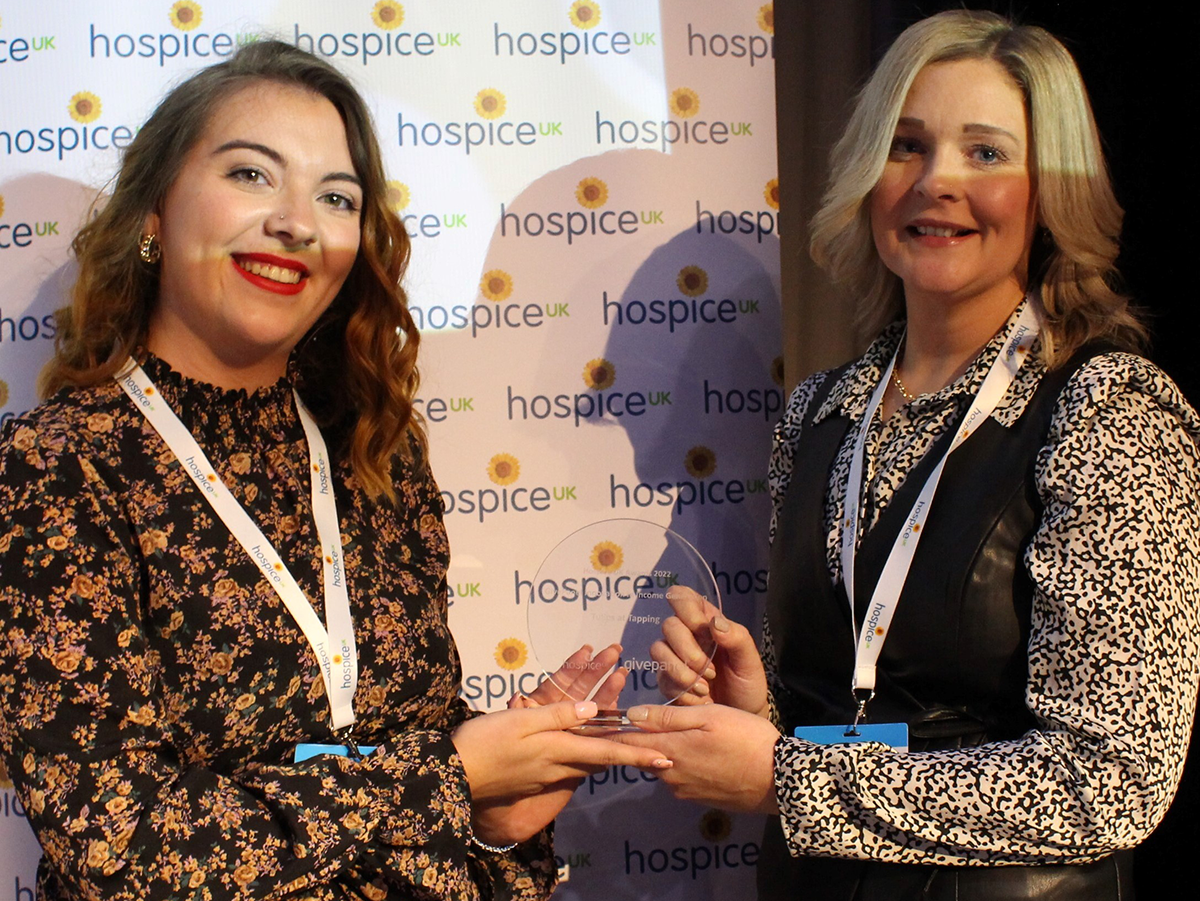 “The execution of a simple concept that was innovatively developed into an outstanding fundraising event, has seen great rewards for the hospice and is a great example of how simple fundraising ideas can have a wide reaching impact and go far beyond the community.”

The event far surpassed the expectations of all involved this year and continues to grow with plans for 2023 already in full swing.