Twenty years on from the excavation of Seahenge

Seahenge was a prehistoric monument in Holme-next-the-Sea which consisted of a timber circle with an upturned tree root in the centre; it was coined as such by the media due to its resemblance to Stonehenge in Wiltshire. This year marks the 20th anniversary of the excavation of Seahenge, so to commemorate we have explored and compiled the history, recent discoveries and theories surrounding the fascinating monument with the help of archaeologist David Robertson, who worked on the second circle discovered nearby.

Seahenge consisted of a large tree stump weighing well over a tonne buried upside down with its roots pointing upwards, measuring 2.5 metres in length and width. 55 timber posts were then placed in a circular trench surrounding the stump and were cut from at least 20 oak trees. This created a surrounding palisade that originally stood up to 3 metres tall and measured 6.6 metres in diameter. One of the posts was forked, allowing for access inside.

Radiocarbon dating and dendrochronology revealed that the circle was built during the spring or summer of 2049 BC. The four-thousand-year-old monument was originally constructed in the Early Bronze Age on a saltmarsh, where it would have been protected from the sea by sand dunes and mud flats. Gradually, the sea has encroached the land and covered the peat beds which were preserving the oak.

One hundred metres to the east of the timber circle, the ‘sister’ to Seahenge (Holme II) was constructed at the same time which consisted of 2 logs in the centre with a fence of wicker and enclosed by a second palisade. These two sites make up “two of the most important archaeological sites in East Anglia,” David says.

Seahenge was built by at least fifty people, who would have been living and farming near to the saltmarshes, with nearby Bronze Age settlements being in Thornham and Redgate Hill in Hunstanton. These people would have lived in small farming communities, growing crops and grazing cattle and sheep. Everyday equipment and objects were made from flint, carved wood, bone and antler. Metal tools were introduced from across the continent a couple of generations before Seahenge was erected, with axes previously constructed from stone now being produced in bronze. 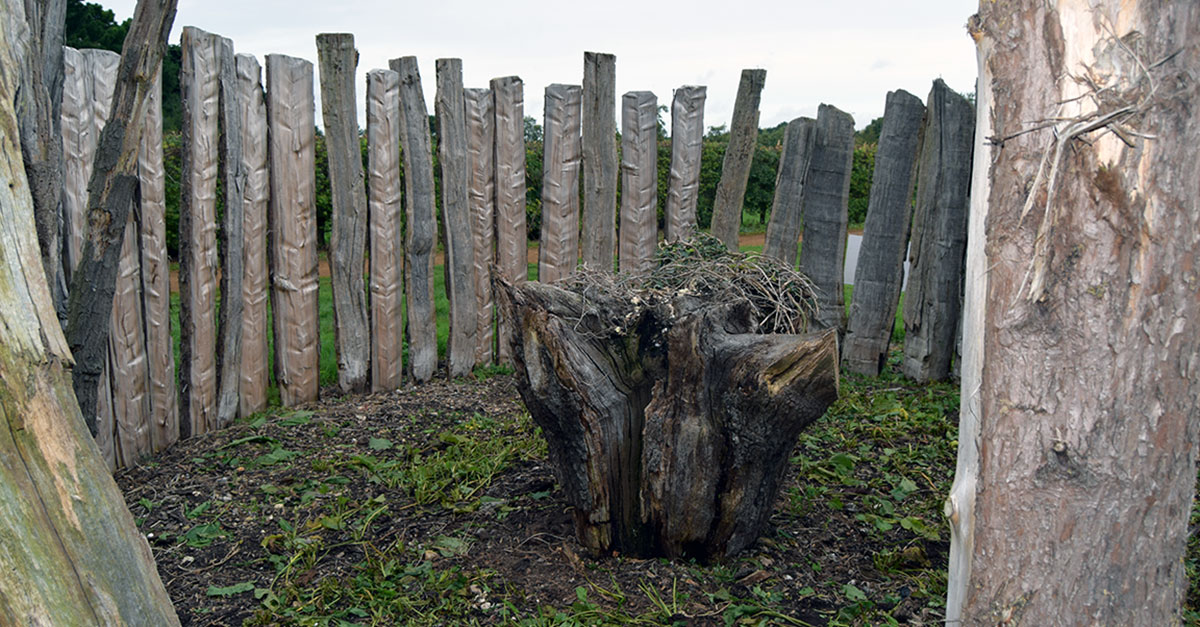 A Time Team reconstruction of Seahenge located at Drove Orchards

Seahenge, though its existence was common knowledge amongst locals for decades, was officially discovered in the summer of 1998 by John Lorimer after he discovered a Bronze Age axehead while shrimping in Holme. However, it was another year before the site was fully excavated by The Norfolk Archaeological Unit as the timbers were starting to decay and were under threat of being washed away by the sea. Before excavation, 5,000 tourists had visited the site. The excavation met some opposition, however, with some locals wishing for it to remain as a tourist site and from Neopagans who held spiritual objection to its removal.

The timbers were so well preserved by the peat that they discovered perfectly preserved toolmarks from the 50 or so axes used to fell, split and shape the timbers, which came as surprise to archaeologists as it was thought metal tools were still relatively rare at this point. They also found a honeysuckle rope under the stump which was used to haul the stump from woodland over a mile away to the saltmarsh. 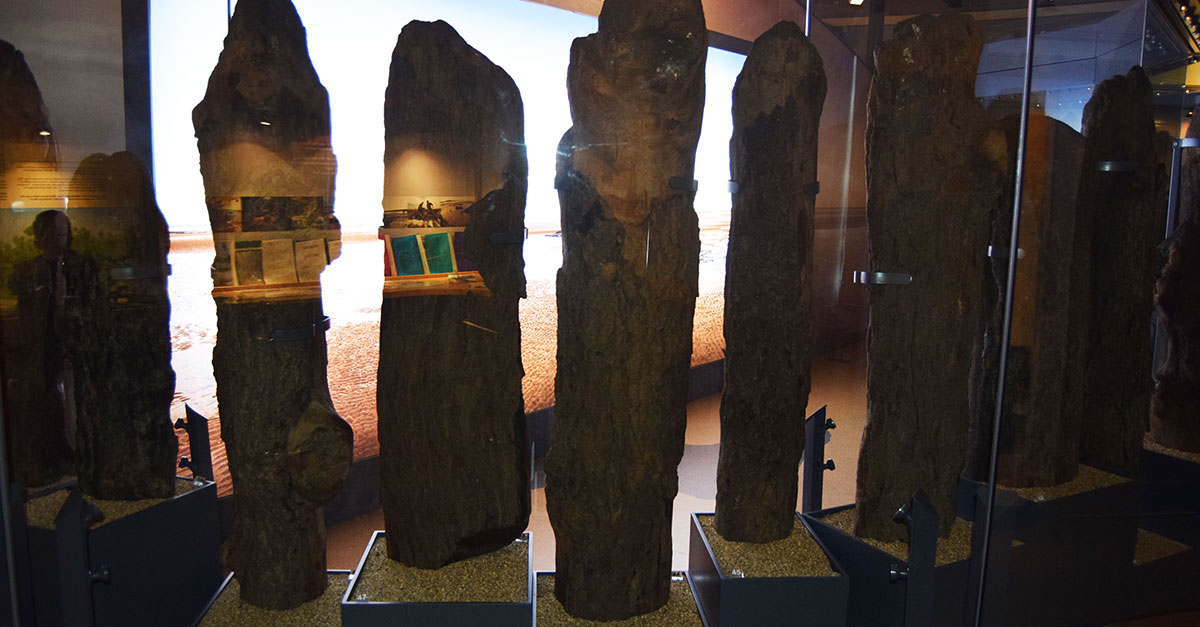 The original timbers that are kept at Lynn Museum

The original purpose of the monument is up for debate, with a dominant theory being that it acted as a cenotaph of a recently deceased person, who was likely of great importance in the community, who was placed on the stump, offering them to the heavens and leaving their body to the elements before removing the bones. As the trunk pointed downwards, this could have signified a route for their spirit to enter an underworld. It is thought that Holme II may have been the actual burial place.

Notably, bark was left untouched on the outside posts, bar one. David says: “Some archaeologists have associated having the removal of bark with death. So, with all these different issues, we’re starting to see references to the sky, to the sun, to light, to death, and by bringing all those different things together we can start to see why they built it.”

“Circles in so many societies have different meanings, it’s complete, it’s never ending, there’s no break, for some people it represents the circle or continuation of life. So, we have all these different ideas symbolised in the structure,” he adds. Noting that Holme II had no bark on the outside, David suggests that “bare cut wood on the outside maybe symbolises death.” 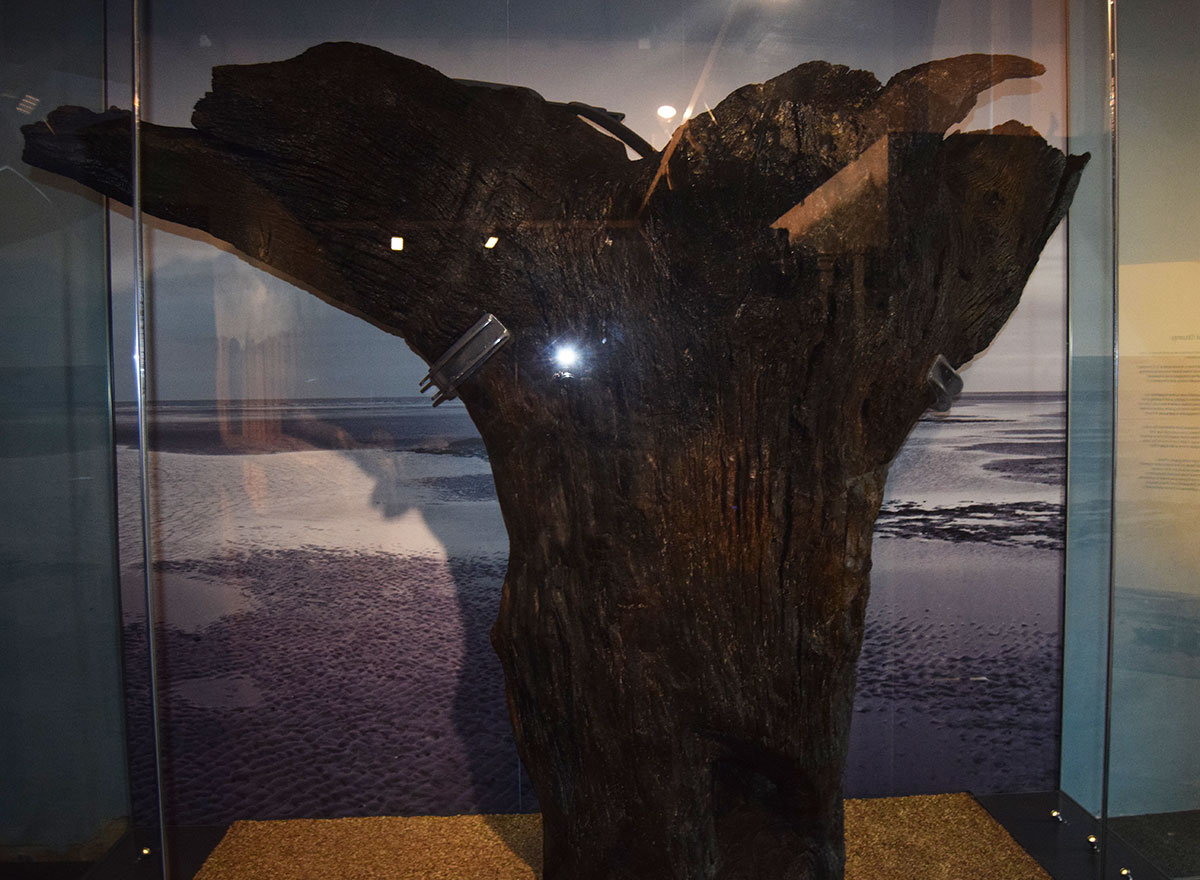 As a number of excavated burial mounds in the United Kingdom and in The Netherlands revealed timber circles underneath them, David ascribes to the theory that the second circle was a burial mound, and that a coffin was laid on top of the logs. Thus, whilst the second circle represents death, Seahenge encapsulates both life and death: “My current thought, based on the evidence we’ve got, is that in 2049 BC someone really important in north west Norfolk died. The local community felt they were so important that they have to mark their passing in a special way. To ensure that their spirit passed onto the next world, and there’s every chance that they believed in an underworld of dead.”

It is also possible that the circles may have been sites of celebration and commemoration or that the stump was a symbolic representation of the fruits of the earth and the magical powers of trees. There is also a theory that the monument has something to do with the movement of the sun, as has been attributed to similar sites such as Stonehenge and Woodhenge.

The central stump and half of the timbers of Seahenge are currently on display at King’s Lynn Museum. Holme beach is located within a very sensitive nature reserve and is home to very important populations of migratory birds which are easily disturbed by people, so visits to the exact site are discouraged, particularly as no archaeology remains today. Time Team broadcasted an hour long special on the excavations of Seahenge in 2000. Their reconstruction of the monument is located at Drove Orchards, Thornham.

Many thanks to David Robertson and Archaeology East Anglia for their photos and help in writing this article. 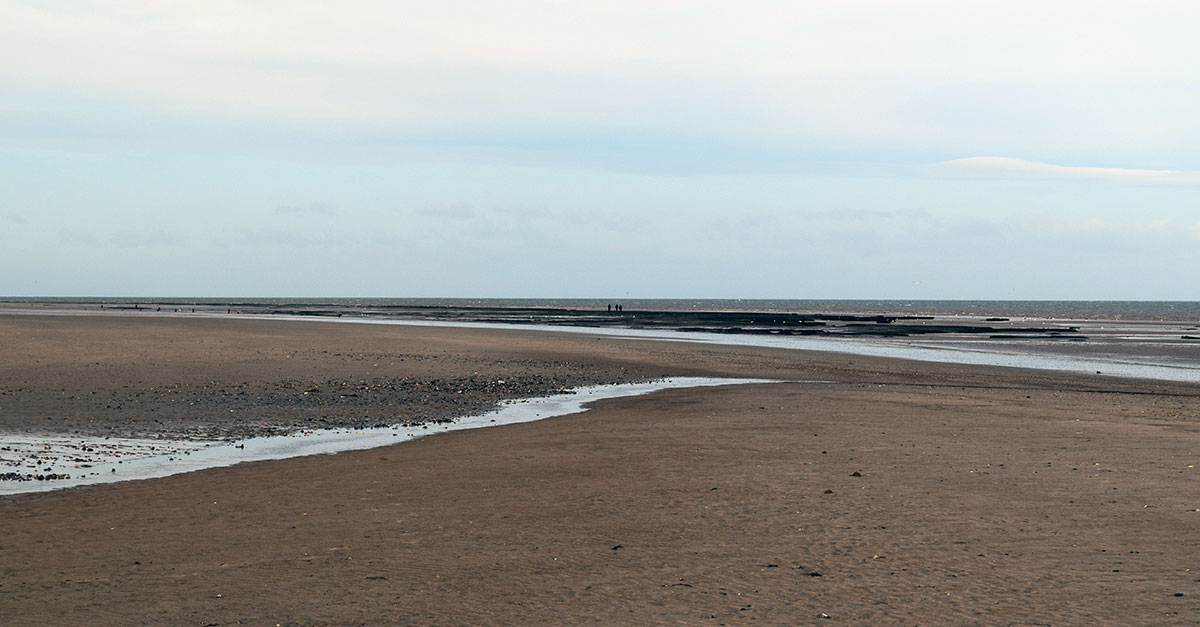 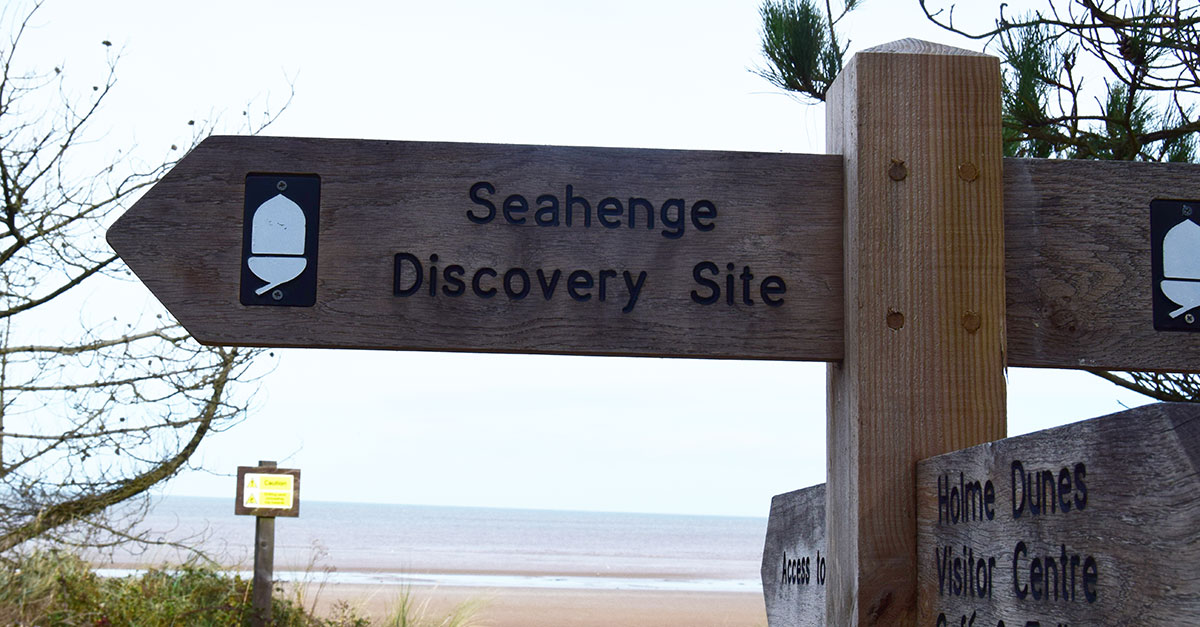 The site today where the monument was found.