A couple have opened a glamping site at Range Farm with several historic links.

Nearly a century after Geoffrey Searle started his pleasure boat and pony rides business in Hunstanton, his grandson Matt McGinn is continuing the family tradition by opening up a glamping site at Grange Farm, Fakenham Road Stanhoe. 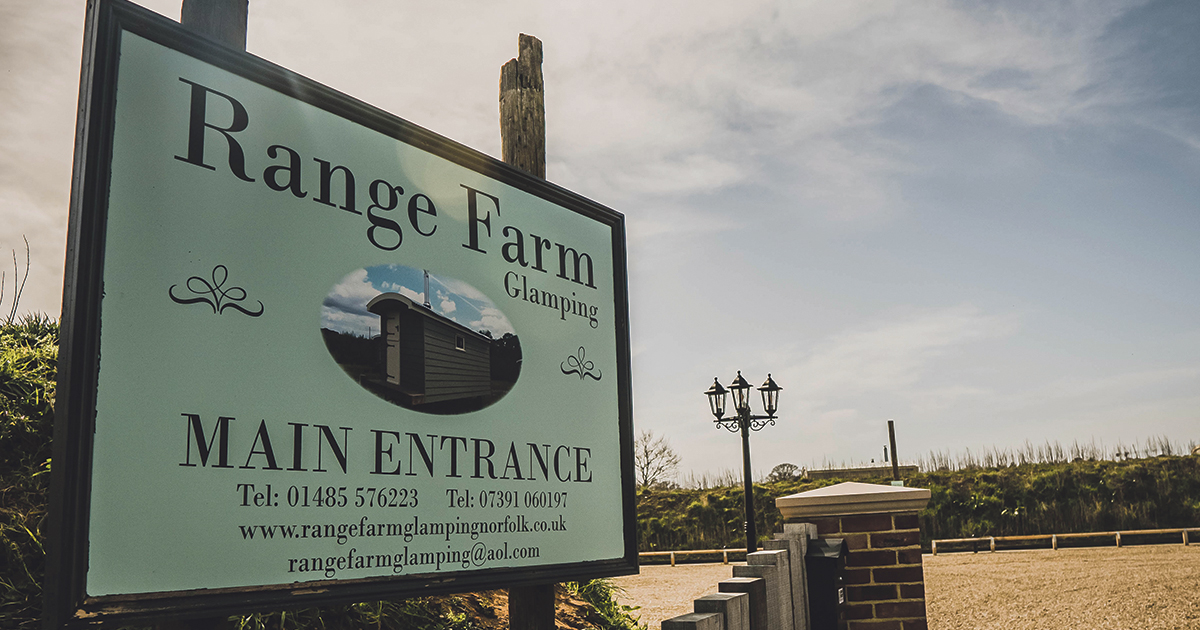 Range Farm is on part of the former RAF Sculthorpe that was home to the British and USA Air Forces until its closure in the early 90’s. The name is a major clue to the business location as it overlooks the former firing range on the base, This very feature caused some planning challenges for Matt and Sally as all the soil needed to be sifted and checked for ordnance before they could move ahead with the site.

Interestingly, lots of ‘rubbish’ was unearthed during the excavations including glass Brylcreem bottles that now adorn the reception area. 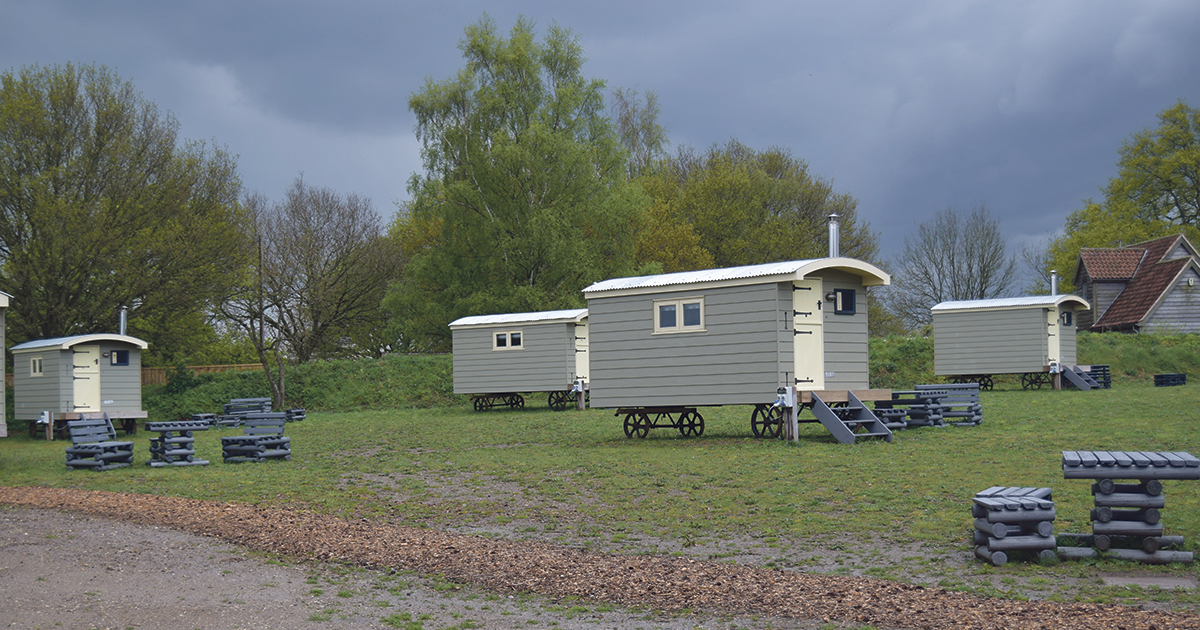 These huts were made on site by Matt and his team

Matthew ‘Mac’ McGinn (Matt’s paternal grandfather) has a connection to the site. He was a boxer and was part of the champion team from HAD Aeroplane Repair Section Henlow that won the RAF 21 Group Championship and the Sir Charles Wakefield Trophy in 1925 and 1926. He went on to coach boxing at RAF Sculthorpe alongside his coaching at Heacham Boxing Club. 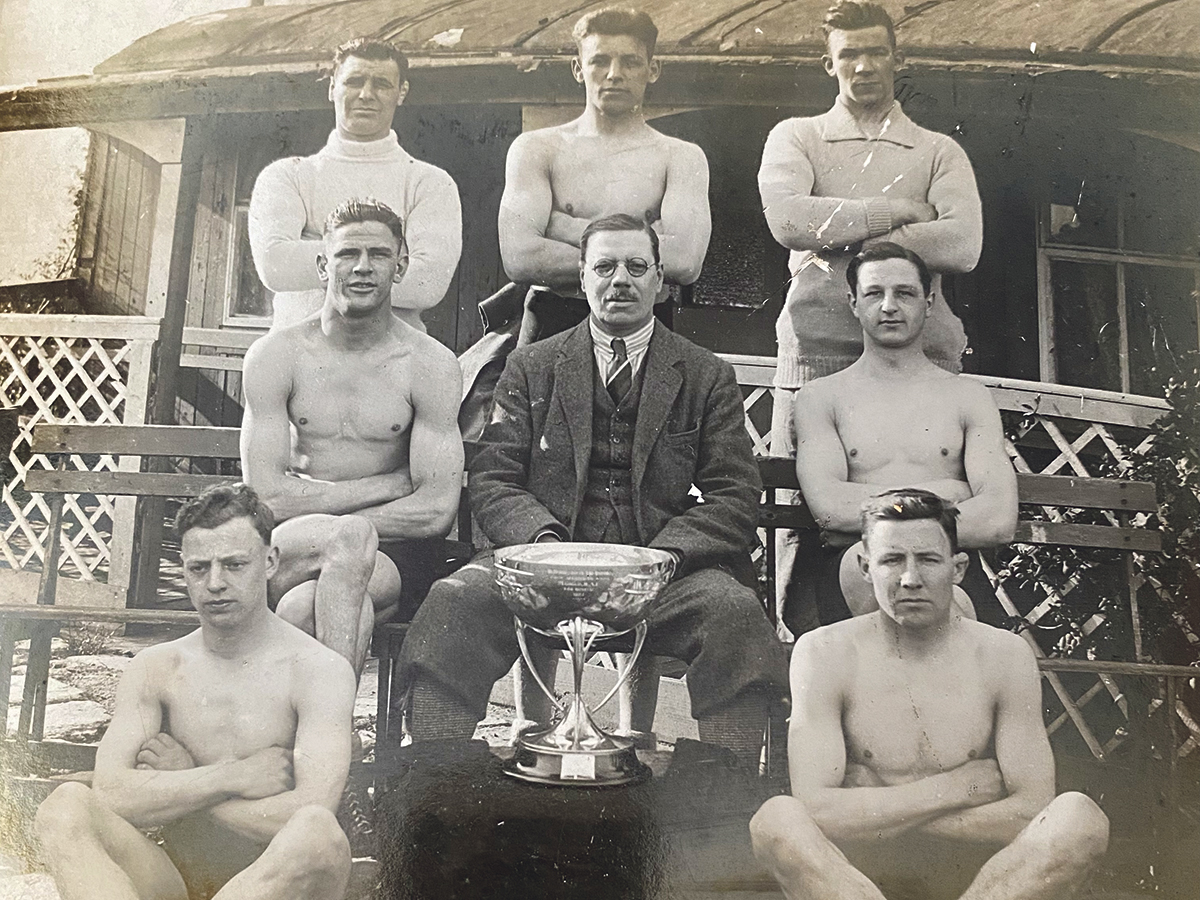 A further family connection is that Sally’s Dad has owned the land since it was sold off by the Ministry of Defence around thirty years ago. His sheep graze the adjacent fields offering an idyllic view for visitors to the site.

Entering the gate at Range Farm, you feel you have arrived. A huge car park with tubs of phormiums and welcoming reception area are behind the grassy bund that shield the site from the road and bark pathways lead you to the shepherd huts that were all hand built by Matt’s team on site to respect the original huts of the 1800’s, but they have added their own modern touches to all 12 huts. Each one is unique and they sleep from 2 to 6 people. 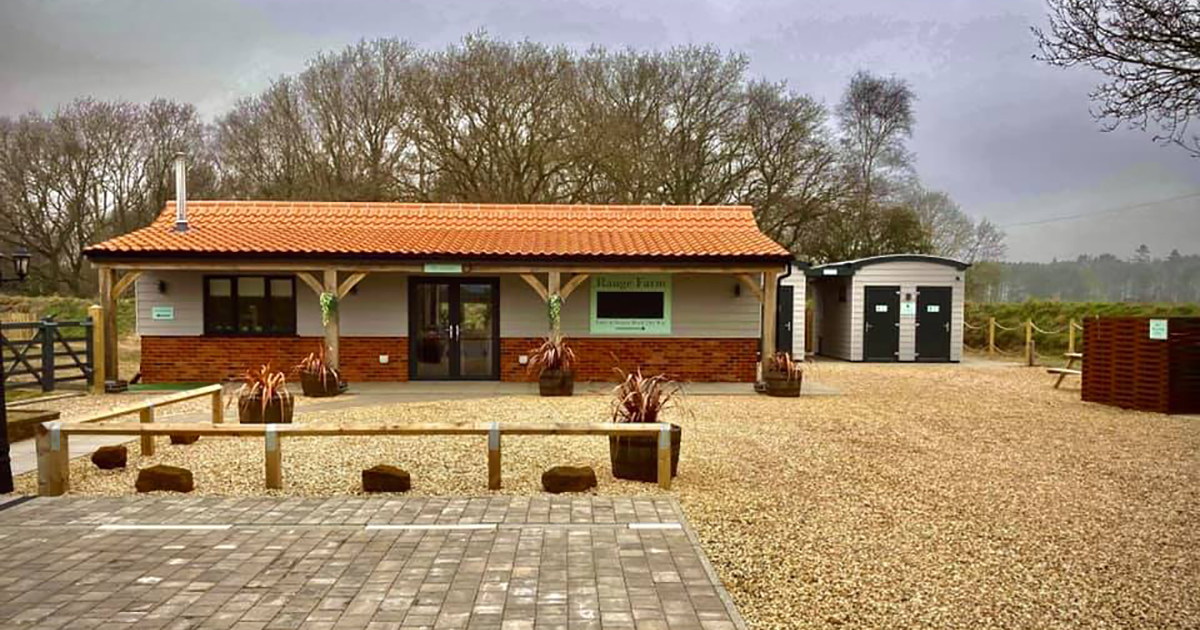 “We believe that life was meant for big skies, warm fires and great adventure,” said Matt, “and we offer a step up from camping with huts that have fridges, kettles, lighting, USB charging points plus a wood burning stove that adds luxury and makes us a year-round destination for couples, families and friends, looking for adventure by day and comfort by night” 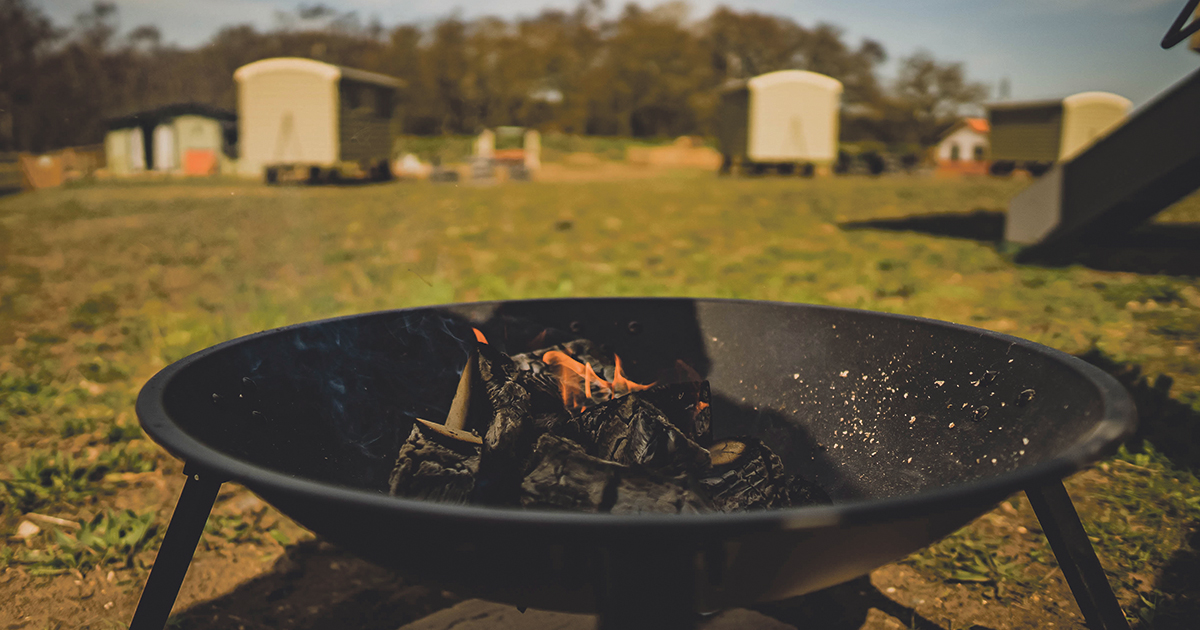 A communal barbecue area and seating offers visitors the chance to make new friends and share stories of that day’s adventure and each hut comes with its own fire pit, picnic tables and chairs.

“We have an on-site warden, modern shower and toilet block, and snacks and ice creams are available from our reception,” said Sally who showed us around the site with Matt on a rainy May afternoon. 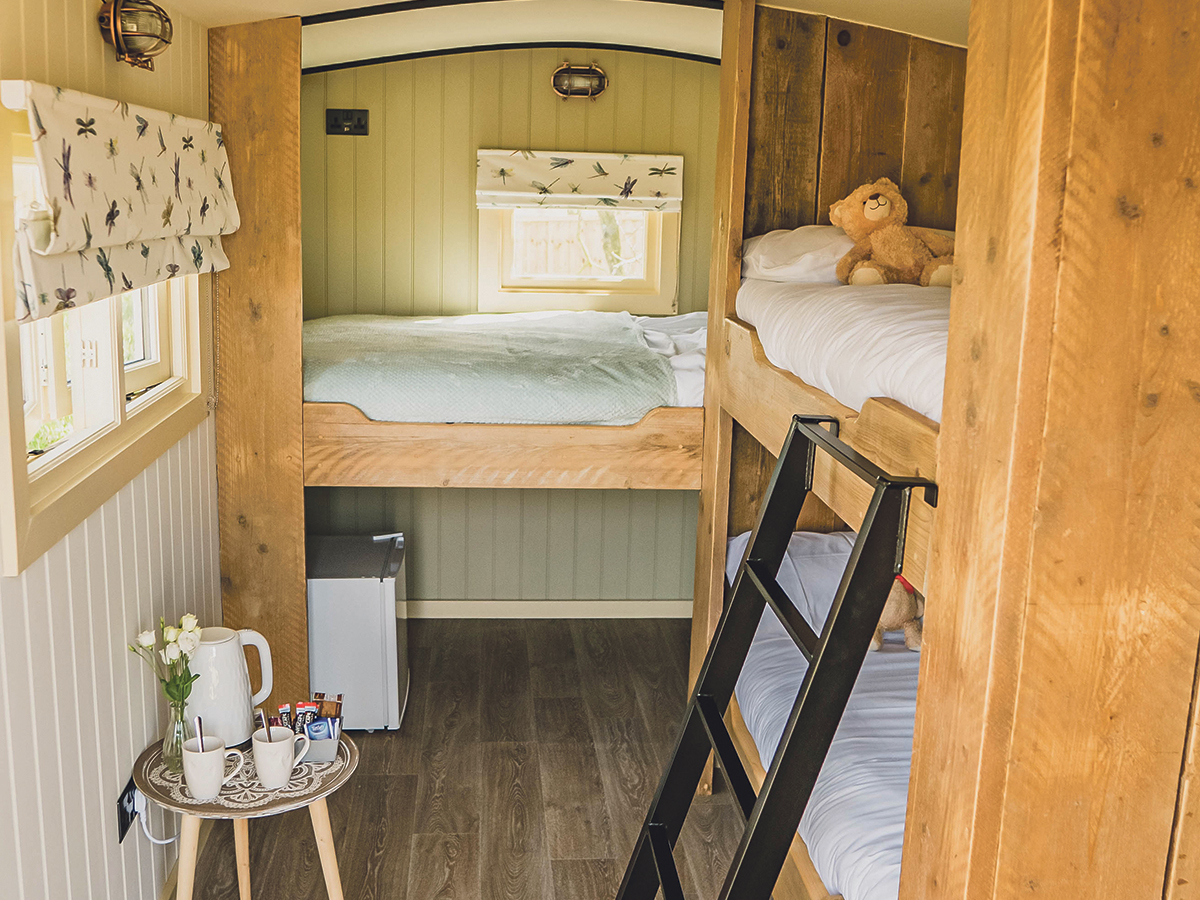 “All the huts are named after indigenous wild flowers and Matt has sown a wildflower meadow that will attract pollinators as well as being beautiful.” she added.