From the Ground up: an Acre per Village

When my husband Derek and I closed the door of our London home for the last time and stepped into the motor-home listing heavily to port by the kerbside, little did we know that we would spend the next ten years travelling over hill and dale into the nooks and crannies of Britain. We were also unaware of how the countryside would captivate us; fill us with joy, with passion and with increasing alarm.

We were swapping bricks and mortar and the monthly avalanche of bills for the open road. We would follow our noses, camp on farms and immerse ourselves in rusticity. It was a wonderful existence. But as the years passed, we mourned the disappearing field margins and common land which in our youth used to froth with insects. We were sleepwalking our bugs into oblivion and our flora was not far behind.

As we absorbed the country through the boots of our wellies, an idea popped into my head and refused leave. Now, as residents of the village of Ringstead, I should like to add this idea to the `rally round of the countryside’ bugle to help our declining pollinators. It is a simple idea and it is doable - we just need to do it.

And it is this: there are approximately 30,000 villages in England. Just imagine if each village adopted an acre of land to remove from cultivation. Funds would be raised to pay the farmer for loss of crop; which in this area is about £300 per annum. There are many government stewardships schemes of course, but governments change, rules change, farmers have to earn and we have to eat - in ever increasing numbers. Moneys raised by villagers for the church roof is an acceptable part of village life, so why not for an acre of land?

I was keen to put this idea to the test. In spring 2020 we formed a small group and asked our local farmer if he could spare us an acre of land. He said yes, but the landowner was not sure. We settled on renting ½ an acre along Peddars Way South to be merged with ½ acre the farmer had already rewilded and optimistically called it Peddars Meadow. 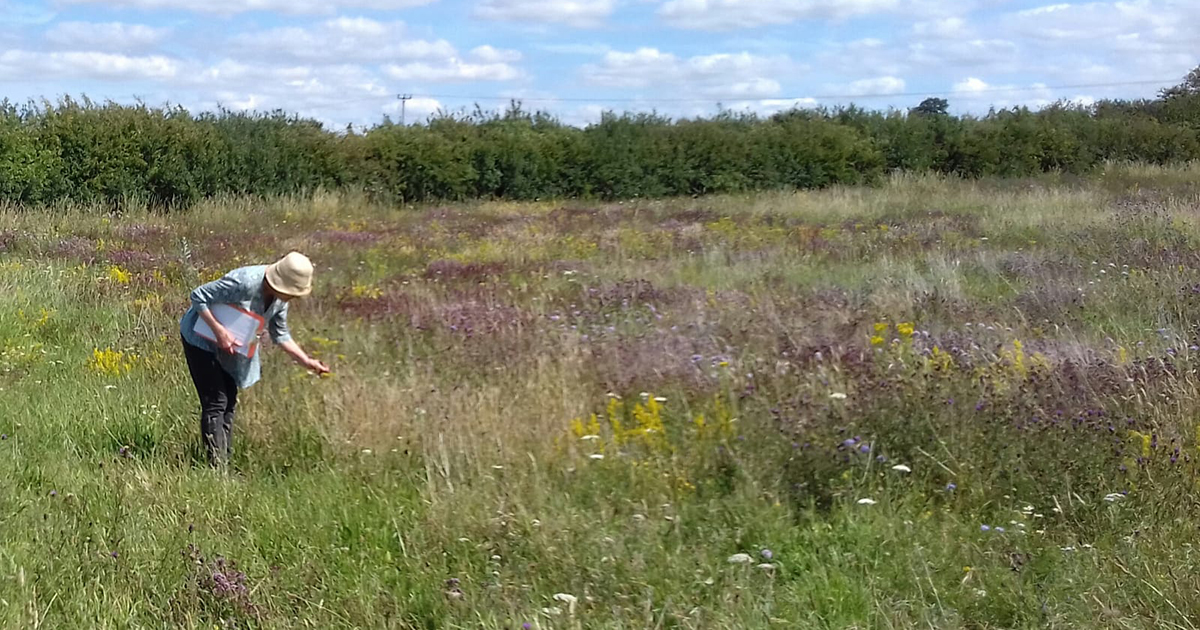 Member of Peddars Meadow Group inspects neighbouring meadow with some degree of envy!

When the land was ours to investigate, we found one half smothered with bind-weed, the other half stony and barren through repeated use. What to do? The landowner wanted the land `managed’ and not frolic out of control; so in our case, the word rewild is not appropriate, but to `de-cultivate’ is. We needed a battalion of volunteers to set things right, which alas we did not have.

We sought advice from various sources and accepted - extremely reluctantly - that we needed to clear the ground with systemic herbicide and begin again: from the ground up. When this was done, the land was tilled by our supportive farmer. Two months later we investigated the result and stood agape before a carpet of bugloss and fumitory, the latter so beloved by turtle doves. Seeds which had lain dormant for decades had sprung to life. At very low cost, we had revitalized the ground – for the time being. We still needed to create a suitable habitat for our pollinators and bring back flora once abundant here. This meant we needed to plough, till, and if necessary seed in September, actions for which we were totally dependent on our farmer.

But the weather decided otherwise. An impossibly wet autumn followed by a long winter and a spring drought delayed everything. Farmers were having a tough time and we would have to wait.

Now, the land lays bare again, with just a sprinkle of bugloss, clover and clumps of red grasses. Just as we fixed a date to plough, we received a phone call from the Norfolk Wildlife Trust: they were interested in our `Acre per Village Initiative.’ Three experts were coming to see us. This was the best of news. Now Peddars Meadow will flourish. 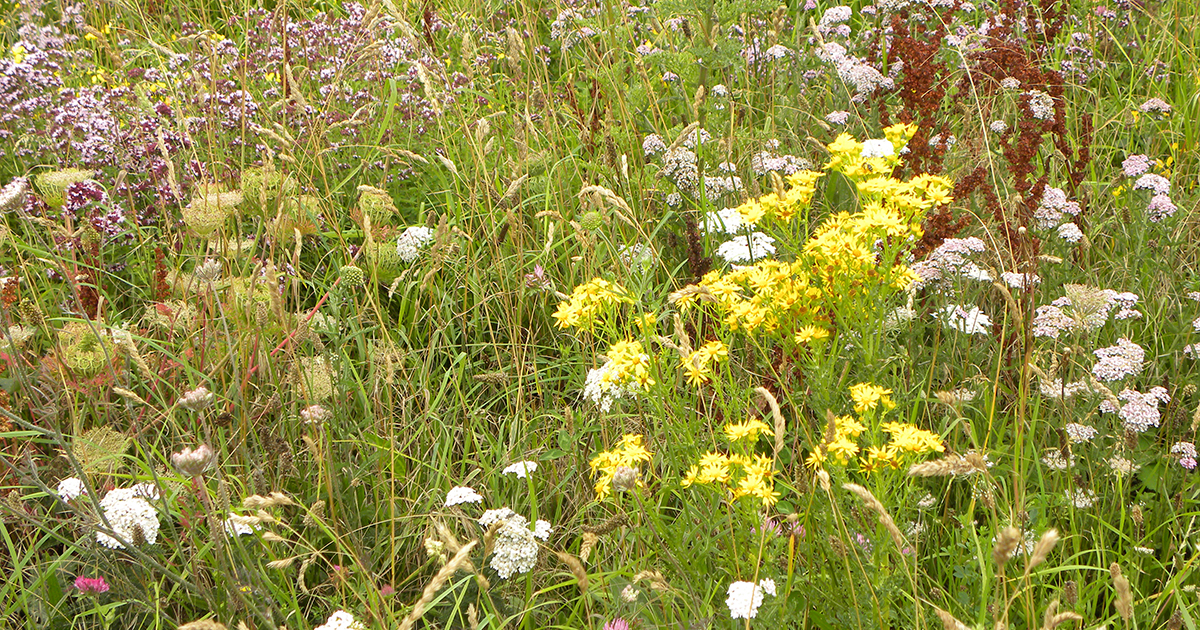 What we strive for

As we await their visit, the question is… could your village twin with us? We are keen to spread this idea throughout Norfolk and beyond. If we can do it, it can be done! We could involve schools; borrow a horse and plough – count worms! Make this fun!

Concurrent with our Peddars project we have created an art gallery in the garage of our home to pay for this venture and are presently showing the work of 18 respected Norfolk artists. Do come and see us, their work is wonderful! Thank you.