School children and their teachers filled Hunstanton Library this morning where Hunstanton and District Lions presented them with sets of books.

Wild Tribe books have been described as the number one children’s book series on ocean plastics, climate change and humans relationship with animals.

Lion Paul Southerton explained: “This is part of a nationwide programme; about four years ago Lions Clubs came up with the idea of making the set of four books available for pupils in infant and junior schools and the content of these was all about protecting the environment which is one of our global causes.

“Since the initial launch of the set, three more have been added so there is now a set of seven with the possibility of another one being added in the future.

“Our club is donating a complete set to: Hunstanton, Heacham, Docking, Brancaster, Snettisham, Sandringham and West Newton, Dersingham, Ingoldisthorpe, and Flitcham schools at a cost of £40 a set.” 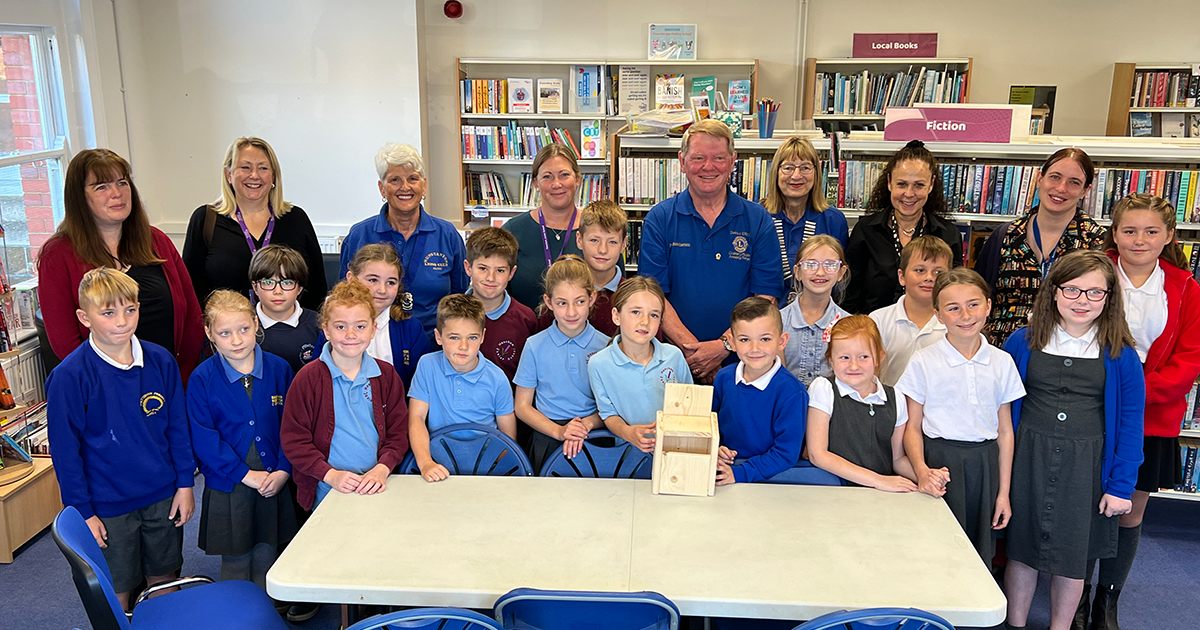 Following the presentation by Lions President Sharon Noble, Lion Jane Scott and Paul, there was a further surprise as bird box making kits were produced for the youngsters and their teachers to put together and take back to their schools where they can be decorated, installed and then photographed to be entered into a competition with a prize for the best one.

“These boxes are simple to construct and cost less than £2 to make,” added Paul.