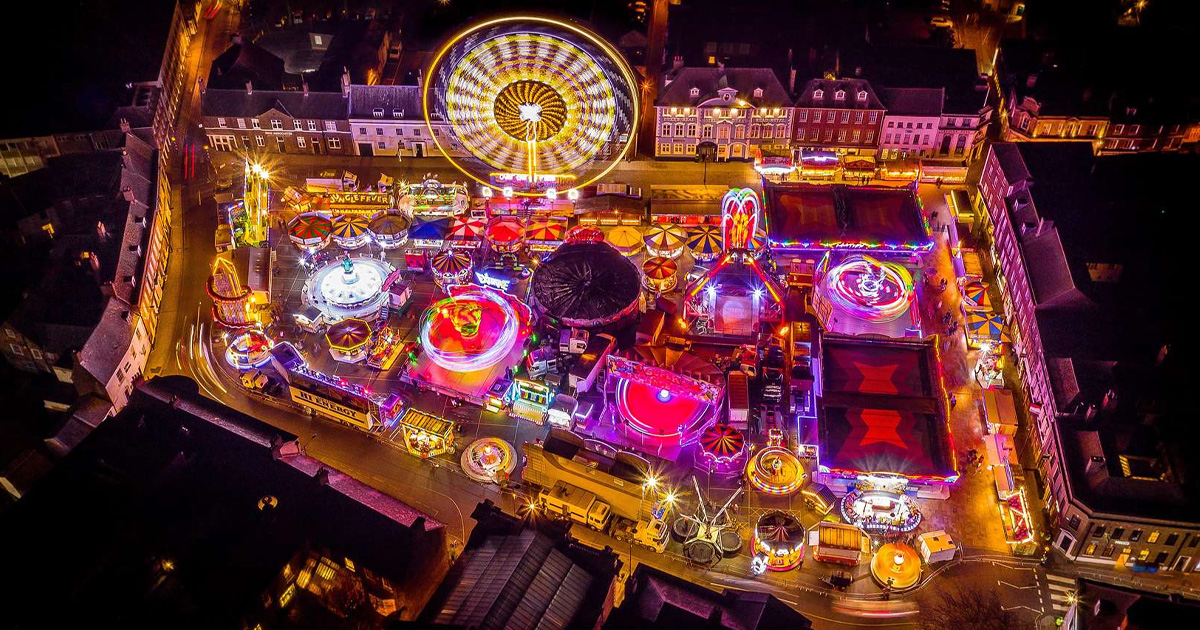 The Kings Lynn Mart returns on the 11th February 2023.

The mart continues a tradition from the later half of the nineteenth century when the King’s Lynn Mart was a spectacular event in which Frederick Savage of King’s Lynn displayed his latest roundabouts and fairground attractions to the showmen. This display of new machines and amusements continues today with the showmen vying to display the latest amusements. Traditionally, this is the first funfair in the Showmen’s calendar where new rides are tried out and old favourites brought out from winter storage.