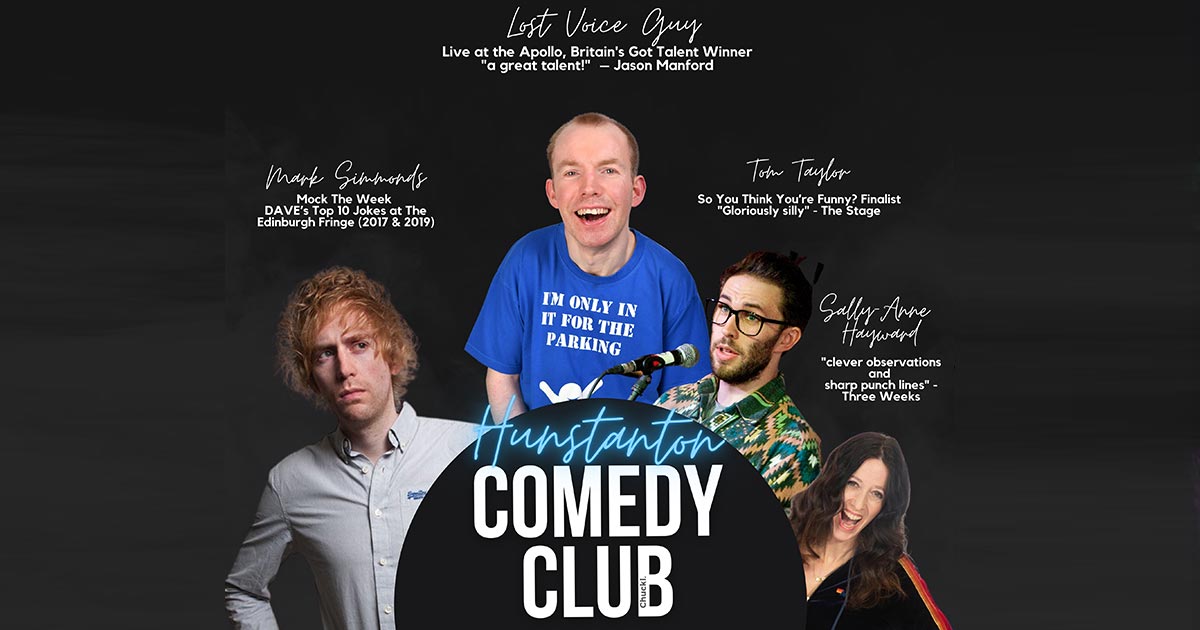 Join us for six weeks of jam packed live comedy this summer.

Lee Ridley, AKA Lost Voice Guy may not be able to talk, but he definitely has something to say, and his comedy will leave you speechless. Since making his first stand up performance, Ridley has gained quite the reputation for being both very funny and very unique.

In 2014 he won the BBC New Comedy Award, however is best known for becoming the winner of ITV’s highest rated show, Britain’s Got Talent, in 2018. He was the first comic ever to win the show, and when he took to the stage delivered easily one of the most hilarious stand-up routines the show has seen.

As Seen on BBC's Mock The Week.

Mark is an exceptional one-liner comedian. It's won him a place in Dave’s prestigious Best Joke of The Fringe in Edinburgh 2017 & 2019. His recent solo shows at the festival, One-Linerer, One-Linererer and One-Linerererer have been huge hits, with sell out shows every day and a nomination for Best Show by the Amused Moose Comedy Award Fringe Show 2017. He can also be seen on the road as tour support for the likes of Rob Brydon, Seann Walsh and Rob Beckett.

“Master of one liners” one4review

In 2013 Tom reached the final of the prestigious So You Think You’re Funny? competition, the following year he was a finalist in the Hobgoblin Comedy Award and in 2015 he took home the award for Comedian of the Year at the inaugural Great Yorkshire Fringe. In 2017, he picked up the Audience Favourite Award at the Musical Comedy Awards and reached the final of English Comedian of the Year in 2018.

Sally-Anne is an award-winning comedian (Best UK Compere 2019 and Holsten Pils ‘Fans of Comedy’ award) and a sought-after corporate performer (with clients including Virgin Media and Alcatel). She is also a regular compere at Glastonbury Festival.

She has proven her writing talents with numerous Edinburgh Fringe shows and can display a depth of material that marks out the best comic talent. She has performed all over the world and has provided tour support for Sarah Millican, Russell Howard, Russell Kane, Hal Cruttenden and Suzi Ruffell.