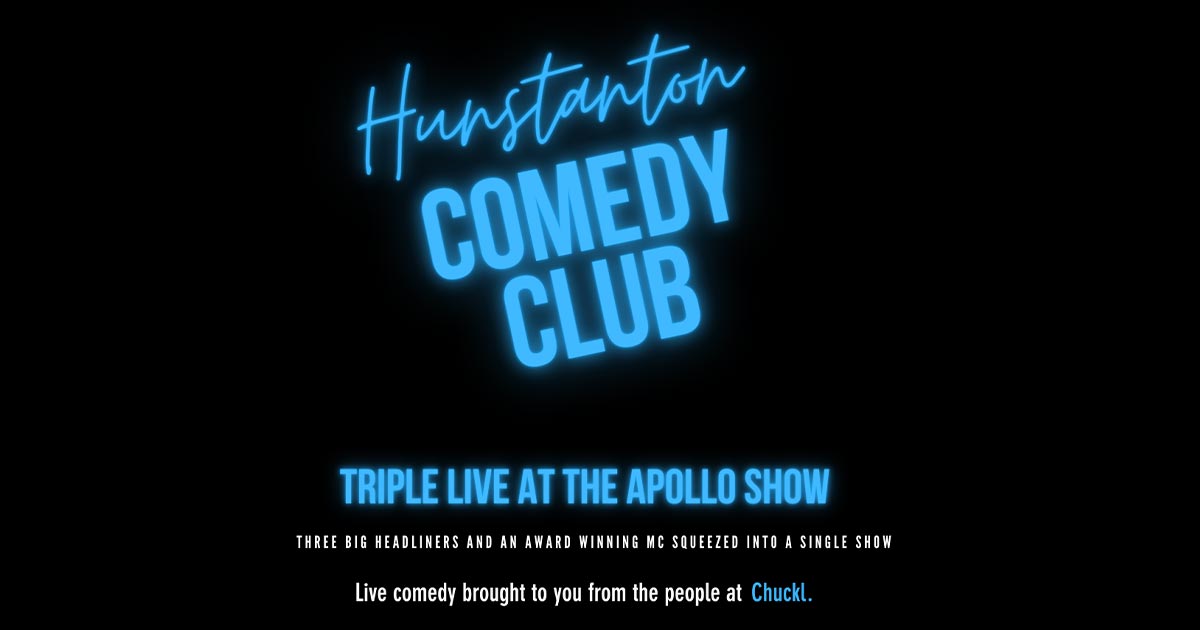 Triple Live at the Apollo Showcase.

Three headliners who have all appeared on Live at the Apollo and an award-winning compere.

As seen on BBC One’s Live At The Apollo and The Michael McIntyre Show “Outstanding. Hughes is gold”

“Tez Ilyas’s political stand-up is candy floss with a razorblade inside: sweet and familiar at first, then shockingly, painfully sharp. It’s the kind of manoeuvre that takes serious talent to pull off.” - The Telegraph FELICITY WARD Grown from a carob pod in a sunny, Central Coast national park, Felicity Ward is a multi-award winning comedian, actor and writer who has toured her award-winning, sell-out shows across the world, winning hearts of audiences and critics everywhere she goes.

She is a regular face on many other international TV shows including Live at the Apollo (UK), Russell Howard's Good News (UK), Alan Davies' As Yet Untitled (UK), The John Bishop Show (UK), Mock the Week (UK), Gotham Comedy (US), Make You Laugh Out Loud (UK), Sam Delaney's News Thing (UK) and Access All Areas (CAN).

So You Think You’re Funny finalist