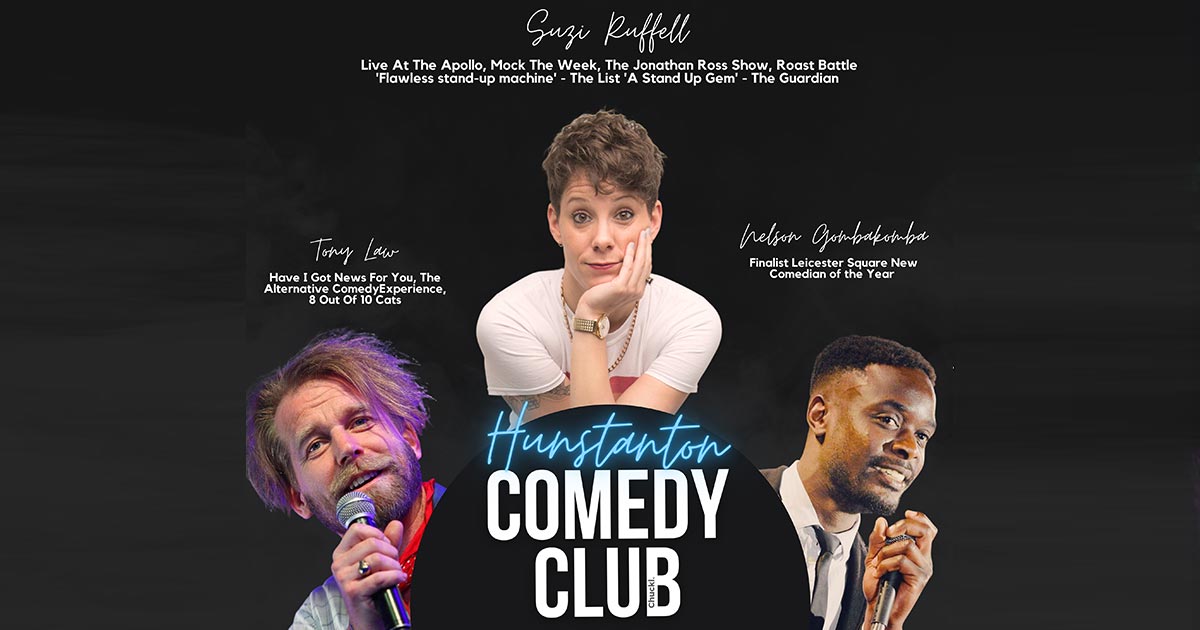 The working-class comedian of her generation, Suzi Ruffell has had five sell-out runs at the Edinburgh Festival racking up critical acclaim from reviewers and audiences alike.

Suzi is best known for her appearances on Live At The Apollo, Mock The Week, The Jonathan Ross Show, Roast Battle, Jon Richardson: Ultimate Worrier, Hypothetical, 8 Out Of 10 Cats, The Comedy Bus, Stand Up Central, Harry Hill’s ClubNite and Suzi Ruffell Live From The Comedy Store.

A regular on BBC Radio 4 shows including The News Quiz and The Now Show, Ruffell also co-hosts the hit podcast, Like-Minded Friends, with Tom Allen. 2020 sees Suzi hosting a brand-new radio show on BBC Radio 2 called Explicable Me as well as launching her own podcast series, OUT with Suzi Ruffell, which celebrates the lives of LGBT+ people and ‘coming out’ through interviews with star-studded guests.

Nelson performs all over the country including the Comedy Store in London which is his favourite comedy club. Last year he was a finalist in the prestigious Amused Moose New Act Competition and he has been known to host shows in Norwich at Gonzo's Tea Room. Last year he performed an hour of entertaining stories about his love for animals and humanity in general, in a show called Animal Lover at Norwich Theatre Royal’s Interlude festival.