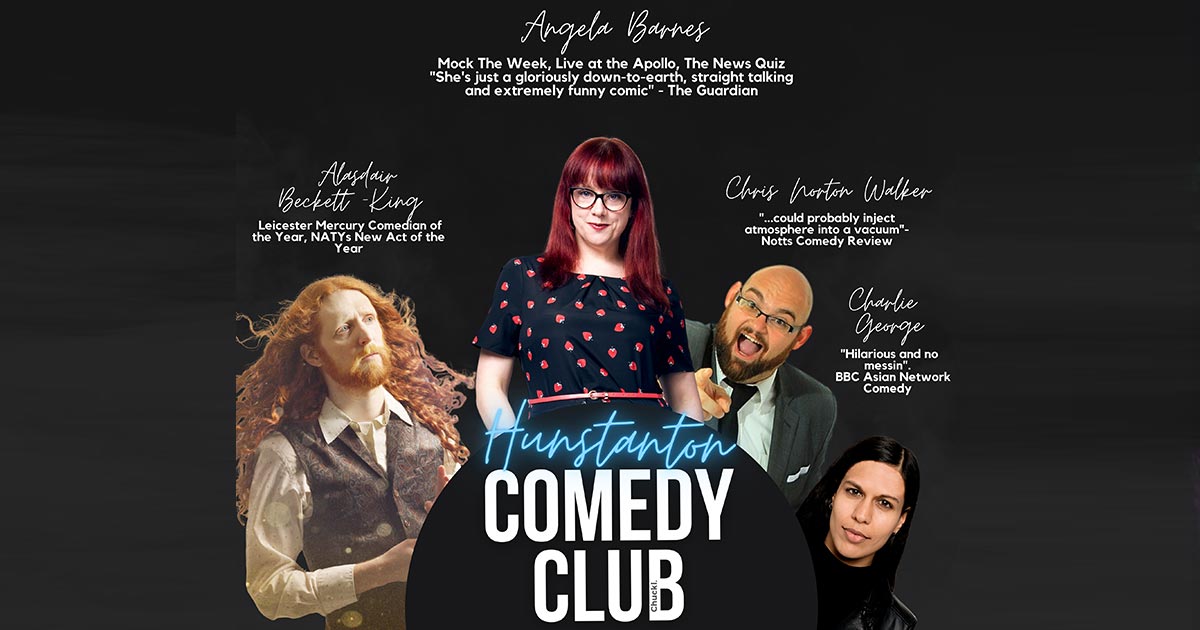 "Brilliantly funny" - SARAH MILLICAN "She's just a gloriously down-to-earth, straight talking and extremely funny comic" - THE GUARDIAN After a career in health and social care, Angela Barnes took the plunge and embarked on her life-long dream to be a comedian. Within just a couple of years she had won the BBC New Comedy Award in 2011, and has now gone on to star in Mock The Week, Live at the Apollo, and Hypothetical.

Alasdair Beckett-King was named Leicester Mercury Comedian of the Year 2017 and won the NATYs New Act of the Year in 2014.

ABK is a literal Renaissance man. A man for two seasons (autumn and winter). A stand up comedian and animator, ABK has written and performed for BBC radio, and for several indie video games. His stand up clip for 'BBC Scotland Short Stuff' went viral in 2017, with over 2 million views, and you wouldn't believe how little that impressed his dad.

"One to watch” Time Out

"Beckett-King is a master of observing the world from a different and yet entirely relatable perspective....Book tickets now as he’s likely to sell very well” ★★★★★ Ed Fest Mag

Charlie George is an award-winning stand-up comedian and writer.

A former circus performer and dancer, Charlie started doing stand-up in 2018 and, since then, has fast become one of the UK circuit’s most exciting new talents. A runner-up in both the prestigious Funny Women and So You Think You’re Funny? comedy competitions of 2019, she has also performed stand-up on BBC Asian Network Live and the BBC’s No Country For Young Women Podcast.

Hilarious and no messin’.

"A fun, teasing way of keeping the audience on their toes" - Chortle (Steve Bennett) Since 2010, Chris Norton Walker has been performing comedy all over the world, including gigs in Europe and The Comedy Store in LA.