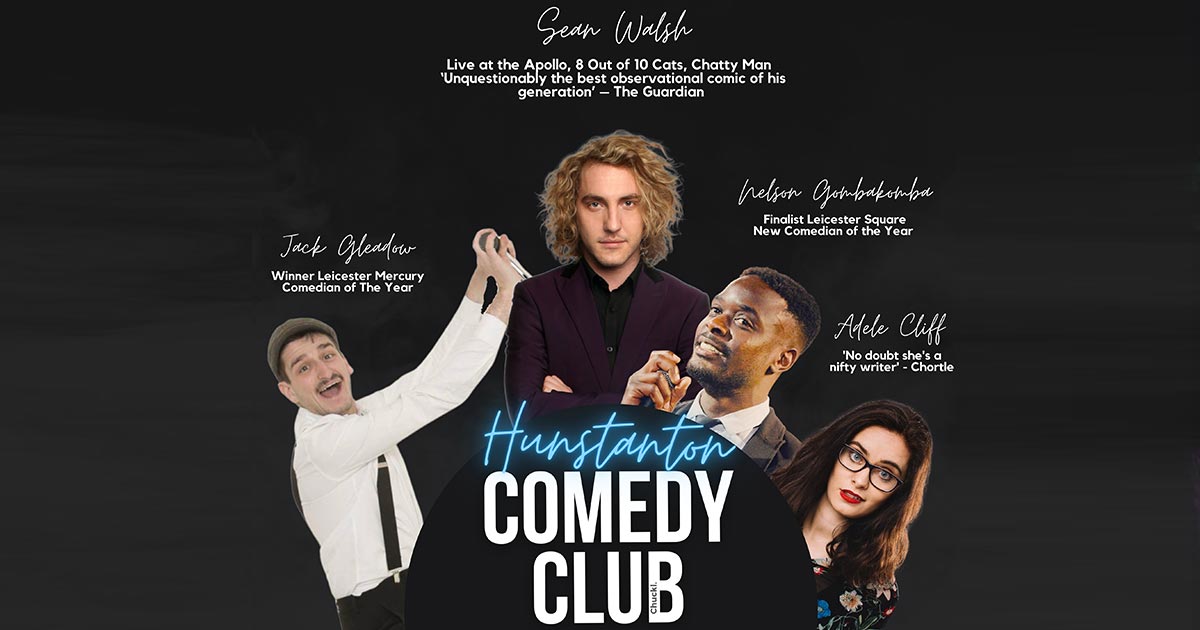 Described as 'the best observational comedian of his generation' (The Guardian), this Edinburgh Award nominee's last UK tour show After This One, I'm Going Home ended with standing ovations around the country. Seann has starred in Netflix's Flinch, Live At The Apollo, Tonight at The London Palladium, Celebrity Juice, Play To The Whistle, Virtually Famous, 8 Out of 10 Cats, Chatty Man, Stand Up Central and is a regular guest on The Jonathan Ross Show.

Not just one of the countries funniest stand-up comedians, Seann can be seen acting in Jack Dee's ITV sitcom Bad Move where he plays audience favourite, Grizzo.

Winner - 2018 Leicester Mercury Comedian of The Year and Chortle’s 2019 Best Newcomer nominee Award-winning, stand-up comedian and Hull local, Jack Gleadow, is one of the most unique performers on the UK comedy circuit today. He takes his inspiration from the golden era of variety; Jack is the One-Man Variety Show with the use of sounds, stories, jokes and a scooter!

'Absolutely charming... a skilled performer, with a real presence and confidence' - The Scotsman

Nelson performs all over the country including the Comedy Store in London which is his favourite comedy club. Last year he was a finalist in the prestigious Amused Moose New Act Competition and he has been known to host shows in Norwich at Gonzo's Tea Room. Last year he performed an hour of entertaining stories about his love for animals and humanity in general, in a show called Animal Lover at Norwich Theatre Royal’s Interlude festival.