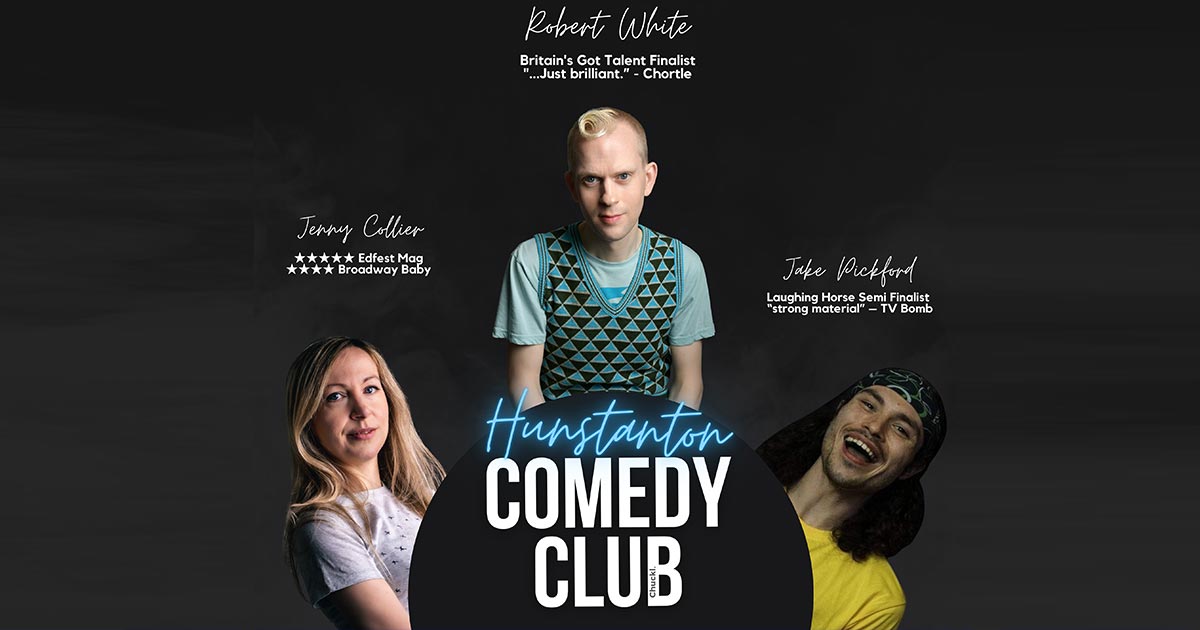 Acts for this show include Robert White, Jenny Collier and Jake Pickford.

Robert is the only gay, Aspergic, quarter-Welsh comic on the British comedy scene. Known for his brilliant timing and performance style, Robert’s chaotic stage presence, improvisational skills and delivery won him the 2010 Malcolm Hardy Award for Comic Originality. And in the same year, he wrote one of Dave’s Top Ten Jokes of The Fringe.

He is arguably best known for coming second in ITV’s highest-rated show, Britain’s Got Talent, in 2018.

The sharp-tongued, multi-lingual Jenny has mastered the art of deftly welcoming her audiences into a false sense of security with her lilting Welsh twang, before taking a dramatic U-turn with her outrageously raw punchlines. She leaves audiences squirming in their seats, head in hands and always wanting more.