West Norfolk Schools will be alive with The Sound of Music

Budding young musicians at schools across West Norfolk will have a chance to fulfil their potential in the autumn term after an announcement that instrumental musical lessons will be rolled out across more schools in the region – with the first term free of charge.

The project is funded by the Norfolk Music Hub and underwritten by The West Norfolk Academies Trust, which manages 11 primary and secondary schools. Socially-distanced pupil assessment will be carried out in the first term, with group sessions starting after that, and organisers hope they can even put together a virtual orchestra of young musicians from across the Trust’s schools.

Additional music teachers have already been recruited, and should the scheme prove to be a success, Rob Galliard, the Trust’s Director of Primary Music hopes to expand it to more schools and more teaching hours later in the academic year.

“The initiative started in summer 2019 at the Trust’s primary and junior schools, where string, woodwind and brass lessons were made available,” he said. “Now we’re expanding the string and woodwind programmes into more of the schools that feed into our secondary schools, and we’ll also be adding extra brass lessons at secondary school level for those who are making the move up this summer.”

The idea for the expansion of music teaching came from Peter Strudwick, who is director of music at one of the Trust’s secondary schools, Springwood High.

“He was disappointed at the number of children coming up to Springwood who hadn't had the opportunity to start learning to play an orchestral instrument and were unable to feed into the school’s musical community,” explained Mr Galliard. “Andy Johnson, who is the executive head teacher of the Trust, had seen what a positive effect musical activity has in schools so the decision was taken to increase the availability of lessons across all the schools.”

Headteachers across the Trust’s schools appreciate the wider benefits of music lessons, Mr Galliard said, beyond just the skill of learning to play an instrument. 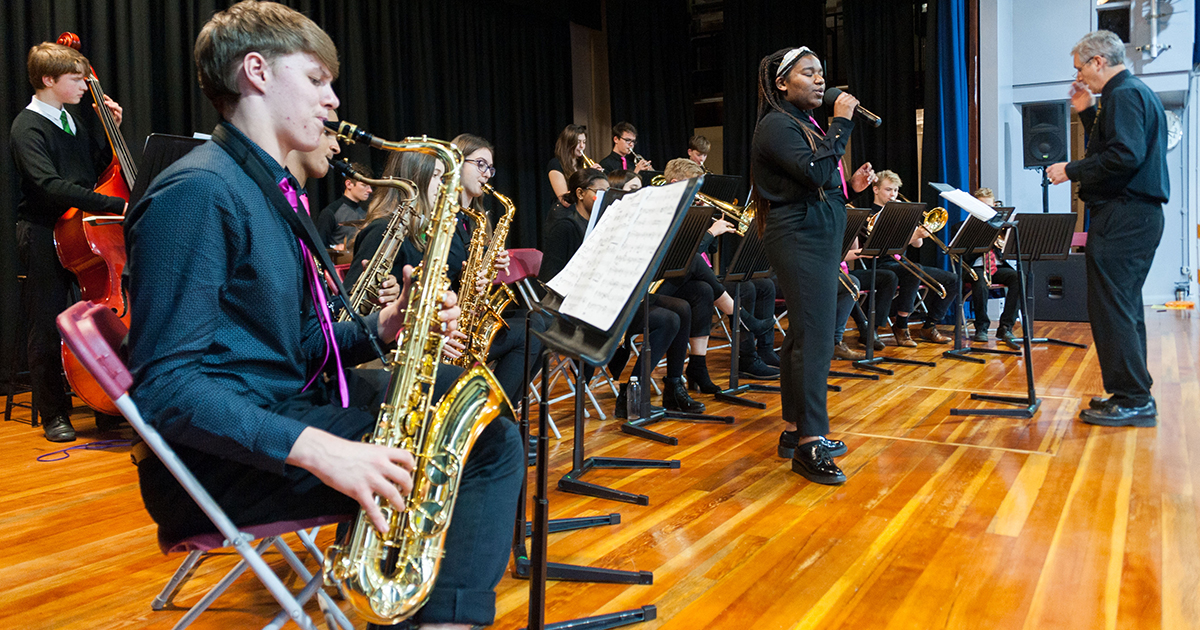 ”Children can acquire skills that are not always accessible in the normal curriculum. The ability to work alone and then bring that to being part of a team, the need to 'get it right', and later the opportunity to show their musical skills can create a character-building sense of self worth. It’s an entirely positive thing.”

At the end of 2019, around 100 children from the Trust’s schools played together at Springwood, and the plan is for something similar to happen, in virtual form, at the end of this year.

Mr Galliard continued: “Long term, the plan is for children at all the primary schools that feed into our high schools will be part of the scheme. Springwood has been alive with the sound of music for many years, so we look forward to that being seen and heard elsewhere as well.”