A rubbish-collecting robo-dog, a piggy-bank hat and an edible wellington were just some of the innovative designs on display when three primary schools came together to celebrate their pupils’ creative talents. 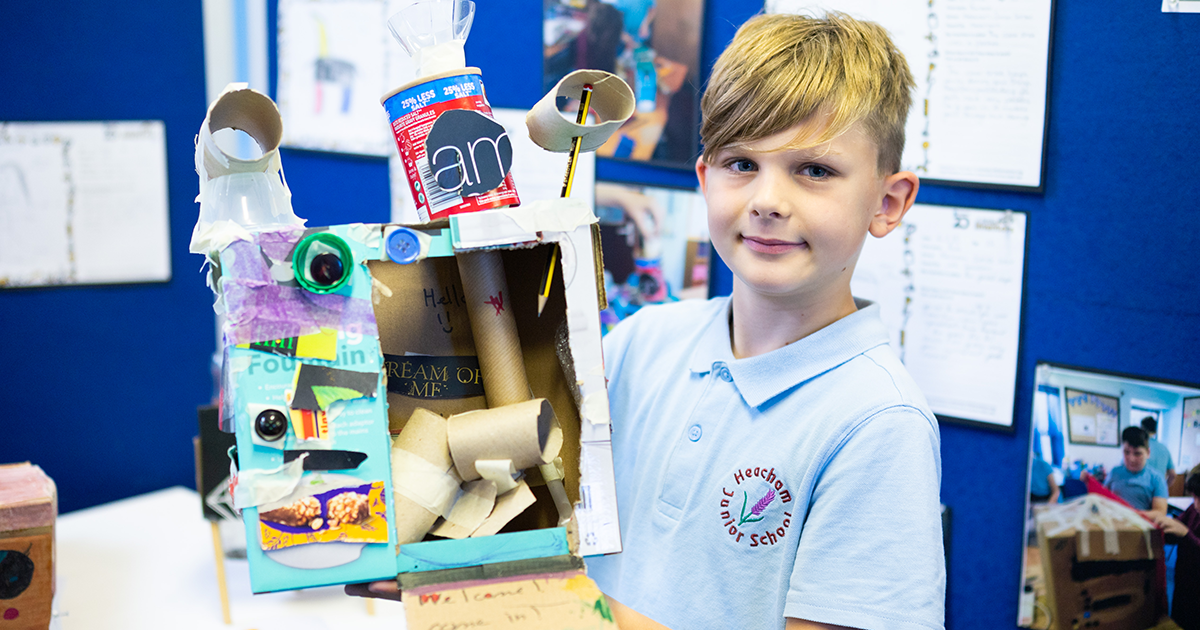 The Little Inventors exhibition featured a selection of work from 200 students, aged four to 11, who attend Heacham Junior School, Snettisham Primary School and Heacham Infant School – all of which are members of the West Norfolk Academies Trust. 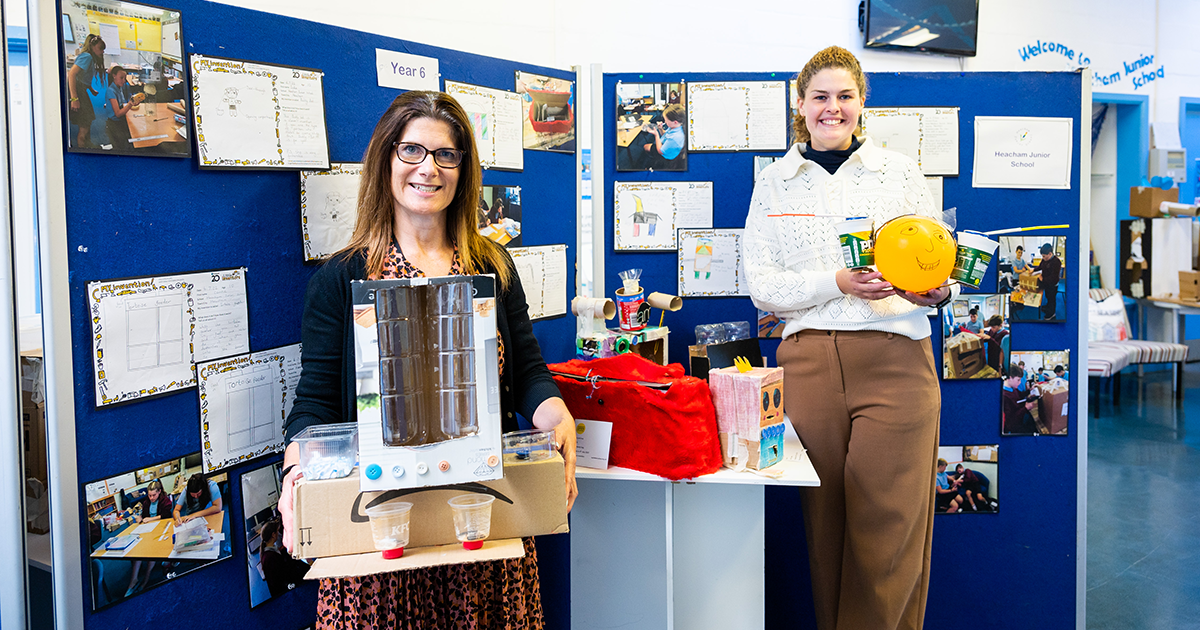 Staged by Norfolk Open Studios, which promotes artists, makers and schools across Norfolk, the event was held in Heacham Junior School’s Hall, where boards and podiums displayed around 100 of the students’ designs, as well as over 20 of their inventions. 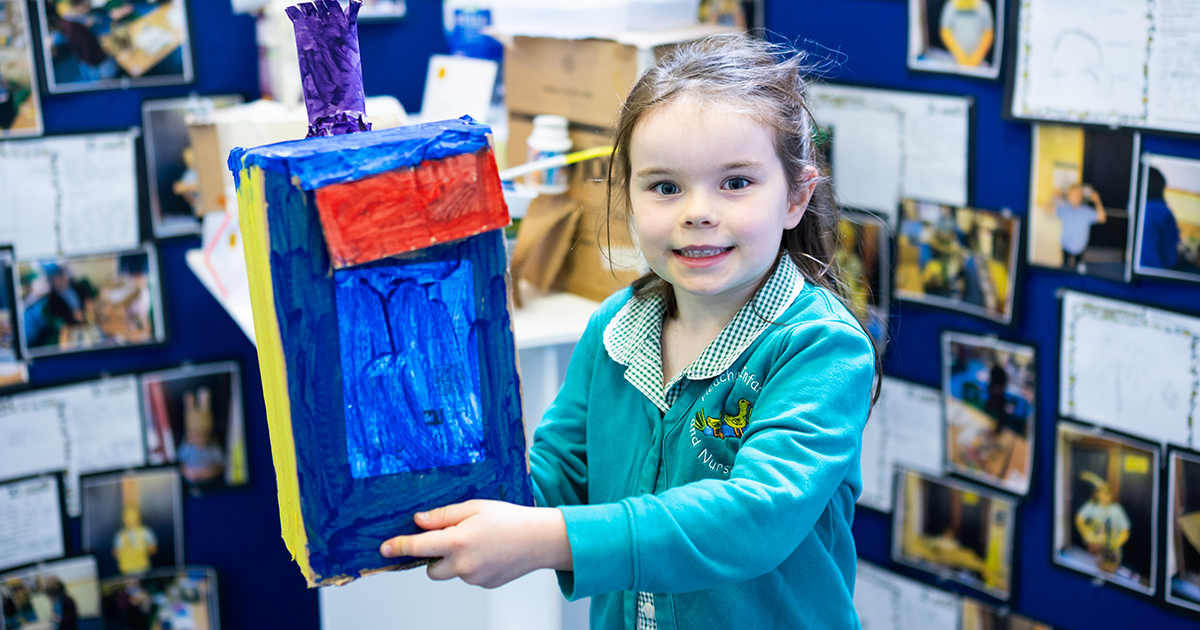 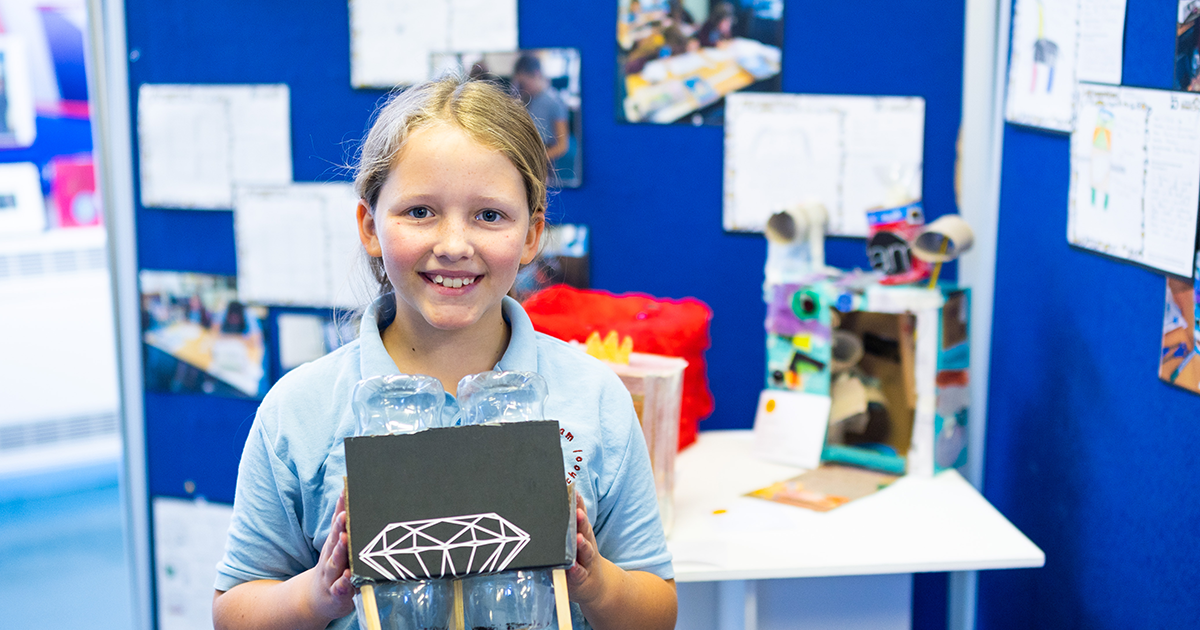 “The theme was ‘Little Inventors – Making Their World Better’, and the children loved having the freedom to design and make an invention that would improve their world,” said Yazzmin Tillbrook, Art Lead at Heacham Juniors. 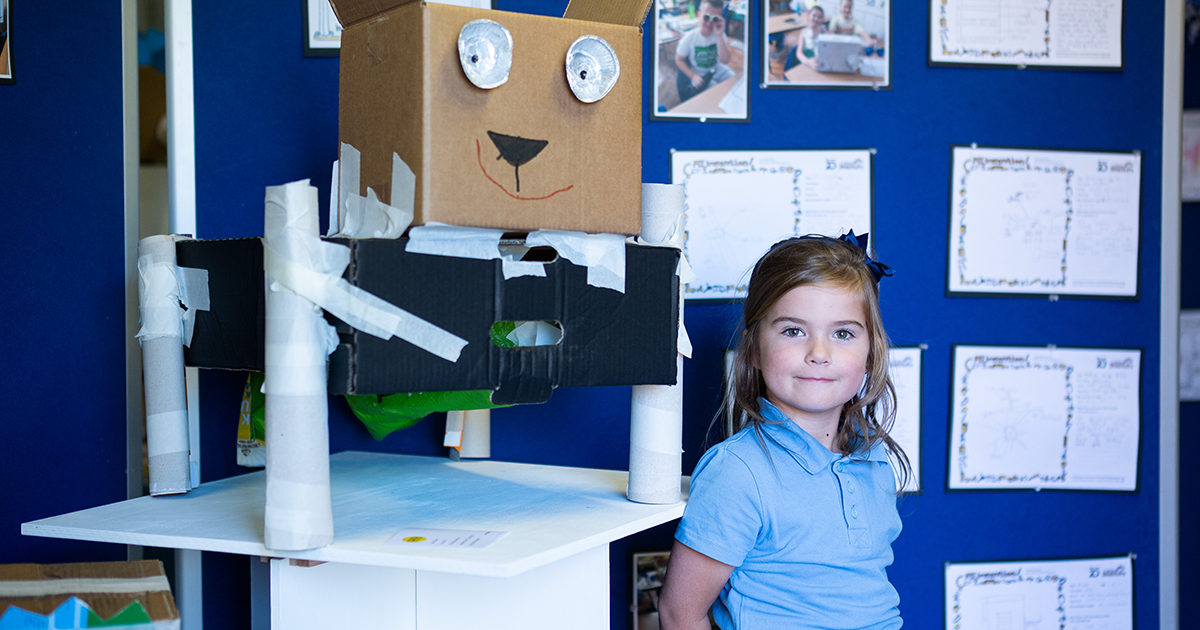 “It was a one-off event for Norfolk Open Studios this year to showcase the amazing creativity in our schools, and, as the art lead at Heacham Juniors, I worked closely with the art leads at Snettisham Primary and Heacham Infants.”

She continued: “We chose the top inventions in each class to show in the exhibition. The children worked in groups, pairs or independently to create their inventions, and we had most of the children’s designs and photos of the process to exhibit too.”

The inventions were viewed by parents and visiting members of the public.

Mrs Tillbrook added: “Many things inspired their ideas to make their worlds better. One invention from Isla in Year 4 at Heacham Junior School was a hat that you can store money in as a piggy bank, and tilt your head forward to empty out the money.

“She designed the invention to help her store her money, and planned out what type of materials she would need in advance, then brought in tubes and money so she could test her invention.

“Another invention is the Barker dog robot created by Ash Class at Snettisham Primary, which helps clear up litter with a tail that can suck rubbish into a bag.”

“There was also a great invention made by Olivia in Reception at Heacham Infants. She created a marshmallow welly that you can pull off and eat whilst on a walk when you feel hungry!”

Pictures were taken by Ian Burt