Despite Norwich being named among the five unhappiest places in the country to live, other areas of Norfolk reveal good levels of life satisfaction and happiness, research has revealed.

Office of National Statistics (ONS) have released their annual report on ranking quality of life throughout the country.

Norwich was placed alongside Worcester, Lincoln, South Ribble and Surrey Heath for the unhappiest places to live.

Personal well-being was measured throughout the country by asking people to rank how satisfied they are with life, whether they feel they have purpose in their life and how happy and anxious they felt yesterday on a scale of 0 to 10.

In King’s Lynn and West Norfolk for the year 2018/19, life satisfaction was rated as 7.9, worthwhileness at 8.0, happiness at 7.7 and anxiety levels have increased slightly from 2.2 the previous year to 2.6.

North Norfolk ranked life satisfaction at 8.0, worthwhileness at 8.1, happiness at 7.8 and anxiety at 2.5.

In comparison, Norwich was rated as 7.6 for life satisfaction, worthwhileness 7.6, happiness at 7.2 and moderate anxiety levels at 3.2.

The average happiness rating across the UK measured at 7.56, a slight increase of 0.04 from the previous year.

“We know that people in rural areas tend to rate their well-being more highly than people in urban areas,” the report says.

You can see how West and North Norfolk compare to Norwich in the tables below. 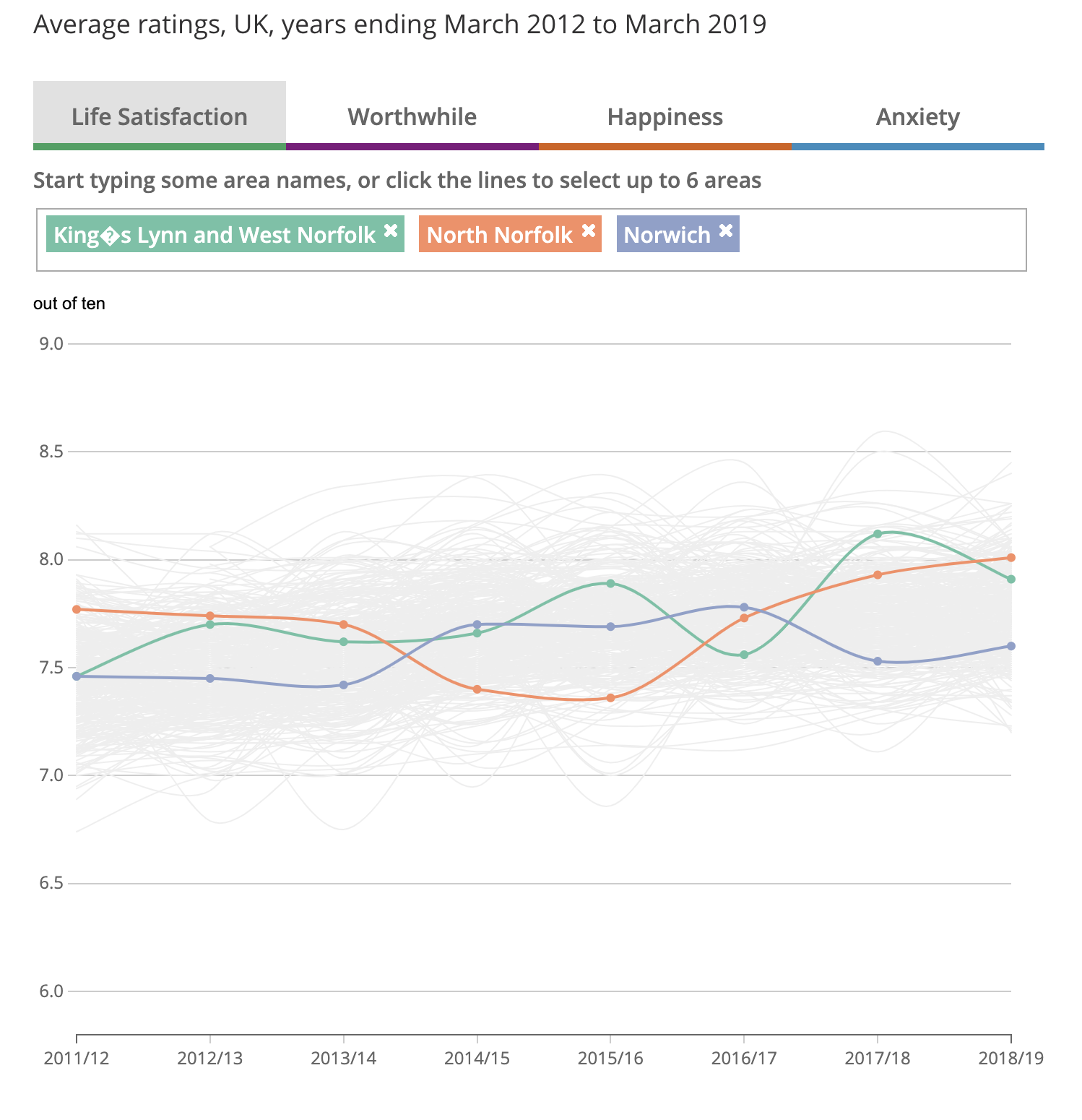 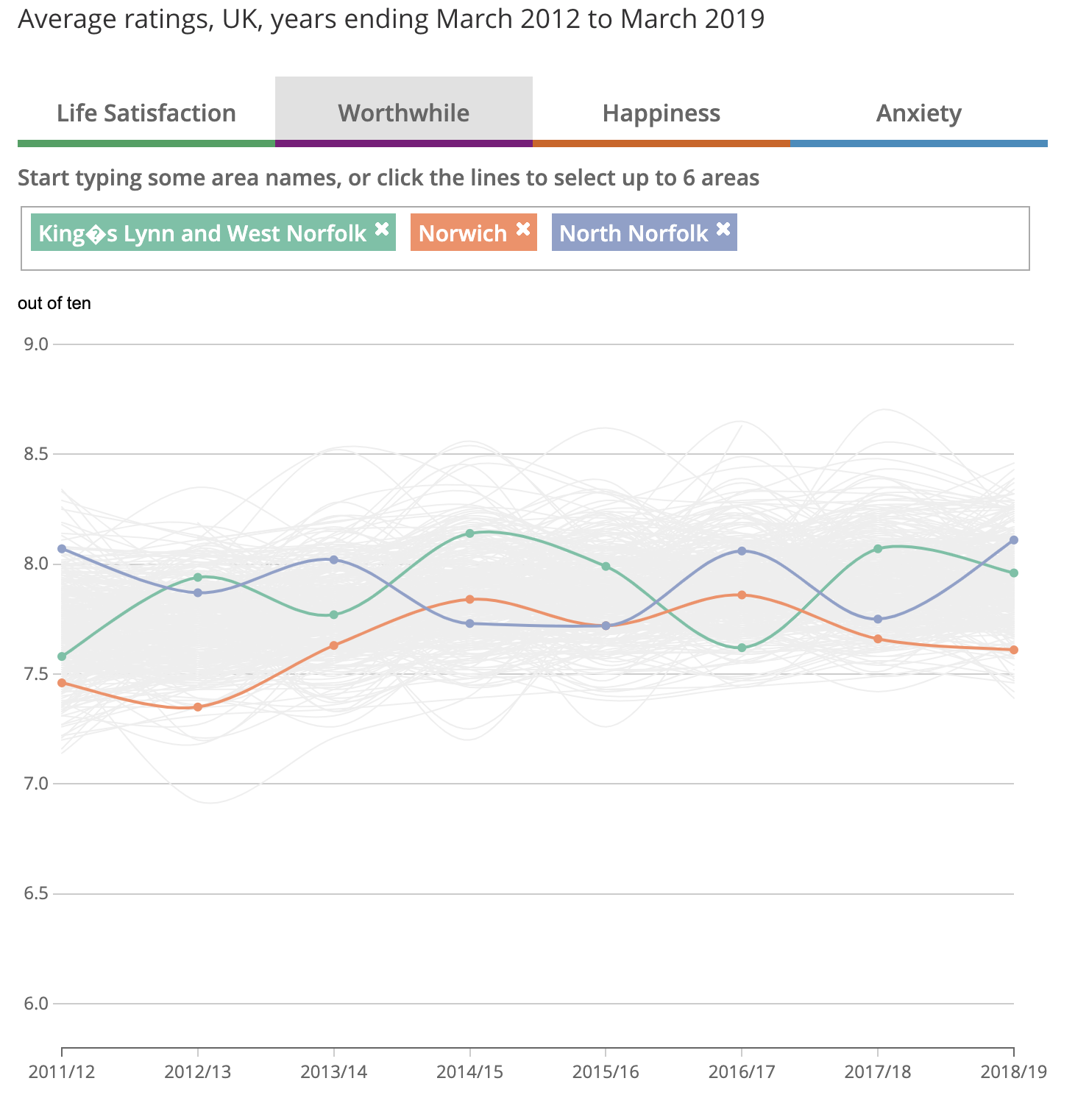 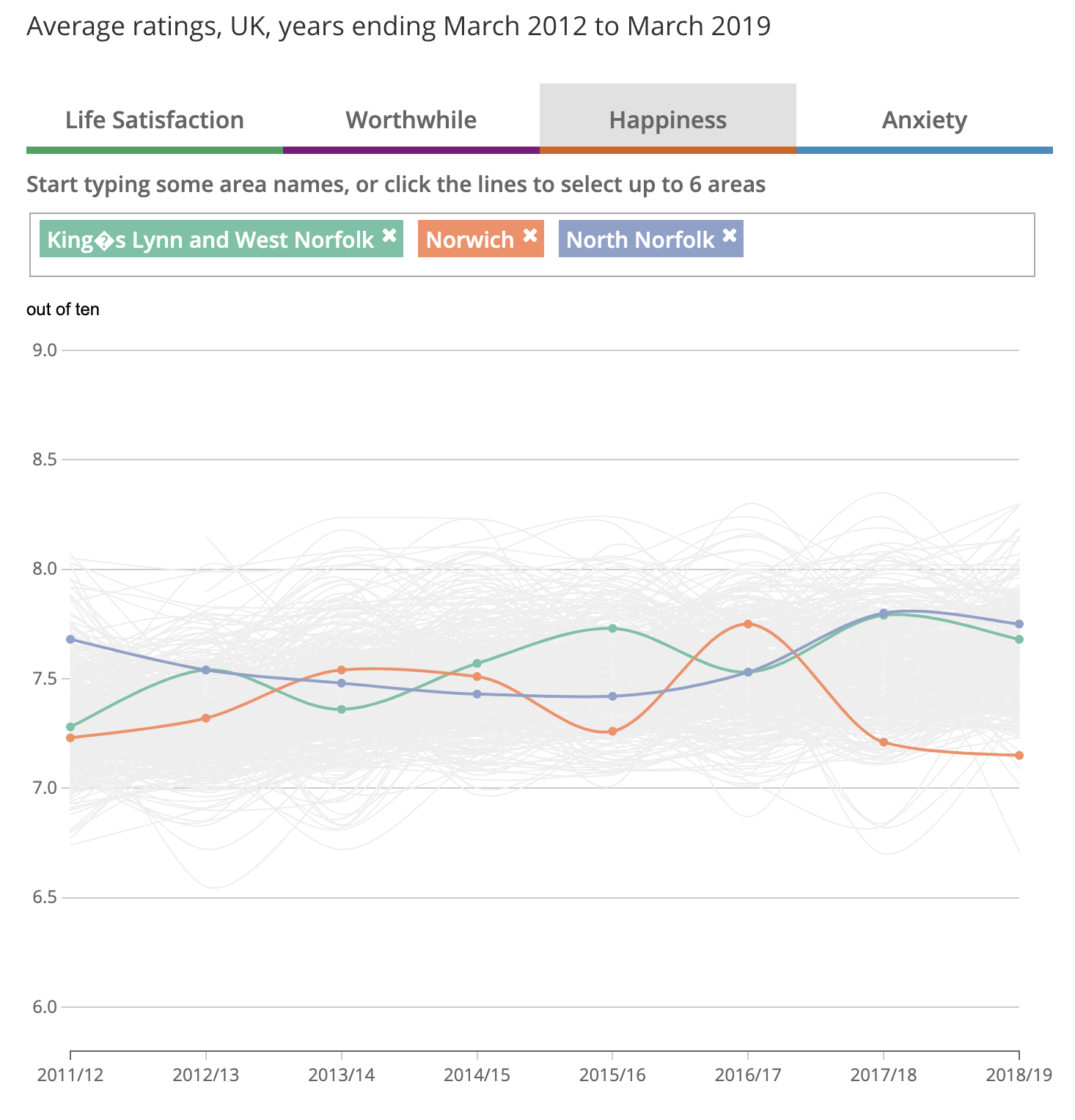 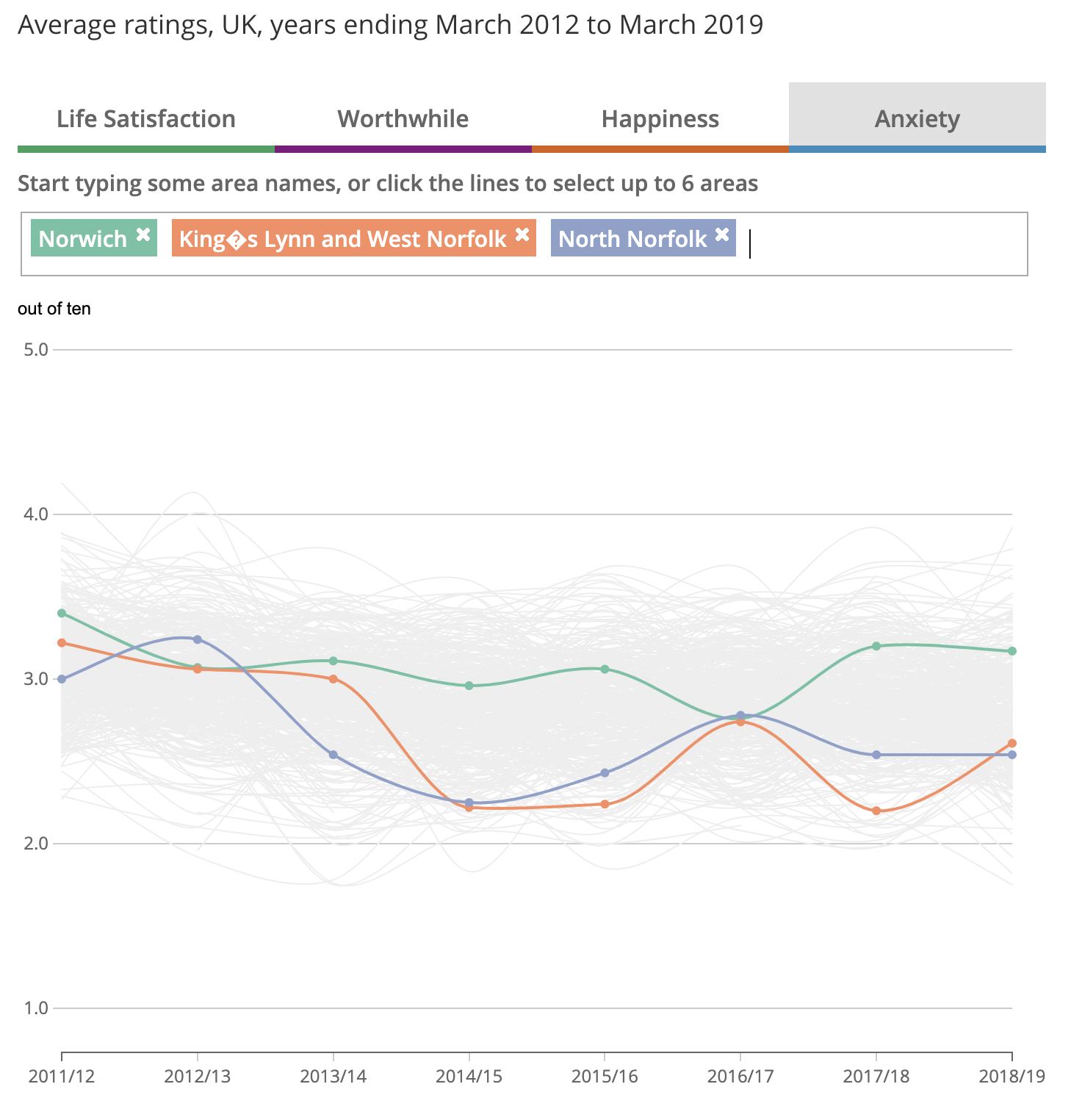