The laying of wreaths by Hunstanton’s Mayor Cllr Tony Bishopp and Royal British Legion Branch Chairman Simon Matthews and a two minute silence at 11am at Hunstanton’s War Memorial in the Esplanade Gardens this morning commemorated those servicemen who lost their lives outside Europe during the Second Word War. 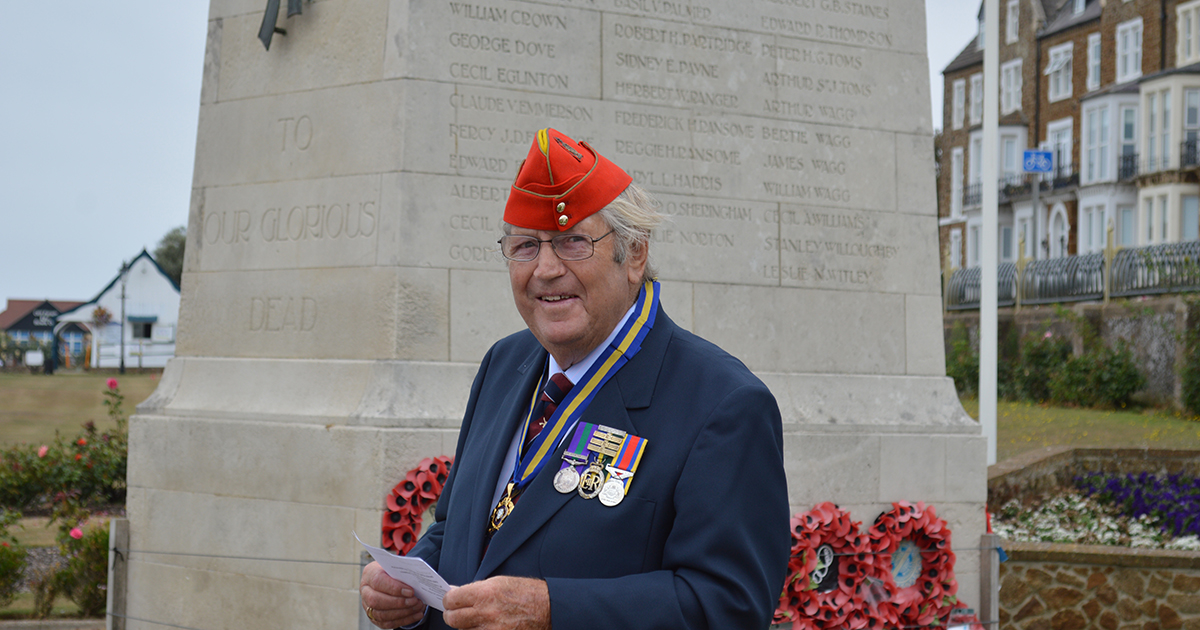 The Royal British Legion Standard was lowered and a two minute silence was observed by locals and holidaymakers in the gardens.

Amongst the gathering were former service people including Ted Barrett who with wife June has created a VJ Day display on the fence at their home in Butterfield Rise. This tells the stories of local men who served outside Europe during World War Two. T &A reported their work on the VE Day display in May and they were keen to complete the project with the stories from the Far East. 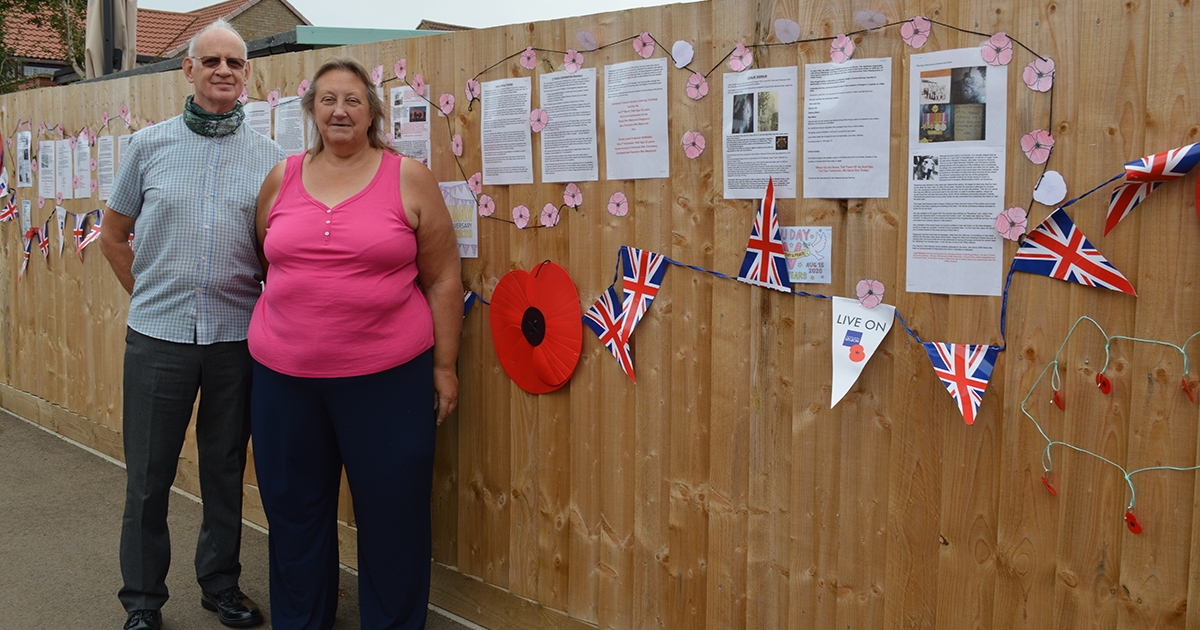 One of the men commemorated here is Leslie Gould (better known as Les) who survived the war having served in South Africa, India and Burma. He was attached to the 14th Army that helped recapture Rangoon on May 2nd 1945. After the war he married and had six daughters, the youngest, Ruby, is a neighbour of Ted and June’s on the Butterfield Meadows Estate and she helped write his history for the project. Les died in 1999. 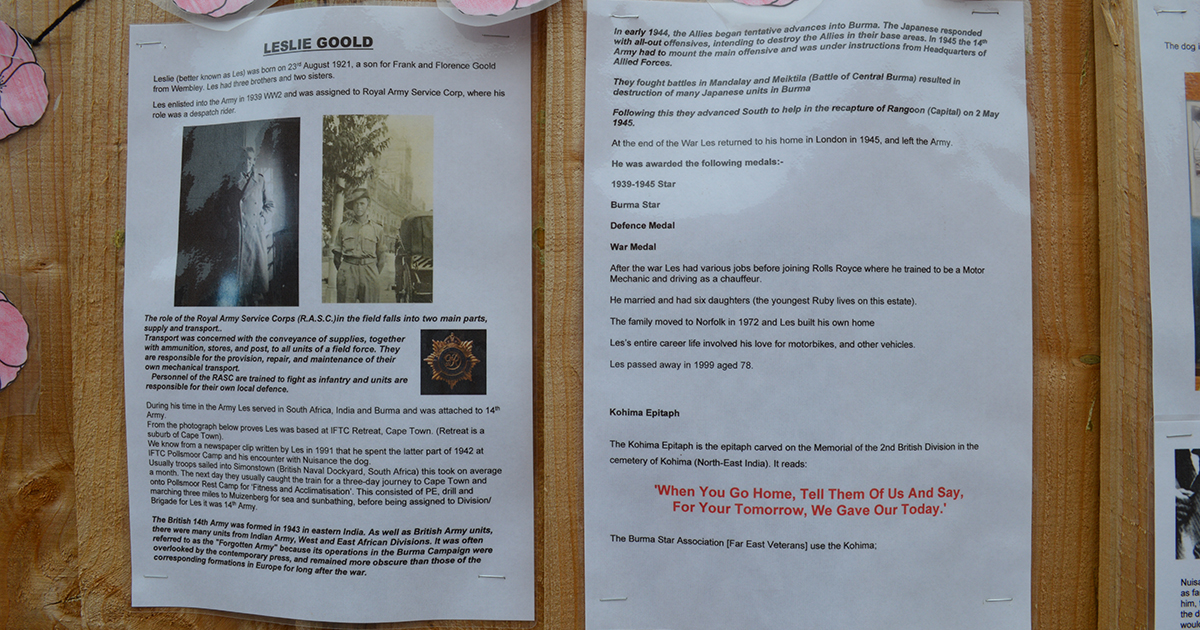