The families taking part are among around 200 refugees currently being supported in this borough under the Homes for Ukraine scheme, after fleeing the conflict in their home country.

As a thank you to the people of west Norfolk for the welcome into the community that they have enjoyed, the children have been practising some Ukrainian Christmas carols, which they will sing to the crowd as part of the afternoon’s entertainments.

This is part of the wider event to celebrate the switch on of the Christmas lights. It includes a free lantern-making workshop for children, after which the youngsters can carry their lantern in the ‘Light The Way To Christmas’ lantern parade, and entertainment from the Miss Jones Trio and Bear Club.

“Last year, coming out of the pandemic, we wanted to have an inspirational young person to turn on our Christmas lights as a representative of the spirit and fortitude shown by the children of West Norfolk who people could rally round, and we did just this with the wonderful Daisy.

“This year we have all been touched by the terrible, unjustifiable and unlawful war in Ukraine, from those who have lost loved ones and all they own, or had to flee the conflict, to the global effect on food and energy bills that we are all now experiencing.

“These are difficult times for many and we are doing all we can to support those affected. I am delighted that some of the many Ukrainian families who’ve arrived here and their kind hosts, who represent our local community at its best, have agreed to turn on the Christmas lights as symbols of the love, welcome and community spirit of us all.”

Simon Rowe from Radio West Norfolk will be playing Christmas hits and games in between the live music on stage and after the Christmas lights switch there will be more festive classics from Bear Club. Other town centre activities will be going on from 11am, organised by Discover King’s Lynn – for details see www.discoverkingslynn.com/whats-on

In August refugees, many in traditional dress, hosts and members of the local community gathered at King’s Staithe Square for the commemoration of Ukraine's Independence day, reflection and vigil that also marked six months since the illegal Russian invasion. On that day overlooking the square, the Custom House was bathed in the blue and yellow of the Ukrainian flag. 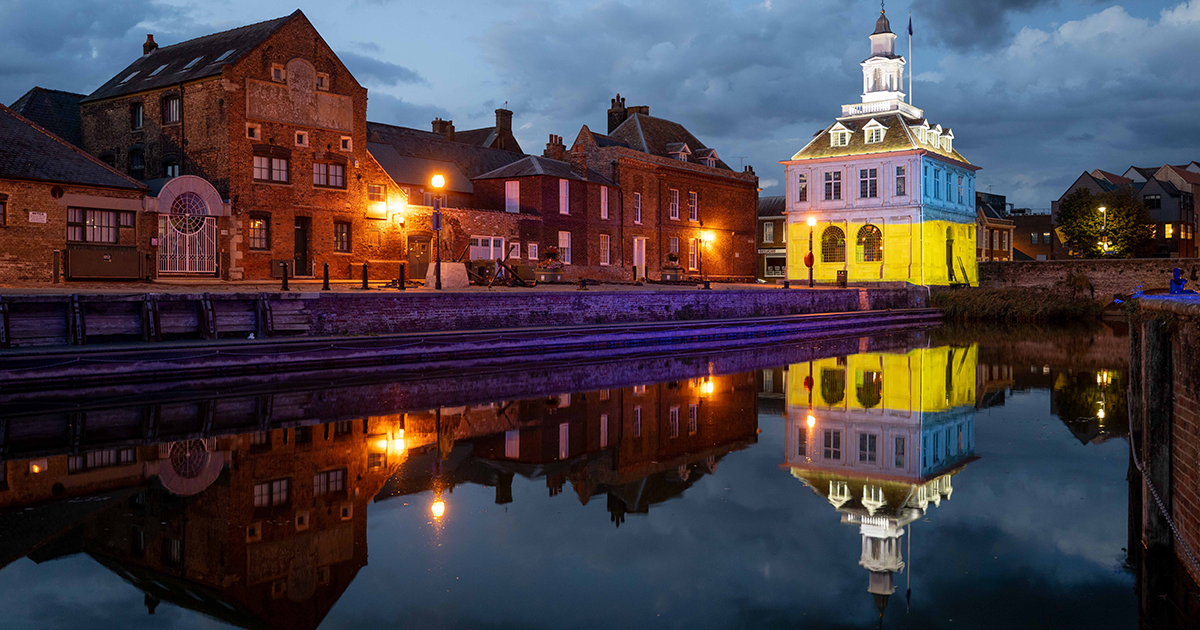