The Thursford Christmas Spectacular is back, lifting the spirits of audiences from all over the country.

It has all the ingredients we have come to expect from producer John Cushing. Highly talented dancers and musicians, including a full orchestra and bagpipers, using the largest stage imaginable to excellent effect. 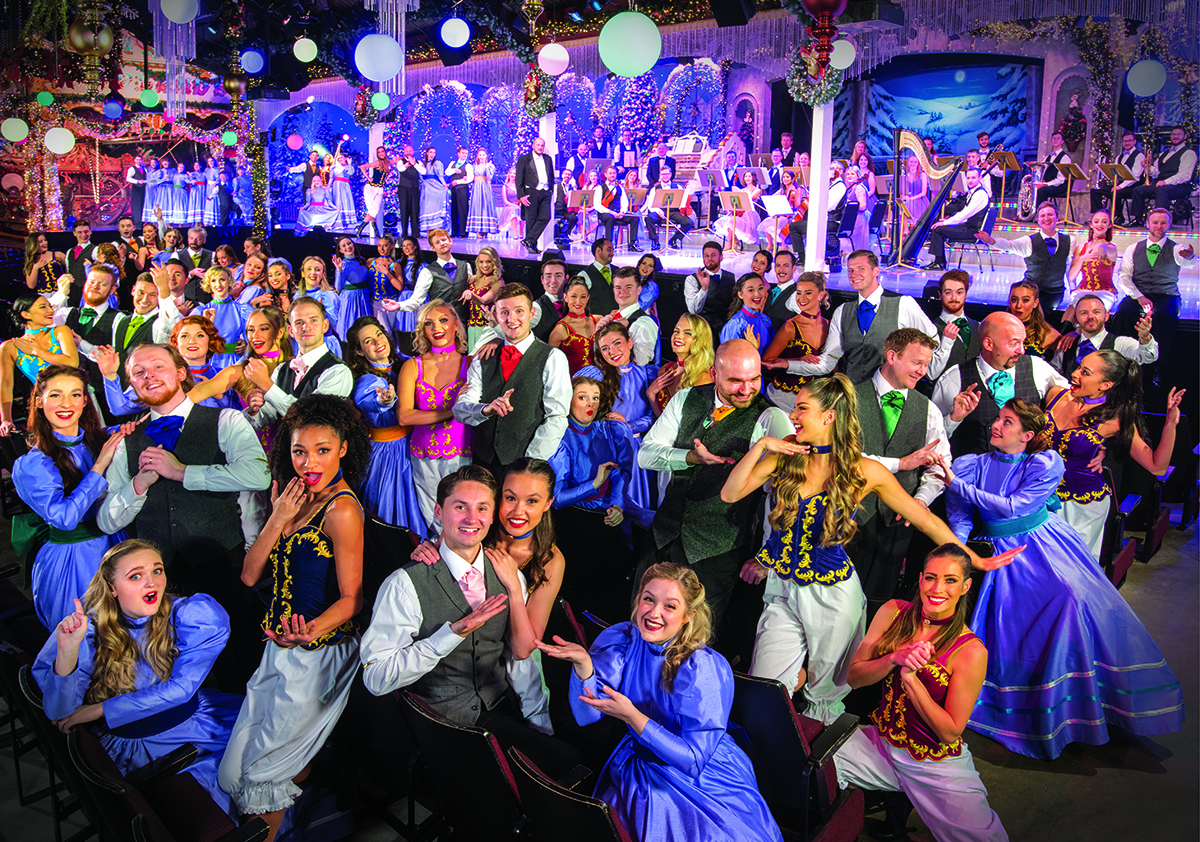 The colourful costumes and creative lighting are truly magical. Along with new arrangements of traditional songs, there are also some popular Christmas carols. These are interspersed with expertly choreographed dance routines, emphasising the strength and flexibility of the human body. The same is true of the Polish acrobatic husband and wife duo.

Incredible strength and agility are personified by acrobat Billy George on the Cyr Wheel.

The music used for his second half slot on stage is pure rock and roll, sounding very much like ZZ Top and perfect for such a dynamic act.

By way of contrast, David Sherwood's white doves epitomise the peace that every sane person hopes and prays for, especially in the run up to Christmas. Expert juggling is performed by two brothers who started out as street performers in Ethiopia 20 years ago. They will know only too well the importance of peace.

Linking the glitz and glamour together, as compere, can be a thankless task, with the audience impatient for a continuation of exciting music and dance. However, when Kev Orkian takes to the stage he soon has the full attention of his audience. He plays the part of an illegal immigrant from Armenia so convincingly that it is easy to forget that in reality he is a highly accomplished actor, singer and stand up comedian. As the show progresses it becomes apparent that Kev the compere is also a distinguished comedy pianist.

The fact that this amazing show takes place in the middle of nowhere is, of course, down to one man's success in fulfilling a dream. It is on a par with the film starring Kevin Costner entitled "Field of Dreams", but that was fiction!

John Cushing OBE seems to thrive on the demanding task of putting the Christmas Spectacular together each year. This must be down to his ability to hire experts in their own field and then welding them into an amazing team. It is not just on stage and back stage where this appears to be the case, it is also evident throughout the complex, where a friendly and cheerful personality seems to come naturally to staff, regardless of whether they are serving in the shops and restaurant, or manning the generous car park as stewards...

Thursford Christmas Spactacular Illuminations outside as well as inside