The pearl of Brancaster

Brancaster is synonymous with shellfish and in particular the oysters and mussels that the Southerland family have harvested for generations.

The conservatory at the back of Cyril Southerland’s house in Brancaster Staithe has a view of the sea that many would envy, and he looks out to his workplace each day in the knowledge that his ancestors have .

“Grandfather had oyster dredgers” said Cyril, “ in those days it was the native flat oyster that they harvested (known and Burnham Grounders), but they were wiped out by a parasite and dredging stopped before the First World War.”

It wasn’t until 1973 that oysters returned to the harbour so in those in-between years the oyster fishery went to whelks, cockles and mussels and the shellfish industry was an important industry in Brancaster employing about forty men.

In 1972 there was an experiment in Thornham Harbour conducted under the auspices of the Ministry and 2000 seed oysters did so well that fishermen, including Cyril, asked Eastern Sea Fisheries if he could try some at Brancaster. He was given 2000 Gigas (rock oysters). These seed oysters were tiny, about the size of your little fingernail. Cyril put them on a trestle and they thrived, taking advantage of the natural nutrients that run through the salt marshes in seawater that’s amongst the best of the British coastline.

A sharp rise in production meant that by 1980 there were ten people harvesting the oysters in the harbour, but now there’s just the Southerlands and the Richard Loose in the oyster farming business, supplying some of the best oysters you are ever likely to eat.

Contrary to popular opinion, oysters are an all-year round crop. Pre-refrigeration days folk were wary of eating the mollusc when there was no ‘r’ in the month (in the same way that pork was eschewed) but these days it is safe to eat them all year round.

Farming oysters is a labour intensive job that is mostly done standing in the freezing waters of the Wash. The men have to work the tide having just a four hour working window when the oysters can be farmed. We were interested to see Ben’s thermal and reinforced waders that come in at a whopping £200 a pair. It is the hands that suffer the most though as when the oysters are growing they need to be separated regularly into large mesh bags and they are all harvested by hand. And after all that the oysters need to be depurated before sale. This process involves placing the oysters in tanks of sea water which is circulated through Ultra¬-Violet lights that purify the water that the oysters are filtering. The operation takes 42 hours and then they are ready to eat. Incidentally, the mussels that the family harvest between October and March are also treated in the same fashion; it is an EU regulation and Ben says that even after we leave the EU the same regulations will be applied. 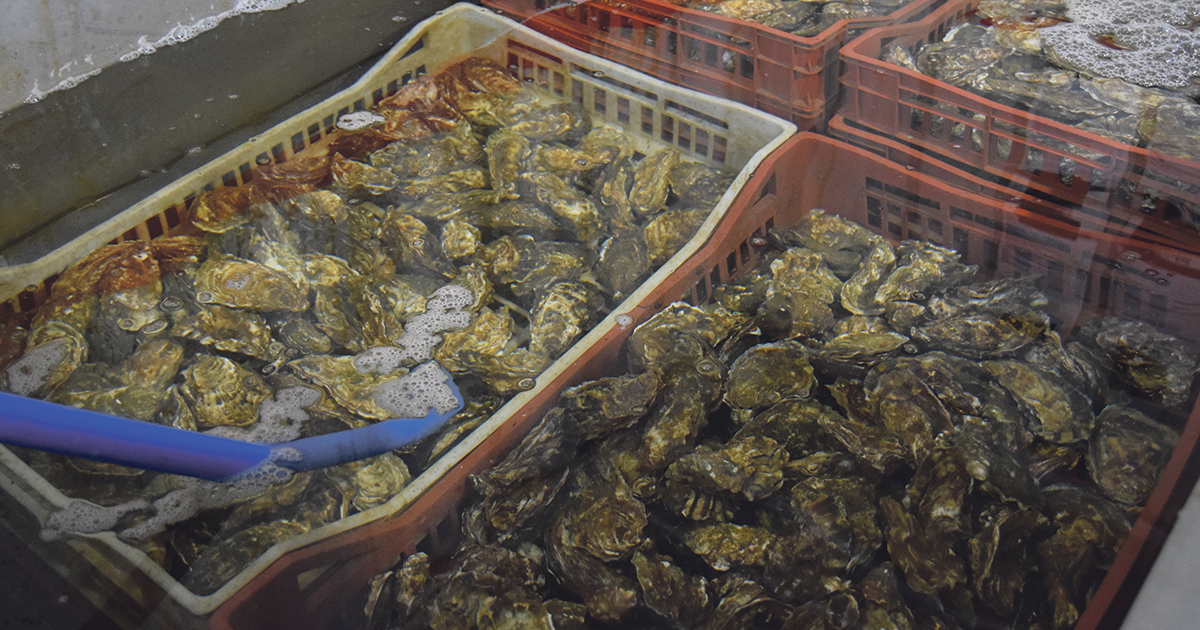 Now working with his son Ben, Cyril says he won’t retire and he’ll die in his waders! The father and son team were joined by Hannah this year. Daughter of Cyril and wife Ruth, and sister to Ben, Hannah was recently a victim of the CITB relocation to Peterborough after 20 years.

When Covid-19 struck in March and all the restaurants were forced to close not only did their market disappear, but there appeared to be no alternative route to market for their produce. That is until Ben had the idea of selling direct to the public. Additionally, people who had been used to enjoying oysters were asking where they could source them; they needed to do something. Step up Hannah who thought she could manage the marketing. Packaging was sourced and plans made to set up a local delivery service. Hannah said: “We thoroughly enjoyed setting up the delivery service and meeting fans of our shellfish; it has given us huge smiles over the summer months. 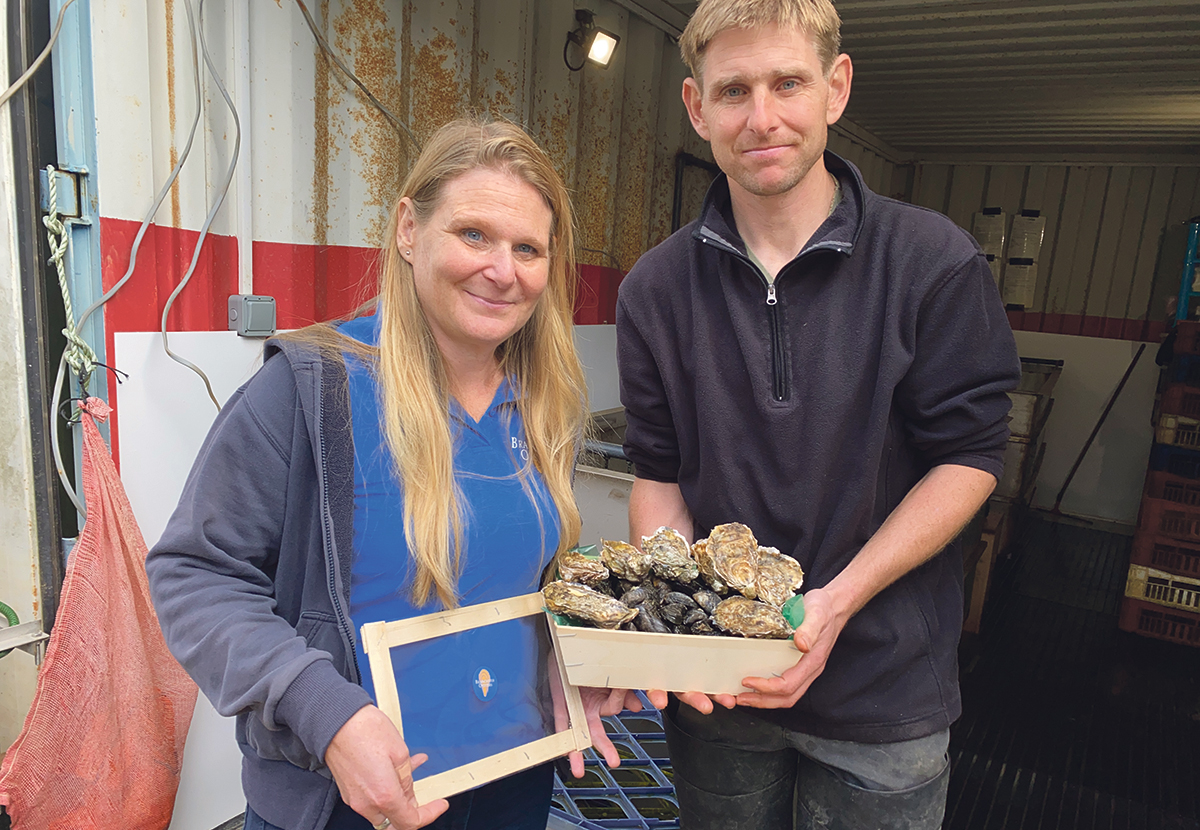 “Ben and Cyril take great pride in their products and love the feedback I take them home from the delivery round.

“My fourteen year old son Noah, being off school helped us with the social media side and deliveries, it was a great home schooling lesson.

“My husband is the designer and he helps with the advertising.

“As the daughter/sister, I have a lot to learn but there is never a dull day, and it’s far stretch from the corporate world I'm used to!

“We still have lots to learn about the retail side, but are hopeful the mussels will be received as well as the oysters.”

Hannah delivers their oysters and mussels within a 30 mile radius of Brancaster every Friday and customers have to get their orders in by noon on Wednesday. 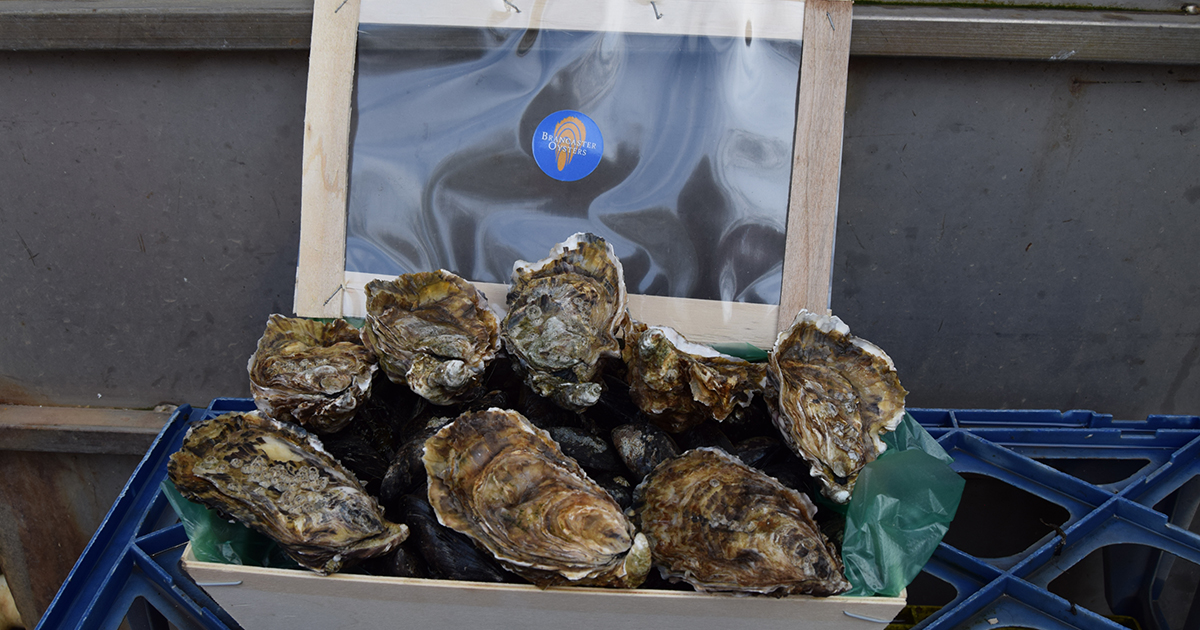 As long as oysters are stored properly they will last for five days. Always store the oysters in the fridge flat side up, that will keep them fresh. 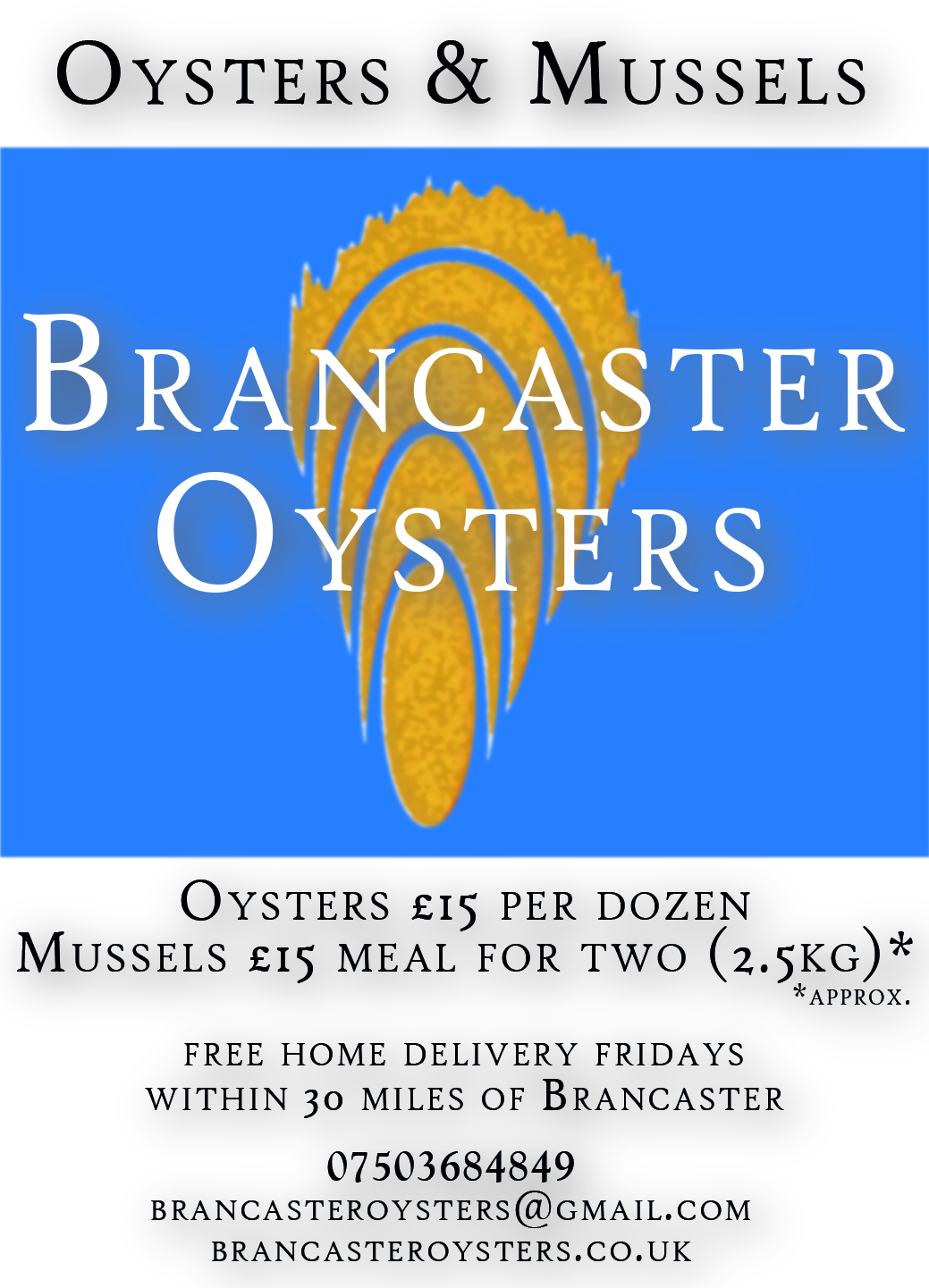