If you don’t know what a sportive is, then don’t worry neither did I. Having been an active cyclist for over 60 years this was my first. This type of event used to be called a reliability trial, I rode my first Welwyn 100 when in my early teens back in the sixties, effectively it’s not a race although you do carry an identifiable number on your bicycle. It’s about seeing if you are capable of safely completing a specified distance, normally on quiet lanes around a given course with lots of clear signage with other riders of varying standards. You generally have a lunch stop, there are mechanics around, just in case, there are basic food and drinks included in your start monies and at the end of your given trial a Bar-B-Q that’s really great value. You get the chance to show off your best bike, your kit, and skills of riding. 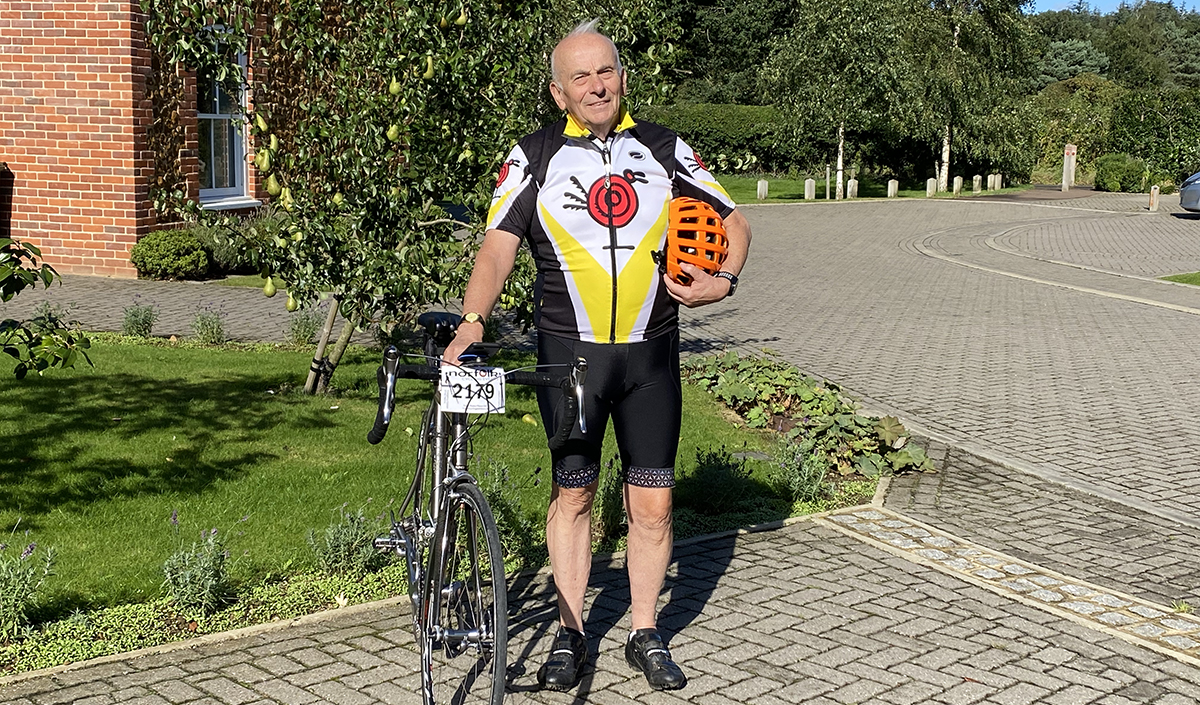 This first event used Thursford show ground as its headquarters, the second used Swanton Morley community centre the facilities in both were excellent and with a field of several hundreds there was never a queue for any facilities.

In the first event I had selected the middle of three adult options to ride 30/60/90 miles. Not being that confident of my personal fitness 60 seemed sensible. The second event I was slightly more knowledgeable and elected from 10/25/50/75 & 100 to go for the 75. Both events were the furthest I had ridden for over 25 years. 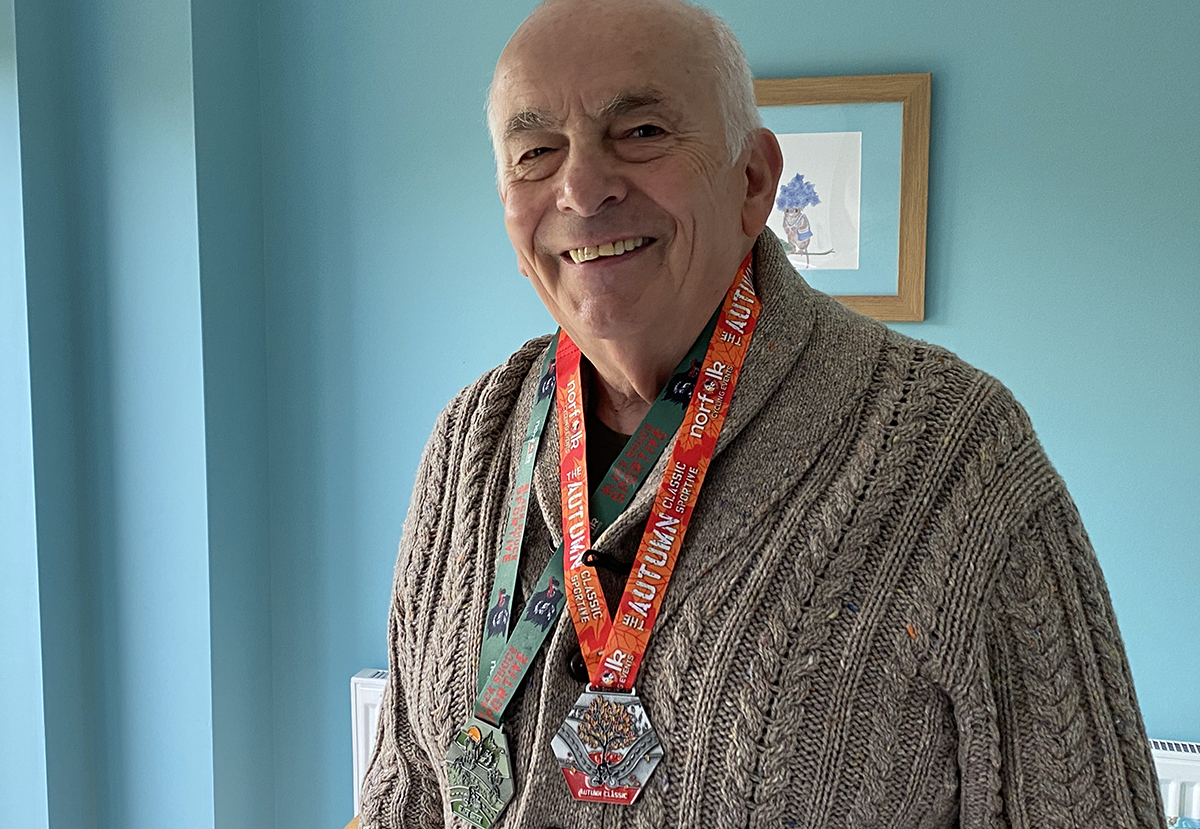 The latest addition to the medal collection

We set off in smallish groups, I knew none of the people there but soon got chatting and the pace became sorted out. I found myself chasing the rear wheel of a guy in his early 50’s who in turn was being paced by a younger stronger rider, maybe a father and son, but certainly the right ages to be so. Both fields consisted of around 20% to 25% ladies with all ages being represented. I may not have been the oldest man there!

So, I train most days, this old and overweight you need to. The thing is when you do any exercise on your own you don’t always push as hard as you should do - backing off when it gets tough, well in a sportive you don’t, you are going at somebody else’s pace. Don’t get me wrong you can always ease off, wait for another group, and ride with them or take a break to ride alone.

So, to illustrate the point, I use a system called Strava, it works through your watch or phone, and it measures your performance also exactly measuring distance. There are several heart rate zones ranging from touring to anaerobic. Now when I train alone I rarely, if ever, reach anaerobic level, just occasionally when climbing or trying to sprint. (Ha ha). Now during this event I was anaerobic about 20% of the time, make sense? You just push yourself a little harder in a group and get a great workout.

The packages cost about £20, and I thought this great value. I am guessing about 400/500 riders took part in each. For this a rider received the assurance that the course was well sign posted and fit for all standards, that there were adequate facilities at the start, lunch stop and finish, there was a finishers medal, and you enjoyed the camaraderie of other like-minded men and women cyclists of all ages. There was a youngster’s event of about 10 miles where whole families rode together in safety. So, all in all a great day out for little money and by George do you sleep well that night.

In any event if you would like to give it a try or just spectate initially, look up ‘Norfolk Cycling Events’.