Established in 1996 as a long-term, multi-period, multi-disciplinary research project, The Sedgeford Historical and Archaeological Research Project (SHARP) have entered their final excavation week in their 24th season, with 2019 proving another successful year for the project.

A registered charity, SHARP pride themselves on being a research dig and not a commercial one or belonging to an institution: it is a dig for anyone from any walk of life with an interest in archaeology and history. They offer courses during their dig season throughout the summer on topics on basic excavation, environmental archaeology and recording techniques, to name a few.

The current campsite that is used during the six-week period is above an Anglo-Saxon cemetery, with a skeleton last year being discovered right beside the portaloos that they, rather aptly, named Lou. Currently, with help from a Heritage Lottery grant, they are going through and recording disarticulated remains.

A site of paramount importance is the Sedgeford Maltings, the earliest known maltings side in England. The three main elements of a traditional malthouse have been uncovered – a steeping tank, a germination floor and a drying kiln. Other malthouses within the complex are currently under excavation with evidence for extra drying kilns being uncovered.

Director of Non-Invasive Archaeology David Wood sat down with Town and Around to discuss the work they’ve undertaken thus far, big discoveries and what the future may hold for the project.

Why is Sedgeford in particular so richly steeped in history?

“Sedgeford is a very special area. Up on the ridge-line there has been water coming out of the hillside for thousands of years; since not just the last Ice Age but the one before that. The kind of deposits that are left by the Ice Age recedes. It’s a bit like looking at the beach: if you’ve got a steep gradient in the sand you get the wavelets when the tide goes out. If it’s very shallow you get all the polygons. We’ve got all of that left as deposits since the Ice Age. Because it’s packed with different things, different plants grow. When you add that to the water from the hillside is why it’s such a special area.”

“It was very important for us to get that phasing right of what structures were happening and when. There was a lot going on around here, particularly in what they call the long eighth century.”

What have been the highlights over the years?

“The Sedgeford Hoarde: over 30 gold staters that were found in the thigh bone of cow from 68 BC. They were probably made in what is now part of Belgium. It is likely it’s from mercenaries from there that were paid and when they returned here there was no monetary system in that era so they gave it back to mother earth. These are now on display at King’s Lynn Museum.”

“We found a golden torc that was found in two bits over 70 years. A farmer discarded it thinking it was wire and he went back and found it a while later thinking it was special. SHARP found one of the terminuses that fitted exactly. This is now on display at the British Museum. The workmanship is absolutely extraordinary. Norfolk has the highest concentration of golden torcs found in the world.”

Any exciting discoveries recently that will inform any future digs?

“We’ve done a huge amount of geophysics in the last three years and have just finished fifty acres of a field and have identified areas that will keep us going for six weeks a year for probably the next sixty years! There’s so much archaeology there across thousands of years—people have been working in this landscape for that length of time. An awful lot will probably never be dug because there’s so much of it.”

So, for anyone who wishes to get involved in any way, what should they do?

“Come and visit us. As soon as anyone pitches up onsite and asks just one question then you probably won’t shut people up! They’re so enthusiastic about what we’ve got, what it means to them and what it means to be doing research rather than commercial side of getting things done as soon as possible to build something on top of it. Here we take our time and it’s like meditation.”

The excavation season for 2019 ran from 30th June to 9th August, with Hugh Lupton rounding off the season on the final day with an evening of stories, poems and songs exploring the life and times of John Clare. 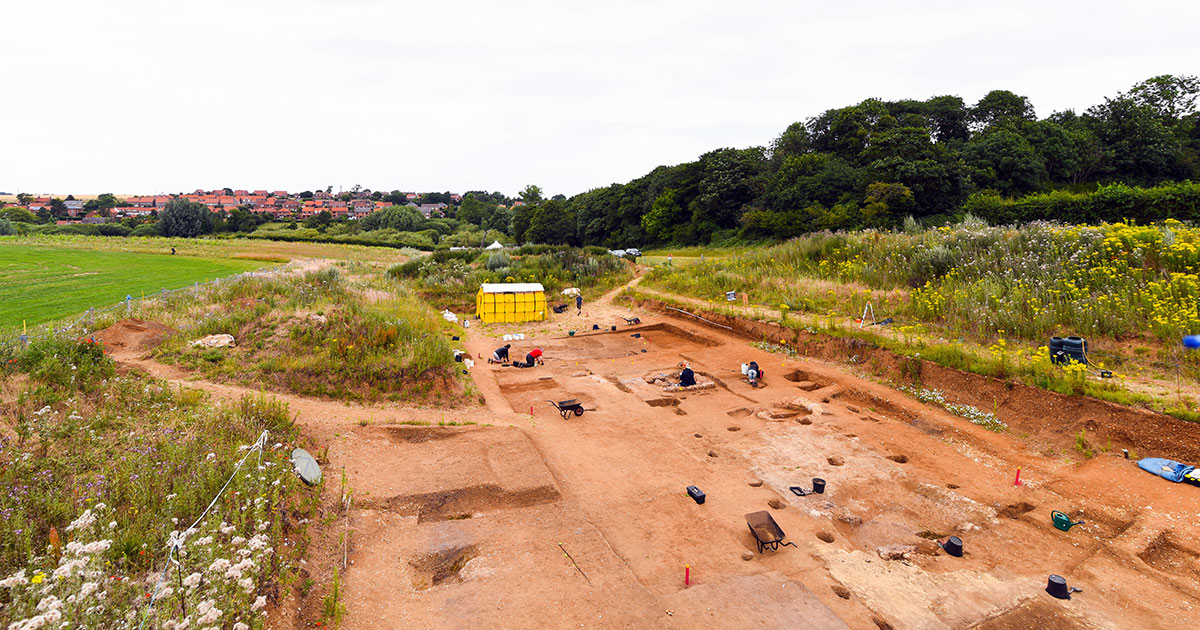 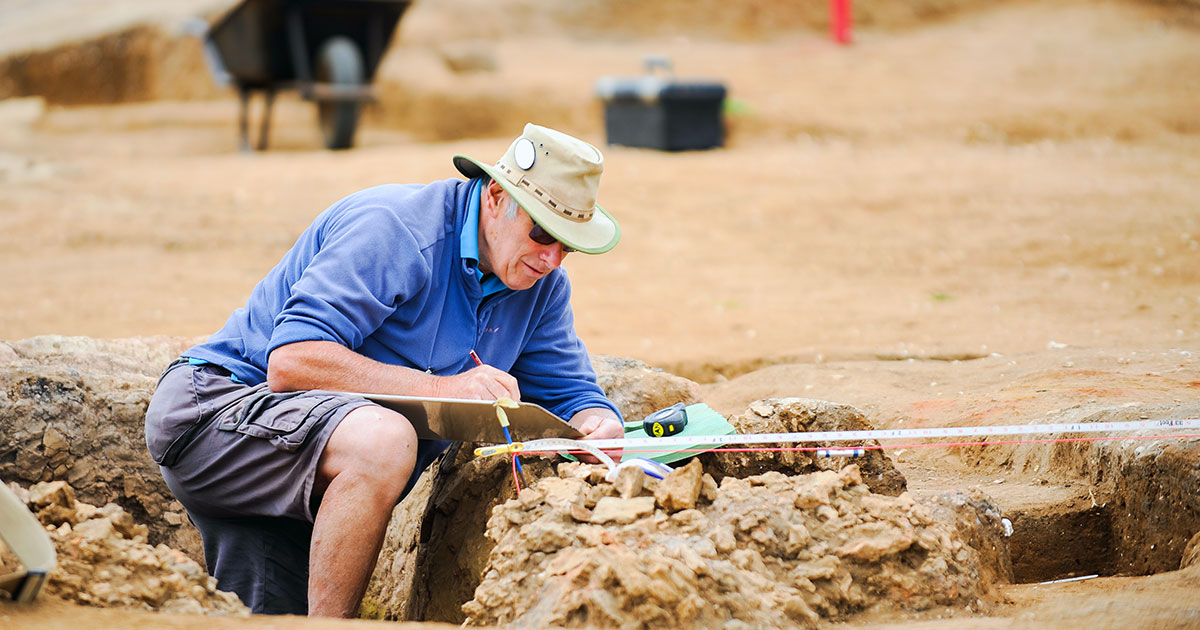 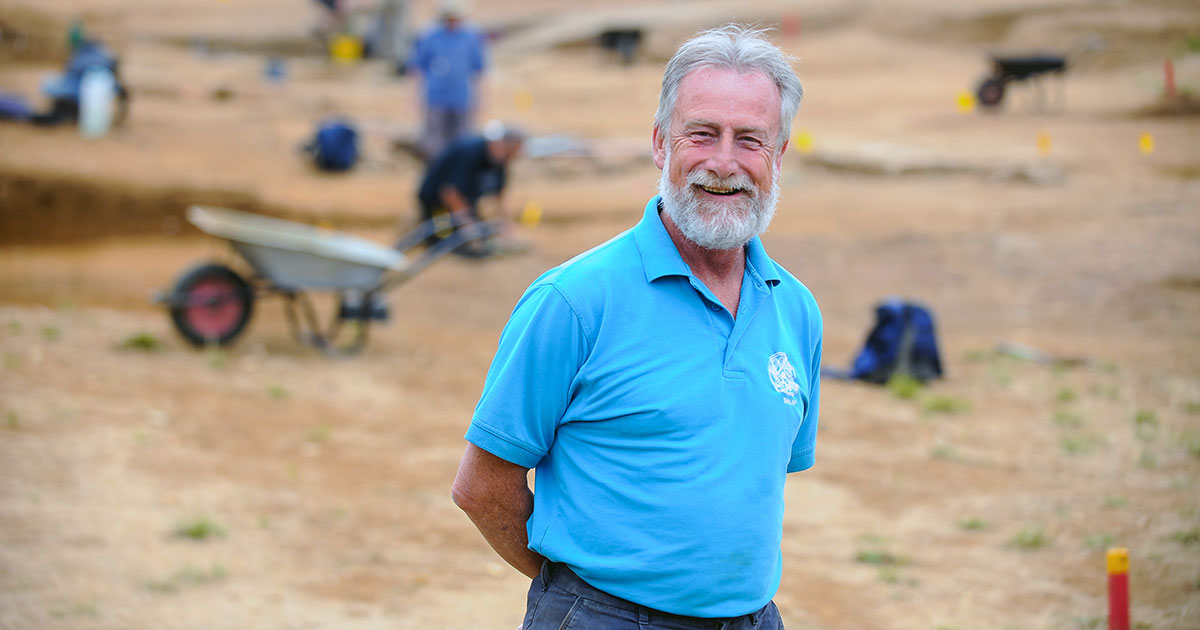