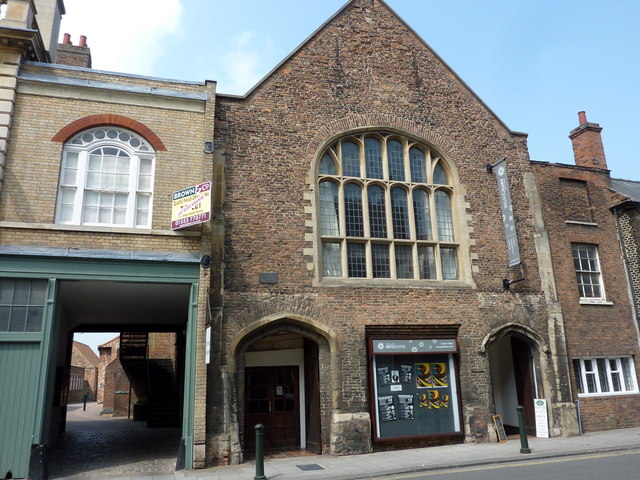 In June 2018 the Borough Council of King’s Lynn and West Norfolk announced that a local benefactor, who wishes to remain anonymous, is interested in revitalising historic buildings and creating a prestigious gallery.

Since then considerable progress has been made. A new charity has been established, which is now close to going public in terms of a structured consultation process to explain the vision, and delivery of this concept over a number of years. This will involve all interested groups, end users and the general public.

The charity will benefit from a significant endowment specifically to provide financial stability and guarantee the conservation of these treasured buildings.

A spokesman for the charity said: “A number of very helpful and positive meetings have taken place with the borough council, Arts Council and National Trust to explore the potential of these buildings. The opportunity for existing and new uses is considerable, including performance and visual arts, alongside gallery and museum space.

There has been some recent negative comment in the media in terms of a potential loss of the Guildhall’s use as a theatre. The spokesman for the charity continued: “There are a number of conspiracy theories doing the rounds involving historic buildings being demolished and replaced with flats. Nothing could be further from the truth and this is wholly misleading. The charity’s objective is not to demolish but to repair, conserve and attract new uses for the buildings, including a commitment to King’s Lynn Festival and others to ensure performance art not only remains but flourishes.

The spokesman went on to say: “With regard to St George’s Guildhall, its integrity as the oldest surviving guildhall is of course vitally important. Its history is fascinating, including its use as a theatre in Georgian times, and warehousing in the 19th century. The building then went into disrepair until the mid- 20th century when it was remodelled to form a theatre again.

The charity is committed to seeking ways of improving flexibility of use, to repair and restore the Guildhall, to increase public access and awareness and make the complex of buildings financially sustainable, in line with the best conservation principles".

In addition, the charity is also in discussion with the borough council to secure a site close to the historic quarter. The charity wants to construct a new, large, purpose-built museum and gallery complex, including exhibition space, restaurant, gift and art shop, for local residents and visitors to enjoy as part of the new vision and experience for the town centre.

Cllr Elizabeth Nockolds, Borough Council of King’s Lynn & West Norfolk cabinet member for Culture, Heritage and Health, said: “Our ongoing discussions with this benefactor have proved to be really positive. We are extremely excited about the proposals that are being developed and welcome the forthcoming consultation.

“Working in partnership with the charity that is being established will save the future of the complex while retaining its historic importance. This will enable the public to continue to enjoy the features of this complex into the future – something the council could not achieve alone.”