A wooden wolf that pays homage to the legend of St Edmund has been repaired and reinstated back in its original home atop Hunstanton’s cliffs.

Hunstanton Civic Society member and retired builder Mick Smith, 72, noticed the extensive damage to the wolf while tending to the gardens at the Chapel. The base was split and rotting and one of its legs had cracked.

After gaining permission from the council, Mick and volunteers took the wolf to Mick’s garage for some much-needed TLC.

Over the next three weeks, Mick describes the restoration of the wolf as a “labour of love”: spending 38 hours and £70 dowelling and gluing the legs and fixing reinforcing plates to the base.

“I glued it all together because the base was in three parts, the back legs and tail were broken, and it was quite rotten. We strapped it all together with big metal straps, cleaned it up and put a really good preservative on it.”

On Wednesday 28th August Mick and retired carpenter Tony Armstrong, 75, strapped the wolf to a trailer and paraded it in all of its restored glory down their high street and outside the Heritage Centre before alighting at the Chapel to begin reinstallation.

Mick and Tony were also instrumental in refurbishing the old Natwest bank in the town centre and helped transform it into the new Heritage Centre.

Carved from oak by artist Jean Mulligan in 2011, the beloved animal has been watching over the ruins of St Edmund’s Chapel ever since.

The sculpture also marks the final point of the wolf trail, an idea conceived by John Smith of the Hunstanton Civic Society, that starts at the Esplanade Gardens and ends at the Chapel.

A teenage Saxon named Edmund landed ashore at Hunstanton in around 855AD and was crowned King of East Anglia in 856. In 870 he led a small army alongside King Alfred of Wessex against the pagan Vikings and Norse invaders.

Edmund was captured by the Vikings and was ordered to renounce his faith. Refusing, Edmund was then bound to a tree, shot with arrows and beheaded. His decapitated head was then thrown in a forest and is said to have been guarded by a talking wolf who alerted Edmund’s followers. 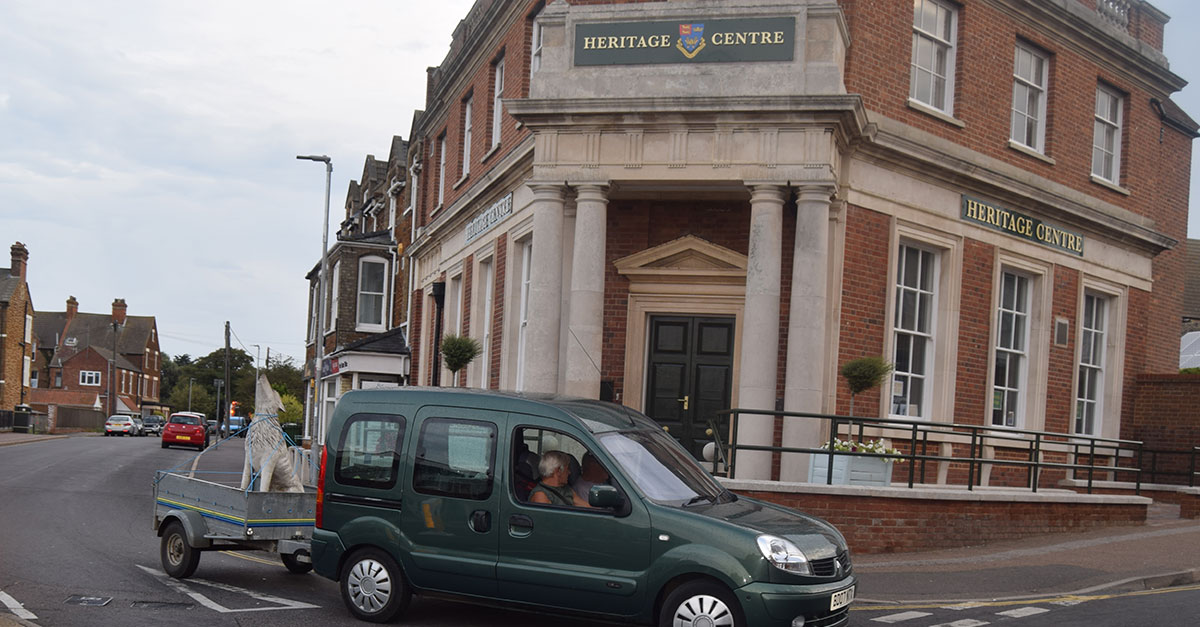 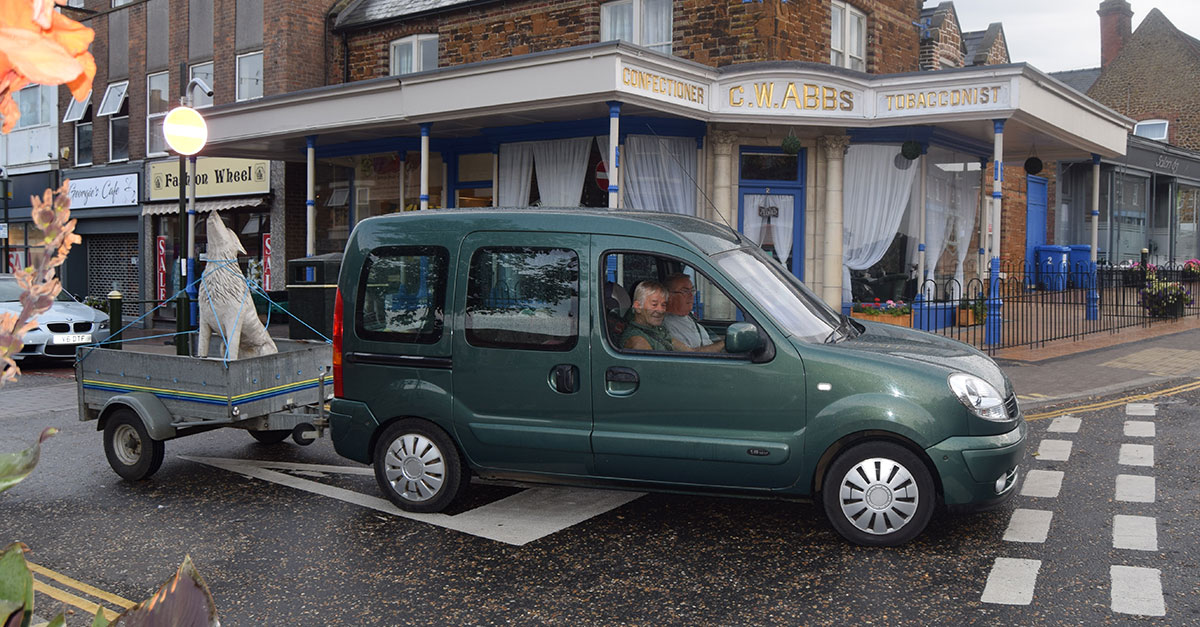