Just this year, Mr Eveson has appeared on television’s The Landscape Artist of the Year, and was short-listed for the Sir John Hurt’s Art Award at the 2022 Holt Festival.

A King's Lynn school's head of art is gaining recognition as a working artist, appearing on a hit television show, making the shortlist for a prestigious art prize, and now curating his own London exhibition.

Lee Eveson, who teaches at Springwood High School, has put together an exhibition called Legacy with the help of friends and fellow-artists Jill Desbro and Rebecca Tucker.

Some 120 works of art by 80 different artists will be on display at The Crypt Gallery, beneath London’s St Pancras Church, including two pieces by Mr Eveson, who creates under the name EVES – a nickname bestowed by his students when he first joined Springwood.

“The work is very diverse,” he said. “We have sculpture, painting, printing and photography on show, covering all genres. The price of work ranges from £250 to £7,000. The exhibition should have something for everyone.” 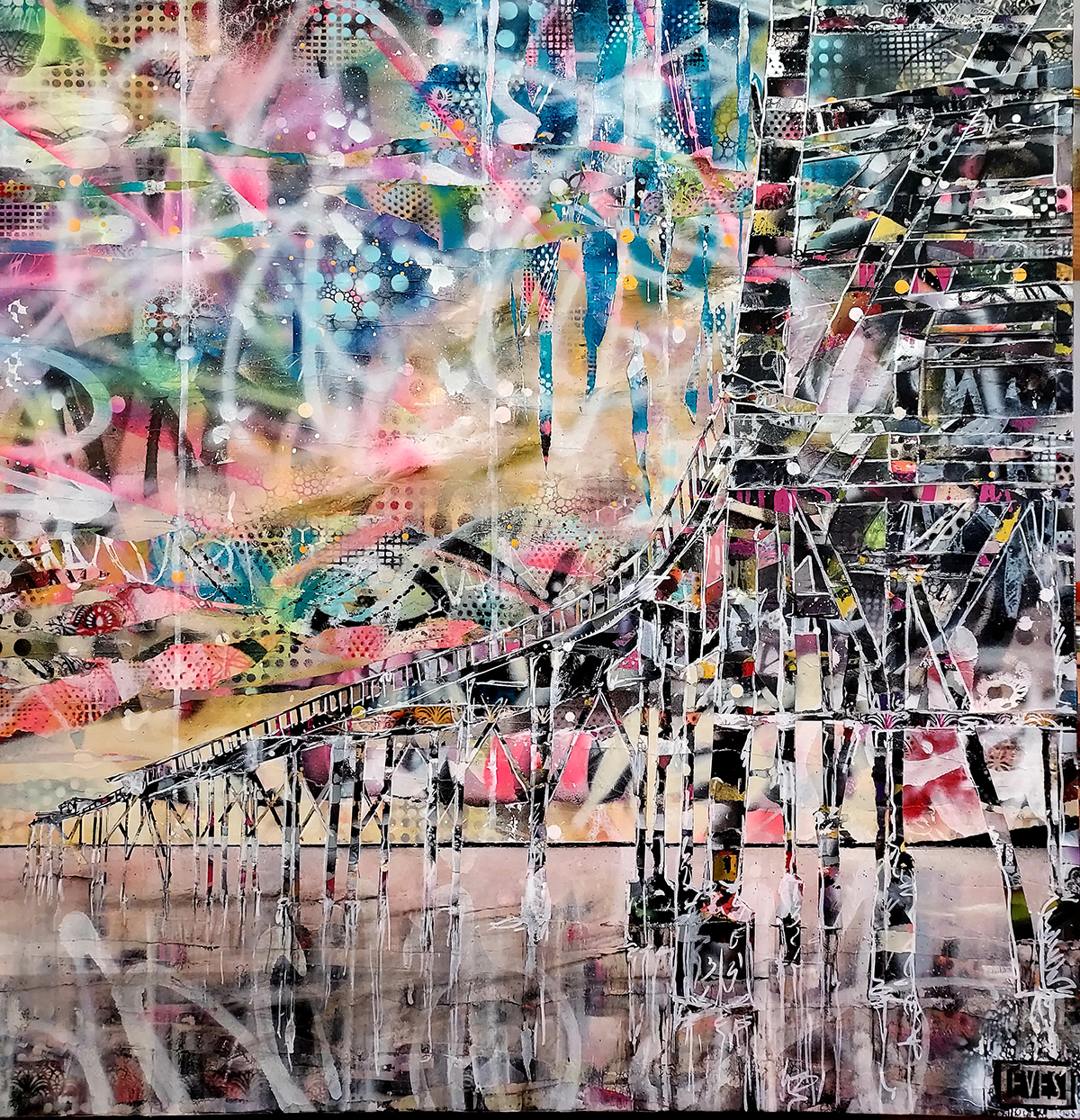 Mr Eveson’s exhibition pieces are titled ‘Tidal Mistakes’ and ‘Time Waits for No Man’, and are acrylic and spray paint on canvas.

“From an early age I have always been inspired by street art,” he continued. “It was the thing that got me into art when I was about 10. It led me on to university, an amazing career in teaching, and now to some recognition in the art world. 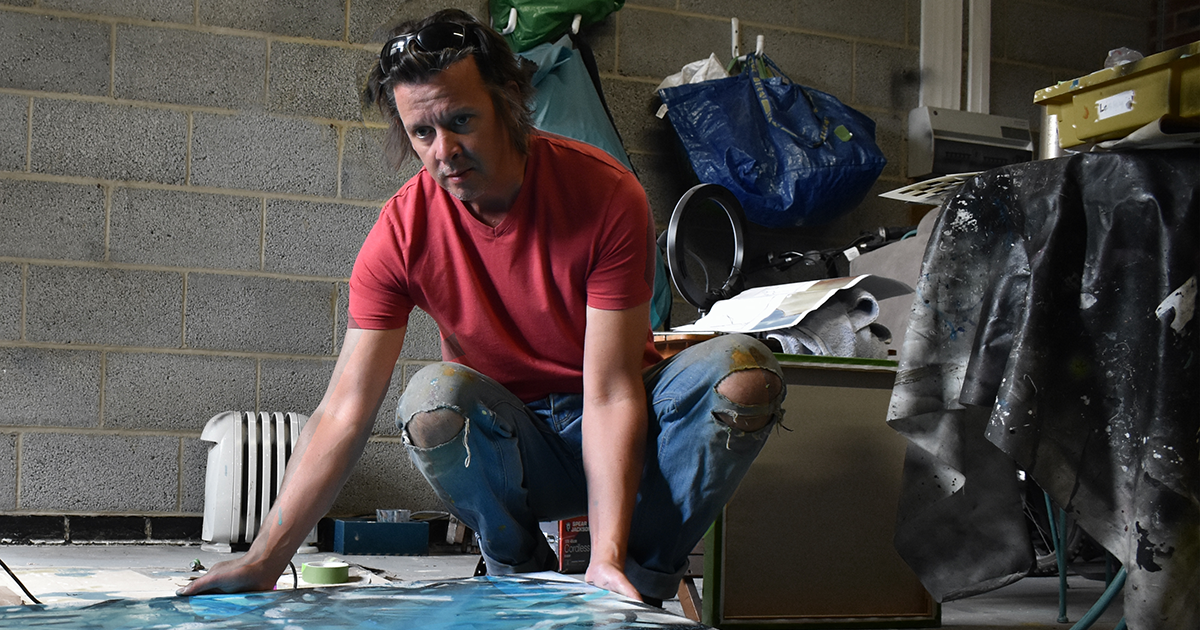 “I use both acrylic and spray paint. My paintings are created over many layers, constantly creating and destroying the work.

“My favourite topic is painting the Norfolk landscape, which I am so inspired by, but I have been commissioned to paint other locations, such as London, Cornwall and New York.”

Having graduated with an MA in Fine Art from Coventry School of Art, Mr Eveson returned to painting in 2019.

“I started painting again partly because my wife wanted some artwork for our house,” he said. “People began to see my work and like it, and it has been a rollercoaster from there.

“I never expected to be where I am now, nor to have had such amazing opportunities over the past few years.”

Just this year, Mr Eveson has appeared on television’s The Landscape Artist of the Year, and was short-listed for the Sir John Hurt’s Art Award at the 2022 Holt Festival.

This will also be the seventh time he has exhibited his work in the capital.

“I have had six London exhibitions over the past few years,” he said. “But this one means the most, as I feel that it is something I have created as part of a wider community, and I have made some great friendships and acquaintances in the process.

“I met my fellow curators Jill and Rebecca through the Visual Arts Association, of which we are all members. Initially it was going to be a three-person show, but we are also all members of ArtCan, so we decided to create a larger group show for the organisation.

“The show features the work of over 80 artists from the UK and Europe, all of whom are part of the ArtCan group, which is a non-profit artist conglomerate based in London. It is sponsored by Suna Interiors, an award-winning London boutique design agency.”

Tickets have already sold out for two private viewings, but Legacy will be open to the public until Sunday 11 September, 12pm to 6pm.

Mr Eveson has been granted time off work to set up for the exhibition, and was keen to express his gratitude to the school, which is a member of the West Norfolk Academies Trust.

“Springwood supports the development of its staff and students, and I hope that I inspire the students and staff that I work with,” he added. “The students thought that it was cool that I was featured on the Landscape Artist of the Year 2022 in February on Sky Arts.

“A lot of them ask me about my work and what I’m currently working on, and I enjoy sharing my experience with them. I hope that if they can see me being successful and proactive, they will also have the confidence to do it as well.

“I think that if you have a passion for something, it can only feed down into your teaching.”