During their speeches at the event in King’s Lynn to mark Ukrainian Independence Day voices cracked with emotion and the crowd was visibly moved by their words.

Refugees, many in traditional dress, hosts and members of the local community gathered at King’s Staithe Square for the commemoration, reflection and vigil that also marked six months since the illegal Russian invasion. Overlooking the square, the Custom House was bathed in the blue and yellow of the Ukrainian flag. As celebrations had been cancelled in Ukraine and realising that the refugees in the borough were not only separated from their loved ones, but uncertain about their safety, arrangements for the day centred on families. 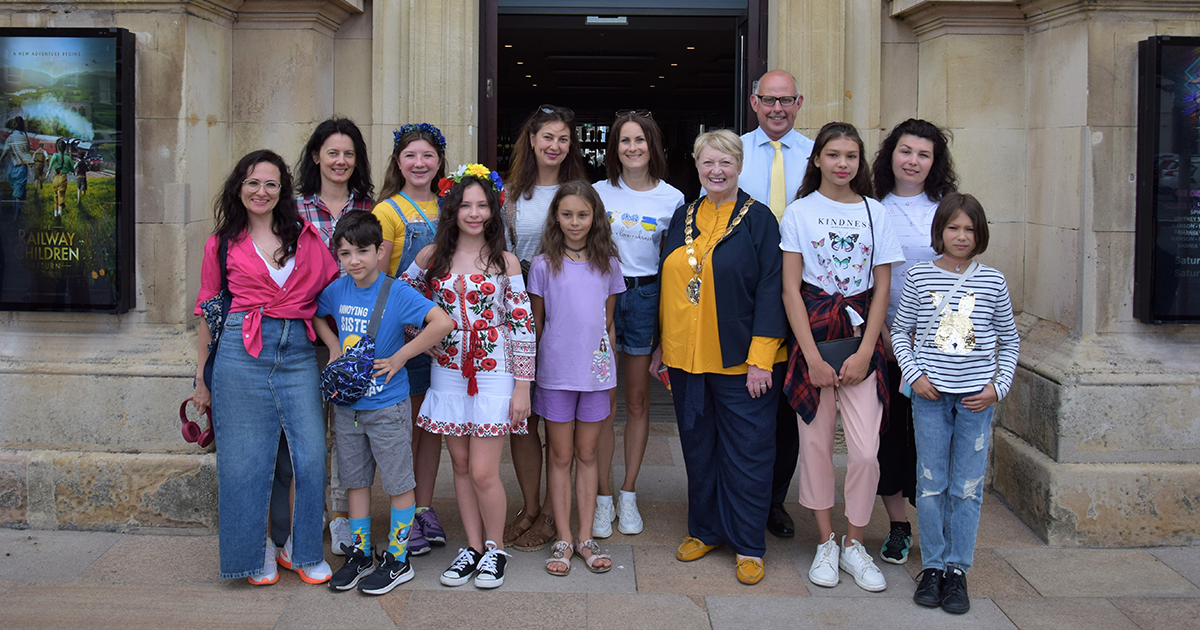 On Wednesday afternoon the Ukrainian families were able to enjoy two of this year’s blockbuster films, Minions and Jurassic World, at the Corn Exchange that had been decorated in Ukrainian flags. Organised by the borough council, both films were dubbed into Ukrainian for the event. 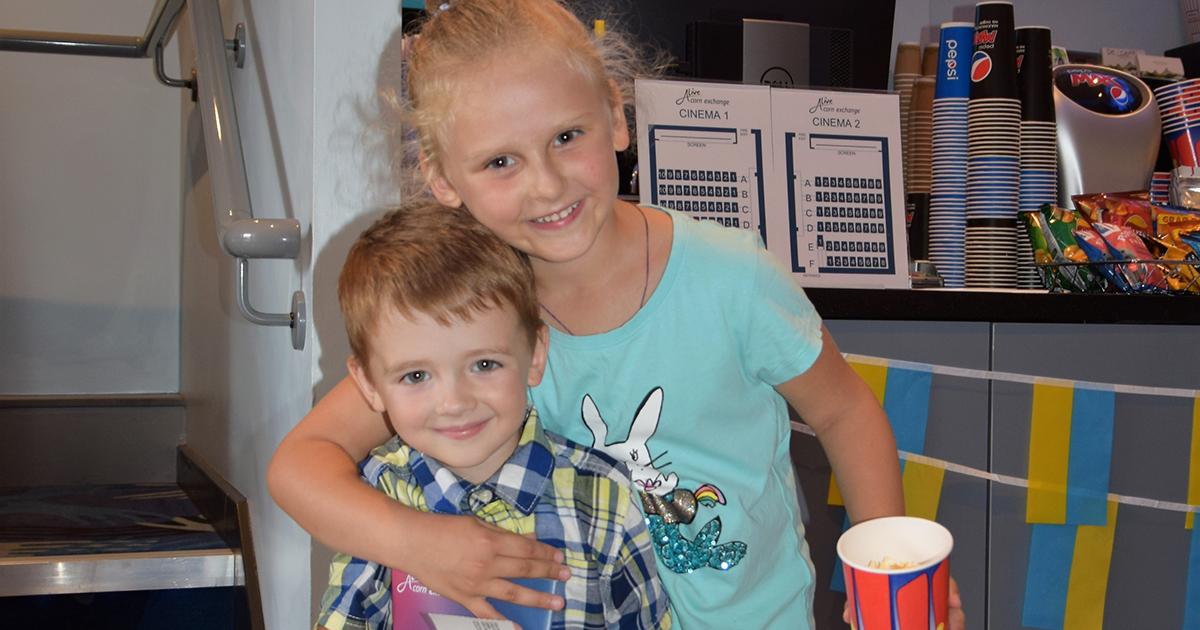 At 9pm the event was opened by the Mayor Cllr Lesley Bambridge whose compassionate speech brought tears to much of the assembly was simultaneously translated into Ukrainian. 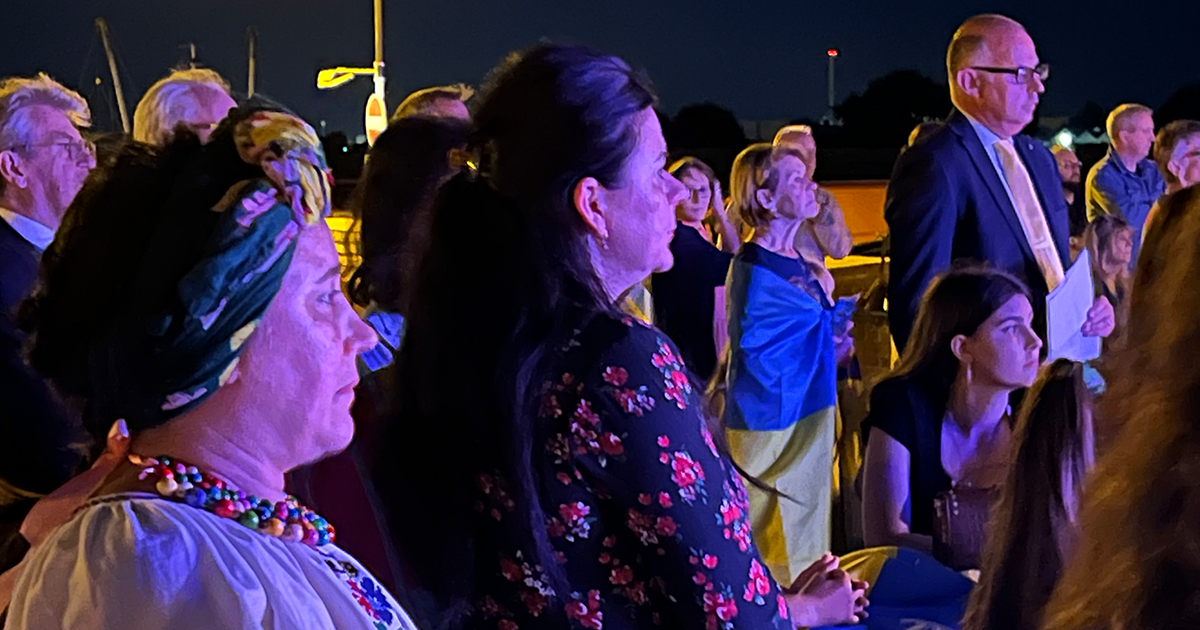 Taking the stage, Leader of the Borough Cllr Stuart Dark said: “We wanted to help our most welcome guests have some sort of ‘family event’ on this important day for them, demonstrating our great West Norfolk hospitality.

“Through this vigil and us coming together now, an established community and most welcome new members, it gives us an opportunity to say a huge public ‘thank you’ to all the great West Norfolk residents who have taken refugees in, given them support, donated etc. and those working tirelessly in our reception centre to help - put simply you are amazing and show our best side. 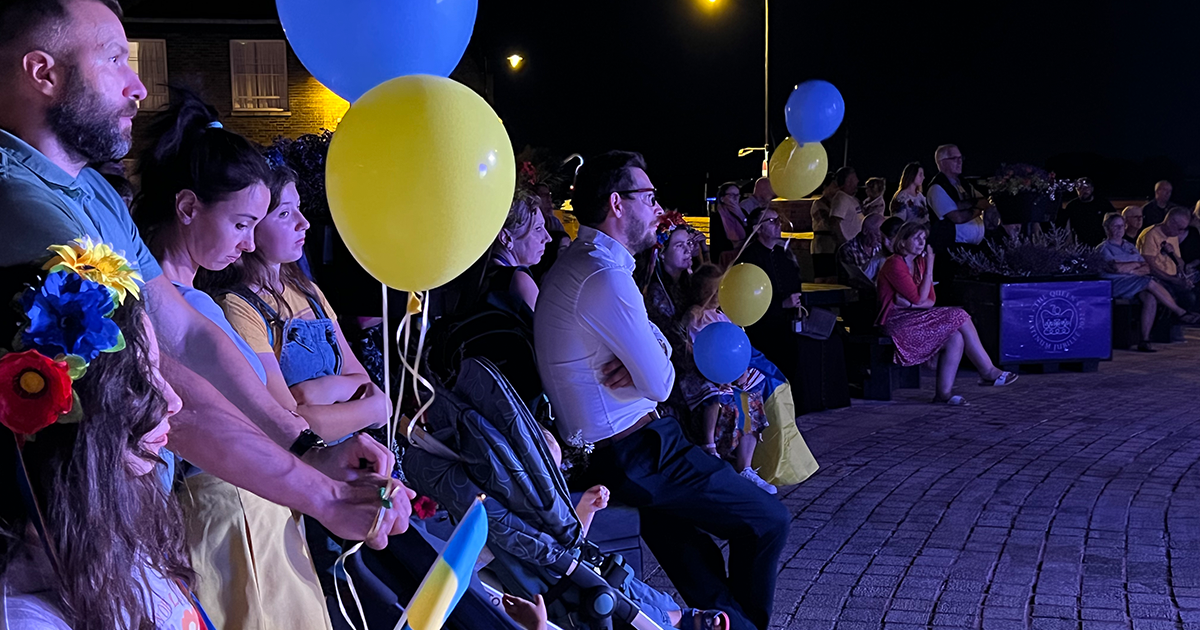 “We as a borough council have been welcoming and supporting refugees since just after the invasion. Our centre, staffed with partner agencies and two great charities, The Hanseatic Union and Access, currently assists 150 Ukrainian people who have come to West Norfolk, 40 of whom are children. Sadly the numbers are continuing to rise due to the ongoing conflict.

“We wanted, by this vigil and the lighting of our historic Corn Exchange, to say clearly and loudly to Ukrainians here and everywhere: you have our full support for however long it is needed.

“I look forward, like all here, to future years’ celebrations when there will be peace in a sovereign and independent Ukraine.” 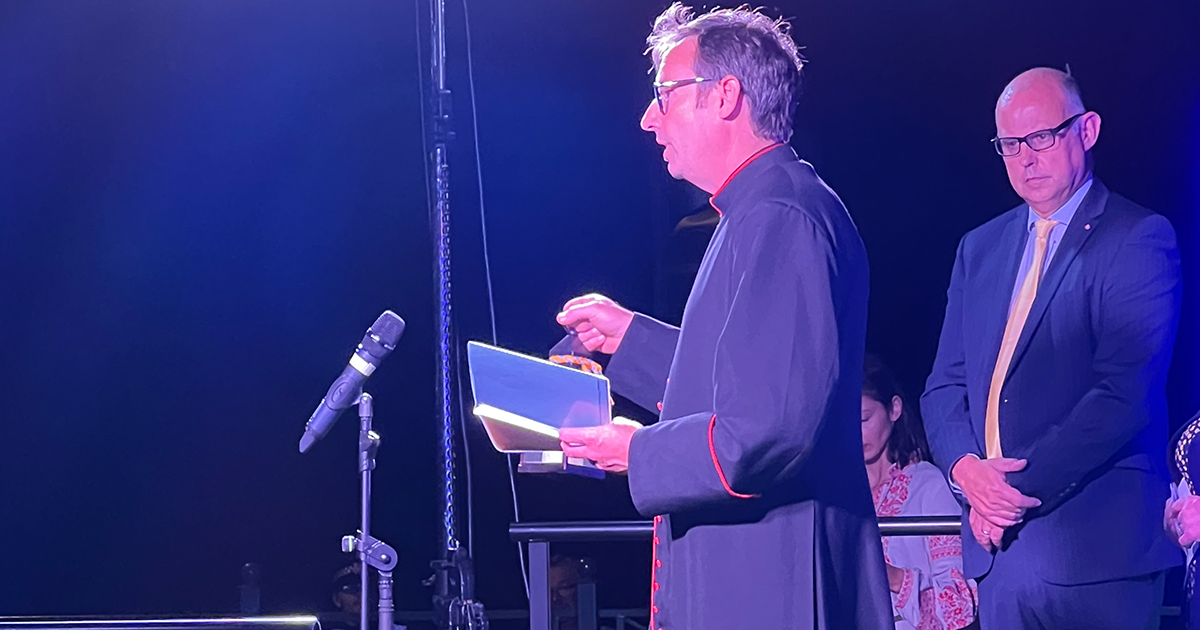 Canon Mark Dimond, the vicar of St Margaret’s, reminded everyone that in the Bible Isiah urges the people to “beat their swords into ploughshares” and learn war no more. There was a silence, then prayers.

One of the refugees who has found sanctuary in west Norfolk spoke movingly in Ukrainian of the plight of his people but also of the welcome he had received in west Norfolk and his gratitude for the support given by the council and local charities. His words were translated into English by another refugee, Olena. 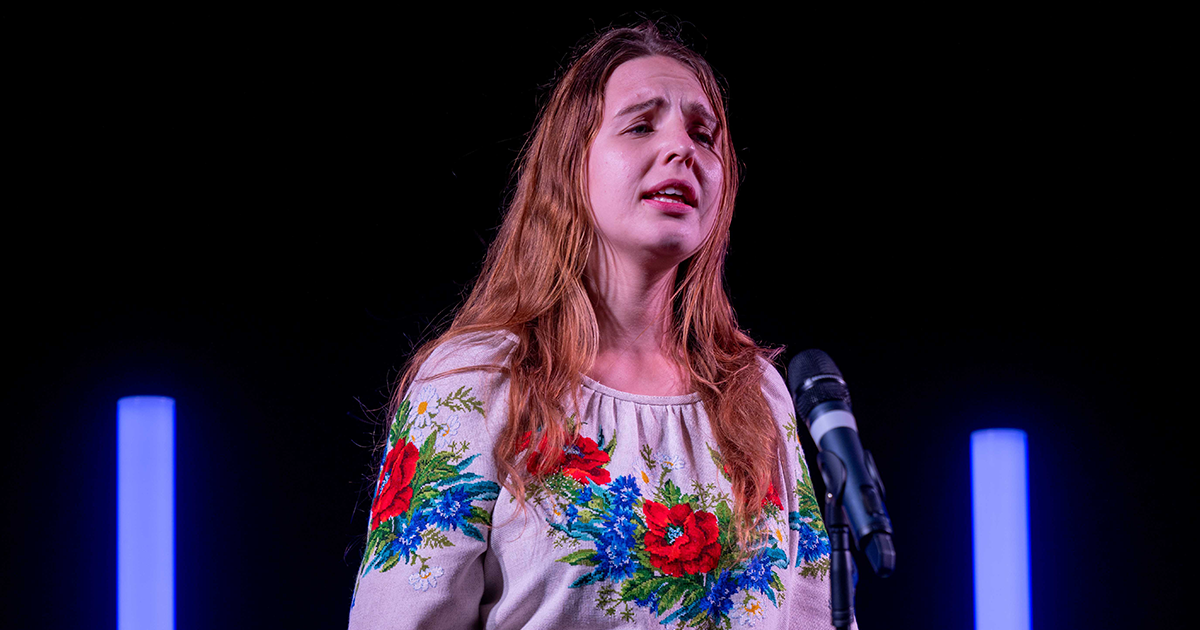 The event concluded with a song sung by Tetiana, a refugee who is staying with hosts in Hunstanton. It was a traditional Ukrainian folk song, ‘Oj, u luzi chervona kalyna!’ (Oh, there is a red viburnum in the meadow), a song about the desire of the Ukrainian people to be independent and which has become a symbol of the determination of Ukrainian people to repel the illegal invasion of their country.

As the first note of the national anthem of Ukraine was played the crowd rose to their feet and led by Tetiana, voices filled the square. 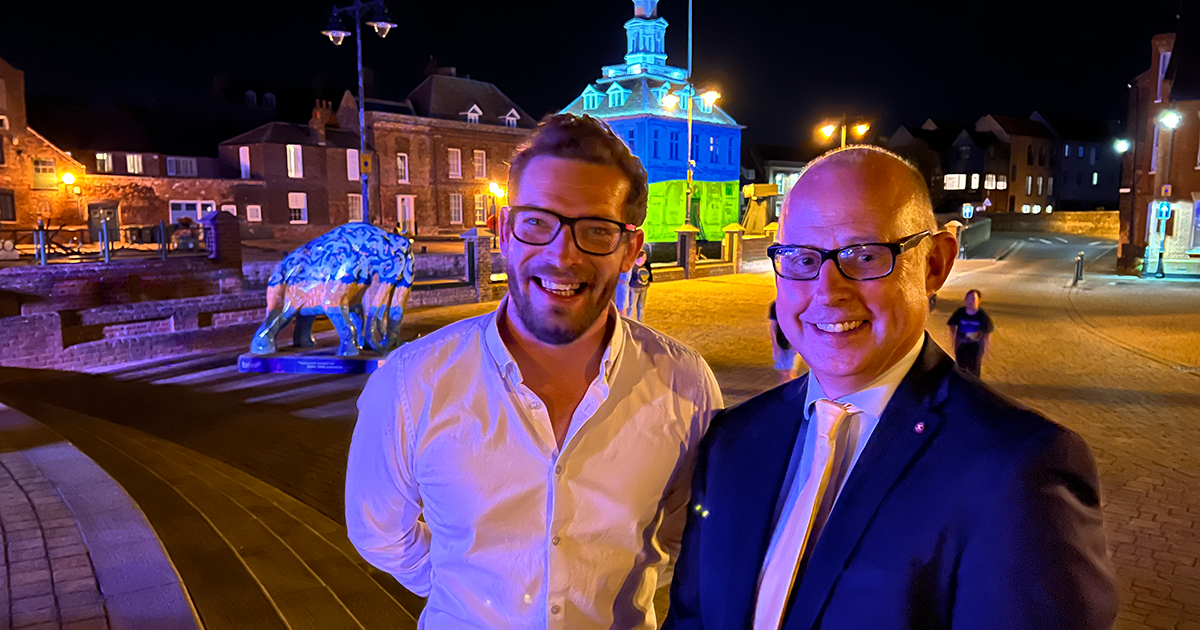