One of the most distinctive features as you drive around are the village signs in which our residents take so much pride.

The Snettisham sign at the South of the Village had been in place since 2006, and was looking a little careworn. It was removed in October last year, to allow it do to dry out over the winter, prior to restoration work by The Village Sign People.

Once completed, it had been hoped to unveil it alongside a Village event during the spring, but, as time passed, VE Day, the fete and VJ Day all fell victim to the COVID outbreak. Finally, it was agreed to perform a small ceremony on Sunday 20th September, as there were so many comments from people who were missing the sign. 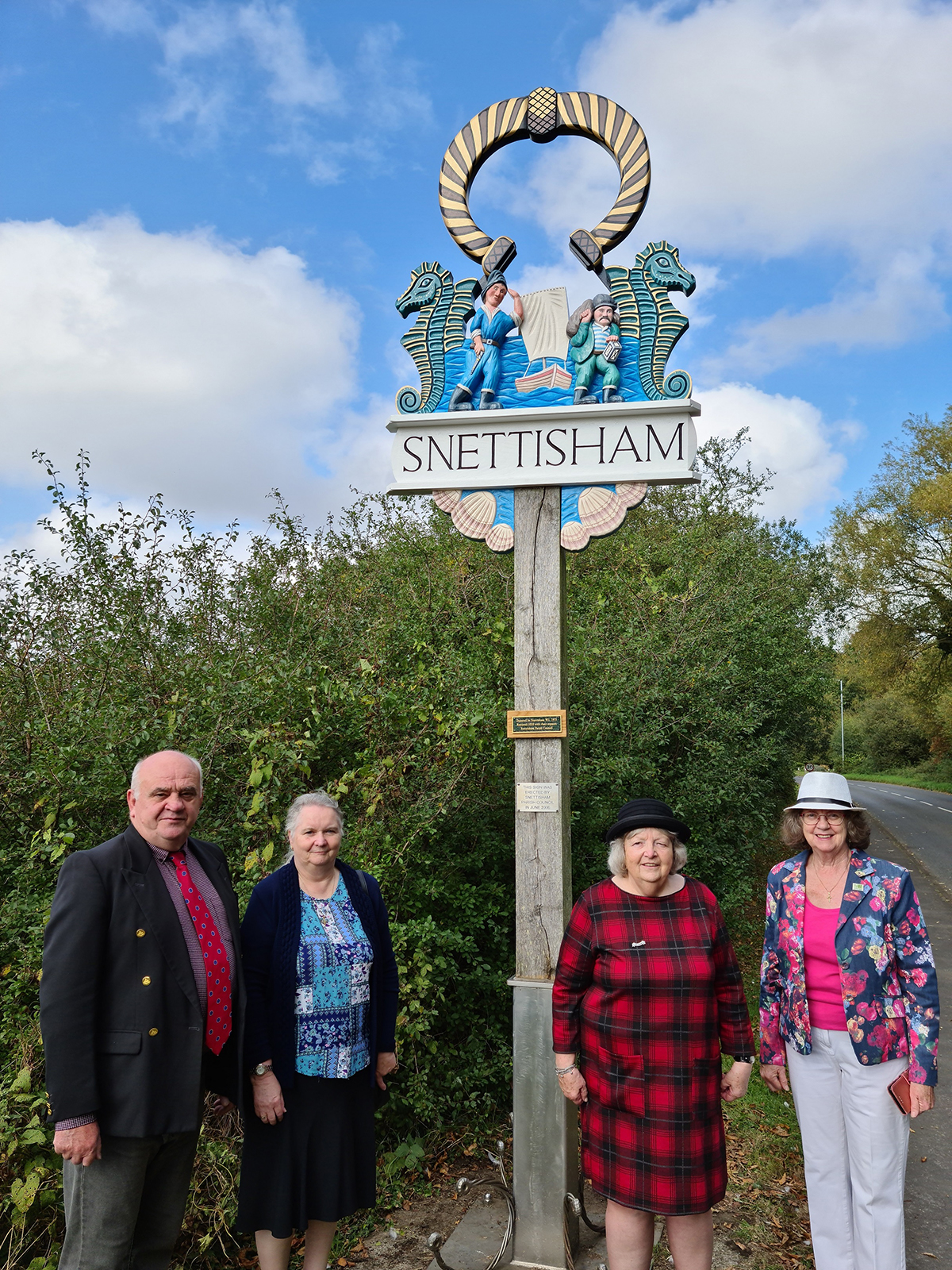 The work was commissioned by the Parish Council, with support from the WI. Cllr Alf Todd, PC Chairman, said “It is good to see the sign back in place finally, but a shame that we could not have more of a ceremony for the Villagers. The restoration work has made such a difference, and we hope it brings a smile to the faces of those passing by.”

Parish Clerk, Simon Bower, said he regretted “not seeing the Chairman dressing up like the pirate character on the sign, as had been the plan for the original ceremony…”, and thanked the WI for their support.

WI Secretary, Janet Lane, said she loved the reflections of local history on the sign, including the golden Torc, which was discovered in the Village, and is a major exhibit in the British Museum. “The shells represent the local fishing industry and the importance of cockles, and I think the character of the two smugglers, reflecting the prominence of this around the coast in the eighteenth century, really shines through.” 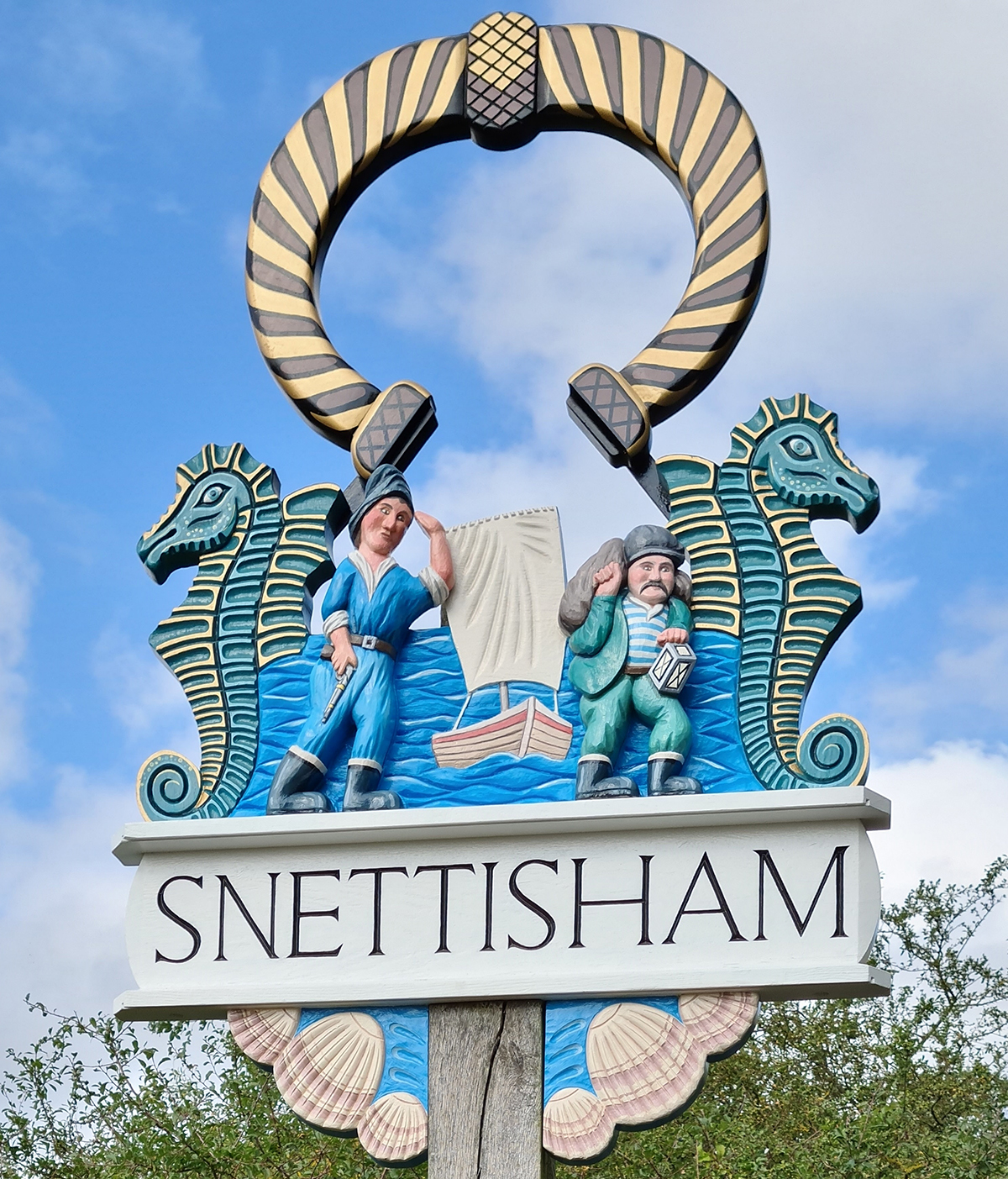