The crowds started to gather at Snettisham’s War Memorial about 10.30 and by 11.00 they had swelled to about 300 people.

The parade assembled outside the currently being refurbished bakery and delicatessen. Amongst their number were the local dignitaries and at their head were King’s Lynn and West Norfolk’s Leader Stuart Dark, and his colleague at the Borough Council Ian Devereux, Scout groups, Girl Guides associations and more marched in an orderly fashion. 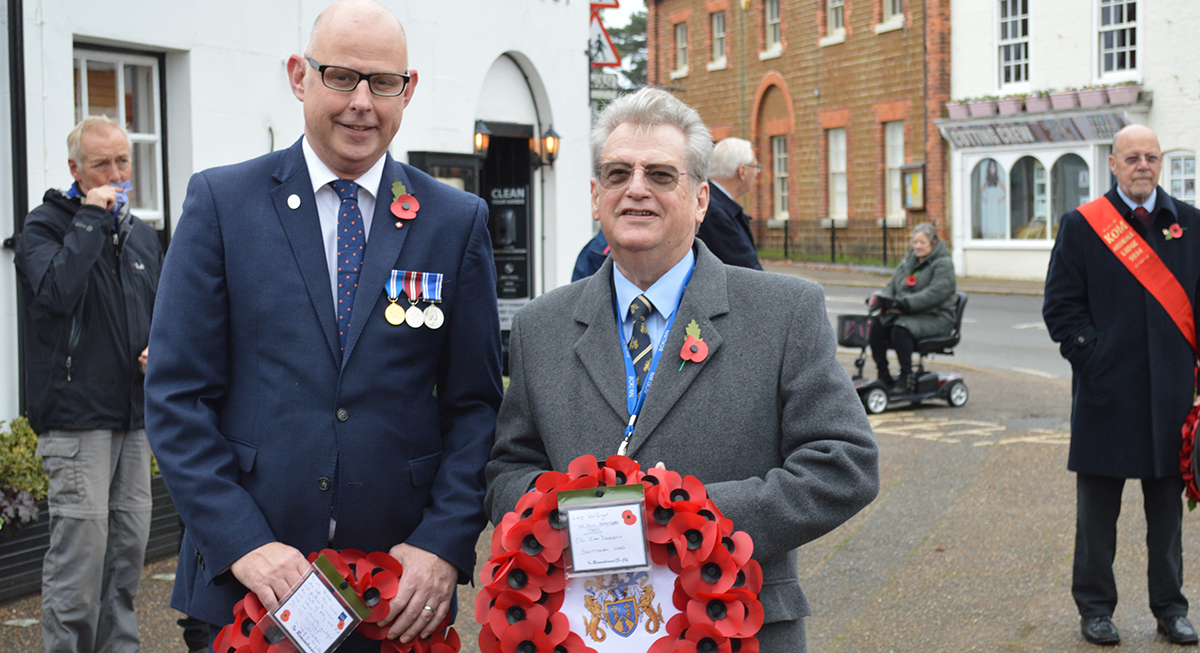 Service people from across the decades, some wearing their medals of honour, were able to remember their own experiences, both as individuals and as friends of those fallen or disabled. 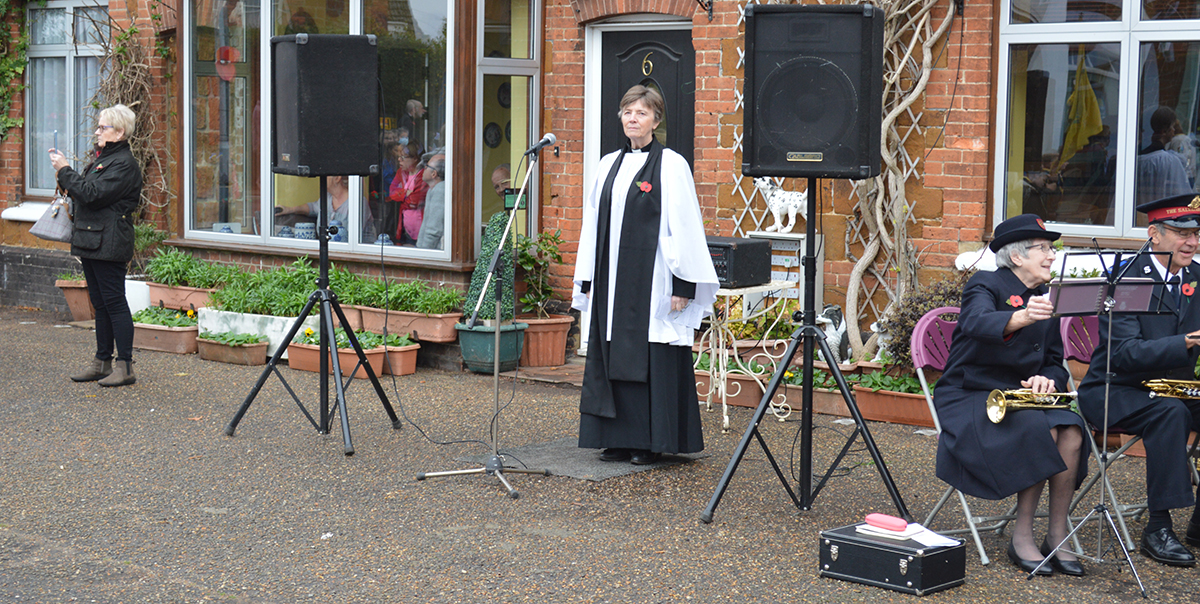 The service was led by the vicar of St Mary’s Church Snettisham Revd Rachel Alexander.

The band of the Snettisham Salvation Army group provided the music for the hymns that were sung by all, with the Last Post and the Reveille, played by Rowland Smith.

Wreaths were laid in a dignified manner; the Exhortation and the Kohima Epitaph were read together with the list of the fallen from both World Wars.

A collection was held in favour of the RBL Poppy Appeal. 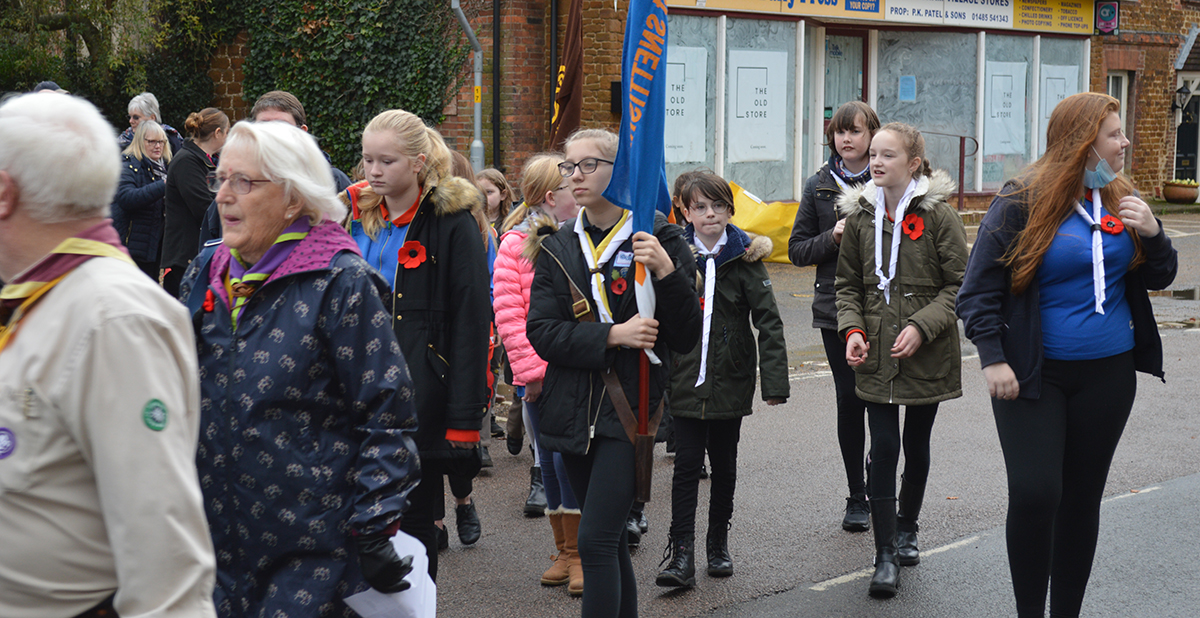 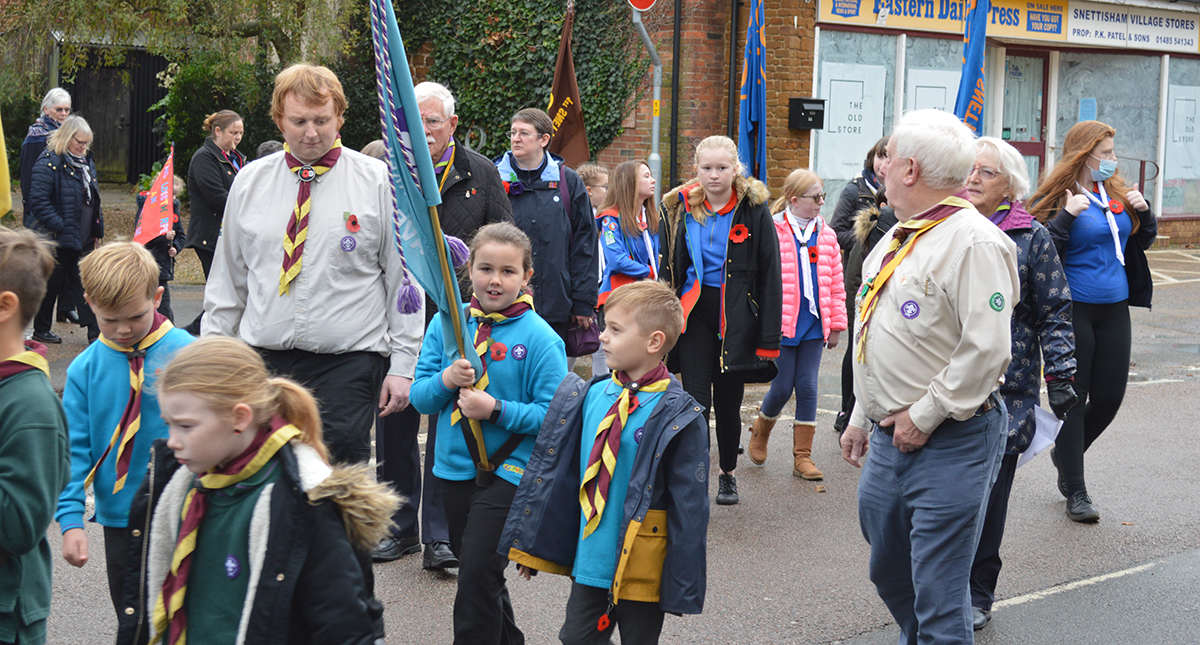