A rescued seal pup named after the fundraising superstar Sir Tom Moore was released into the North Sea on 4th November having completed his rehabilitation at SEA LIFE Hunstanton.

Sir Tom was rescued from Holkham beach on 14th May after being found alone on the sand; it will never be known how the premature pup weighing just 9 kilos became separated from his mother, and had he not been rescued he would have had no chance of survival on his own.

Entrusted to the Animal Care Team, Sir Tom was rehydrated and fed a special nourishing fish soup to build him up. As he became stronger the team taught him how to catch his own fish.

Division 1 children from Hunstanton’s Glebe House School had a socially distanced walk to the beach to see the release of the rescued seal. 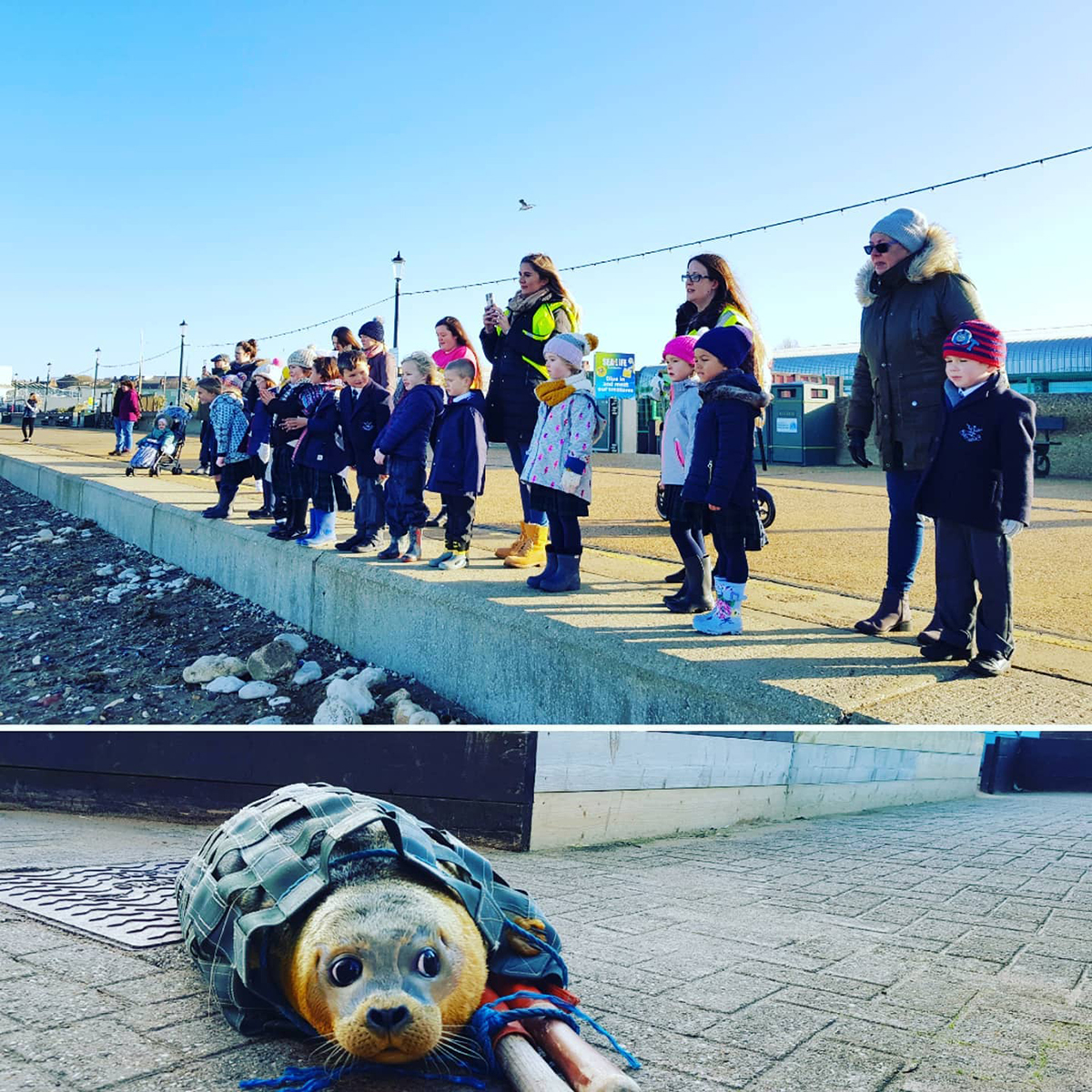 Helen Barden posted on the school’s Facebook page: “Such an amazing start to the day! We all felt absolute joy seeing him (Sir Tom) discover the waves and the children were amazing on the walk. I kept telling them how proud I was for the rest of the day! We are so grateful to Hollie, Hunstanton Sea Life Centre and our parent helpers.”

Click here to see the video of Sir Tom's release