He had been presented with the Legion d'Honneur in October this year for his heroism by the former head of the British Army, Lord Dannant, and he died just a few weeks later on Remembrance Day aged 97. 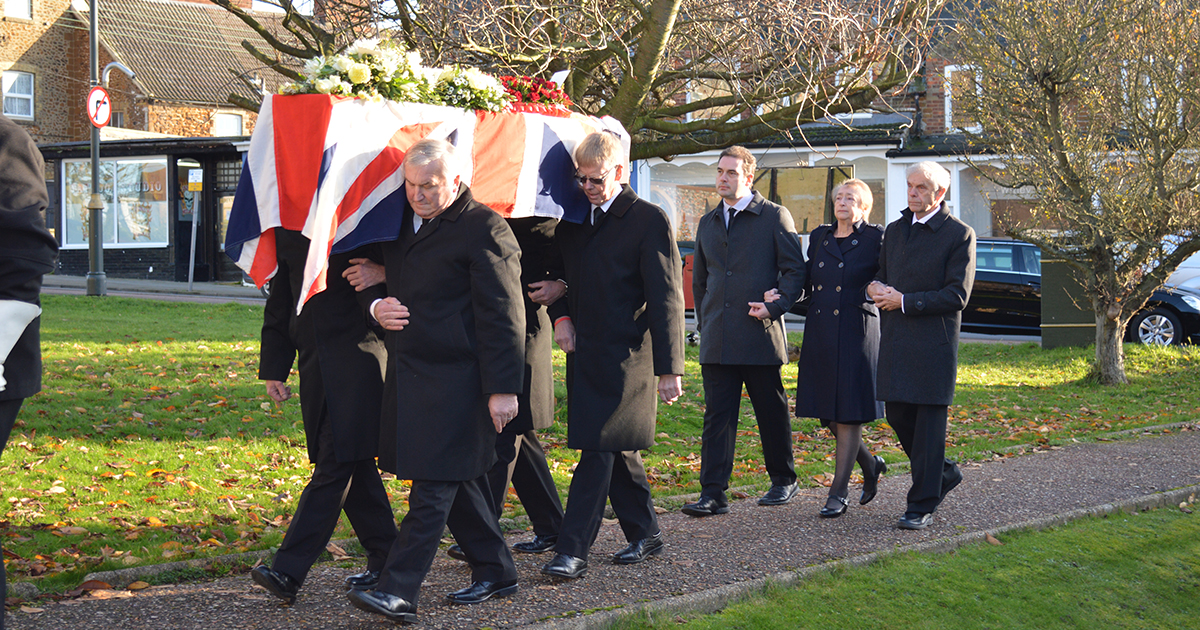 Reg’s coffin was draped with the Union flag and black ribboned Standards from the Hunstanton and Heacham branches of the Royal British Legion formed a guard of honour as he entered the church. 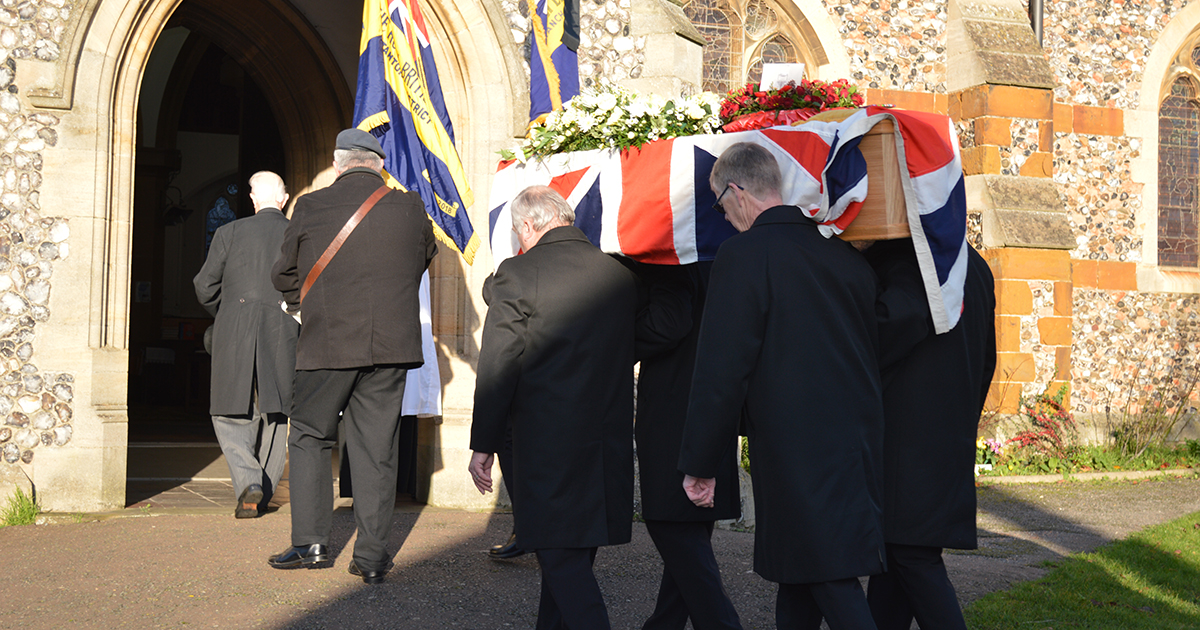 Aged just 22 on D-Day he had joined the Middlesex Regiment (Home Guard) in 1939, aged 17. Angered by the Germans bombing and destroying his family home, Reg, along with many other young men, wanted to do something to help protect their homes. Every fortnight, Reg would go on duty in a factory that belonged to the company where he was responsible for putting out any fires that broke out from German bombings.

However, it wasn’t long before Reg was called up to serve with the King’s Royal Rifle Corps (KRRC). The same regiment his father and grandfather had served in. He completed just over two years of training before his regiment was tasked to take part in Operation Overlord.

In June 1944, Reg landed on the Normandy beaches 10 days after the initial D-Day Landings. His regiment’s job was to make as much trouble for the Germans as possible and their first task was to protect Arromanches, which had become one of two assembly points for the Mulberry artificial harbours, an offloading area for Allied troops and supplies until permanent harbours could be repaired. As the Germans made a breakthrough, The KRRC broke into a lengthy battle and despite being told they would be relieved with heavy infantry by midnight, they fought until on 2:30 am. By the time further help came, the regiment had lost most of their company. Many of whom, Reg had trained with and thought of as great friends. Only 34 soldiers remained.

After leaving unharmed, Reg travelled with the regiment further into France, over to Belgium where they helped take back a Belgium town called Berkeley (the garrison town of the Belgian Army) and reached Holland. On arrival, the regiment was tasked to help rescue paratroopers who were trapped on the other side of the River Rhine.

The unit took over a local village and helped 1036 paratroopers to cross the river safely. But in due course, the Germans tried to break through the village to stop more paratroopers escaping. Reg and his section, as well as another Sergeant and his team of men, went into battle with 300 German soldiers. As the Germans retreated, Reg was on route to speak with the Platoon Commander when he was hit by a Spandau Machine Gunner, who was hidden behind a church. Reg was hit six times in the groin, and he lay for two and a half hours alone before he was finally found.

Reg was flown back to England to receive medical care at St Bartholomew’s Hospital. The bullets caused Reg to lose the sciatic nerve in his right leg, and after Doctors failed to repair the damage (Reg had five operations), his right leg was amputated below the knee. He was now only 22 years old.

At home, he waited a couple of months before he received his prosthetic leg which was made of wood and plaster.

Following his discharge and rehabilitation at Roehampton Hospital, Reg found work at the Ministry of Defence as a Civil Servant. He worked as a clerical officer, assisting the service directors, before transferring to the Royal Armoured Corps Record Office, then the Royal Electrical Mechanical Engineers, and working in the Army Recruitment Office in Finchley until his retirement.

Reg spent his later years in Hunstanton and local Royal British Legion members Sid and Betty Miller remember meeting him in 1988. Betty said: “Reg was the first person I spoke to even before we moved to Hunstanton and over the years we got to know him really well, seeing him at the United Services Club regularly; he really was a true gentleman.” It later transpired that Sid had worked with Reg’s brother at Standard Telephones in Southgate.