The weekend of 14th and 15th September saw more than 1000 dedicated club runners compete in the annual Round Norfolk Relay, now in its 34th year.

With a new race director and a first appearance by a wheelchair athlete, as well as a new headline sponsor in the form of Watlington-based design company Officescape, this hugely popular Norfolk athletics event is certainly ringing the changes.

There was a surprise defeat for City of Norwich AC, who lost their crown as fastest Club class team after dominating the field for the past three years.

Founded back in 1987, the Round Norfolk Relay is a unique 24-hour running event held annually in September. The 198-mile course is divided into 17 multi-terrain stages and follows the county boundary of Norfolk.

Starting from the Lynnsport complex in King’s Lynn, the race heads out along the picturesque North Norfolk Coastal Path via Hunstanton, Wells, Cromer and Great Yarmouth, before turning inland for several long night stages through Bungay, Thetford and Downham Market, finally finishing back on the athletics track at Lynnsport on Sunday morning.

Stages range between 5 and 20 miles in length, and approximately equal numbers of men and women take part. Once again, the race sold out, with no less than 60 teams competing, most of them fielded by athletics clubs from around East Anglia.

Fastest round the course were Riverside Runners from St Neots, whose Club class team stormed around all 17 stages in just 20.40.10, making for a very convincing win. Second fastest were reigning champions City of Norwich AC, just 18 minutes behind in 20.58.07, with Cambridge and Coleridge placing third in 21.45.26.

“The Riverside team were ecstatic about winning,” said incoming RNR race director Martin Ive. “They don’t enter a squad every year and so perhaps came to the race a bit fresher than the other favourites, which included City of Norwich, Norwich Road Runners, Wymondham AC, Ely and Cambridge.

“Their achievement is all the more impressive because they’re not a local club, which makes it harder to organise reconnaissance runs on some of the more complicated off-road stages. Still, City of Norwich hung on as the fastest Norfolk team.”

As well as the faster Club and Open class teams, Ladies, Mixed and Masters teams ensure that this unique not-for-profit race remains an inclusive, friendly event suitable for endurance runners of all abilities.

The youngest competitors were five junior athletes aged just 15, among them Billy Life of Coltishall Jaguars and Holly Bunn of City of Norwich. The oldest runner was 73-year-old Glyn Smith of Cambridge and Coleridge, who ticked off the penultimate 5.49-mile stage between Downham Market and Stowbridge in a sprightly 50.31.

The first wheelchair athlete in the history of the RNR was Claire Connon, also of Cambridge and Coleridge, who negotiated the 9-mile road leg between Mundesley and Lessingham in 1.06.18.

The trophy for best overall performance by a small club went to Bure Valley Harriers, and the Ron Hill Trophy for best family showing (3 members in a single team) went to the indefatigable Webbs of St Edmund Pacers. A full set of results include individual stage awards can be viewed online at www.roundnorfolkrelay.com

Altogether 1020 runners took part this year, together with a similar number of volunteers including marshals, timekeepers, cyclists and support crews. “When you’re running a stage the buzz is incredible,” says Ian Longland of Officescape, who will be sponsoring the Relay for the next three years.

“Running one of the closing stages as the sun rises and the birds start to wake is something very special. It’s become a must for every club in the region - and even further afield,” Ian added.

“Runners of all capabilities can take part, making it very much a team event. Once the build-up begins in May it injects a real sense of excitement, as well as providing a bonding exercise. For me, aside from the London Marathon the Round Norfolk Relay is the most exciting race of the year.”

Incoming race director Martin Ive of Ryston Runners is a seasoned organiser, having acted as RD for the Wissy Half Marathon at Oxborough for fully 20 years. He takes over from Neville Knight of Dereham Runners, who has helmed the RNR since 2014.

“Neville has done a truly remarkable job in keeping all sorts of balls in the air for the last five years,” said Martin. “Having cycled, run and driven the RNR many times over the years, I know it is a team effort. The same holds true of the work behind the scenes, and Neville has left the Relay in fantastic shape going forward.” 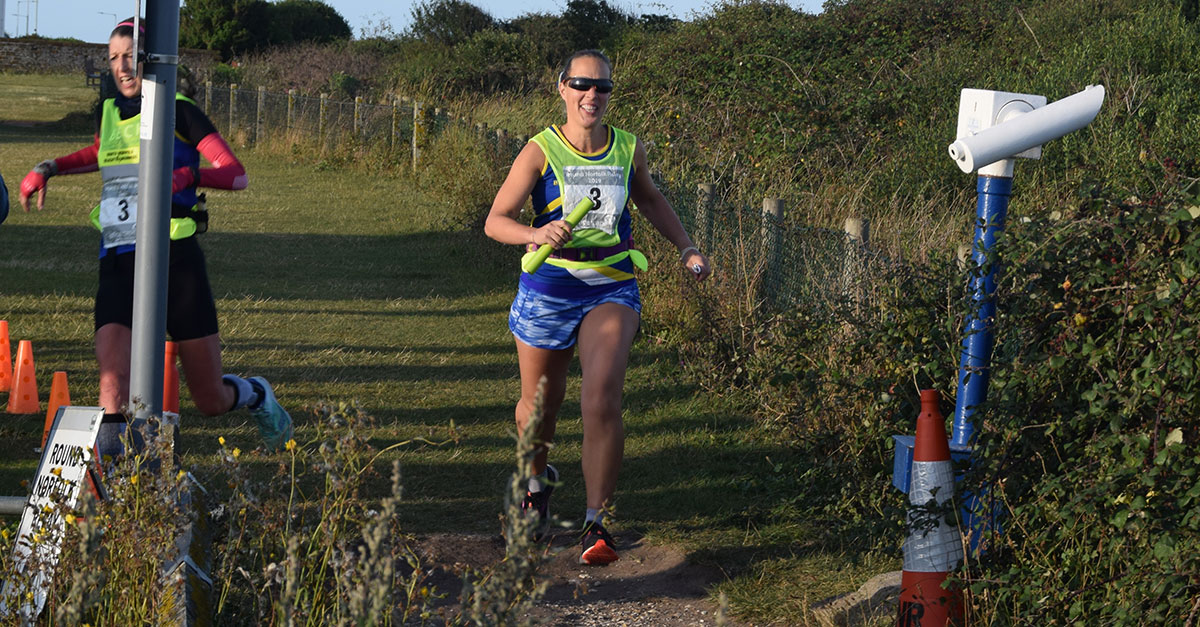