1919 marks the centenary year for the Women’s Institute and during a year full of celebration and cheer, an interesting discovery was made in the archives of Stanhoe & Barwick WI…

An envelope containing 14 letters from World War II servicemen (possibly even a servicewoman) were uncovered. The WI of 1943/1944 gifted them with money at Christmas raised from drives, dances and a trading stall. Gracefully, the servicemen wrote them a letter of thanks and these were then archived, only to be discovered again in 2019.

Many of the letters are a brief and standard ‘thank you’, while others wrote in more detail about a wish for peace and a hope that war will be over soon and they can return home; one even ended his letter with the poignant message “until a brighter Xmas dawns”.

Secretary Valerie Robson found the letter from Tom Newstead particularly overwhelming. He wrote: “When I think that it (the gift) was made possible only by the combined thoughtfulness of the members, coupled with the generosity of the local populace, it makes me feel as though I were a member of a large well-loved family, instead of just a relatively unimportant person in a small but big hearted country village.”

Naturally, when suggestions for a suitable centenary project were made, it became clear to the ladies that reuniting the relatives of the servicemen with the letters would be a fulfilling and appropriate endeavour. Valerie then undertook the arduous task of tracking down the families, with help from newly elected president Sandra Carr and Nicola Smith (whose granny was the secretary during the time the letters were written). So, their journey began.

A few of the letters were fairly easy to track down: a letter, written by M. Ayres, rang bells immediately for the Stanhoe-based group, who immediately recognised the connection to a local road haulage and coal merchant business called M. E. Ayres & Sons. The serviceman in question was uncovered as Maurice Ayres, elder brother to head of the family business Mick Ayres. 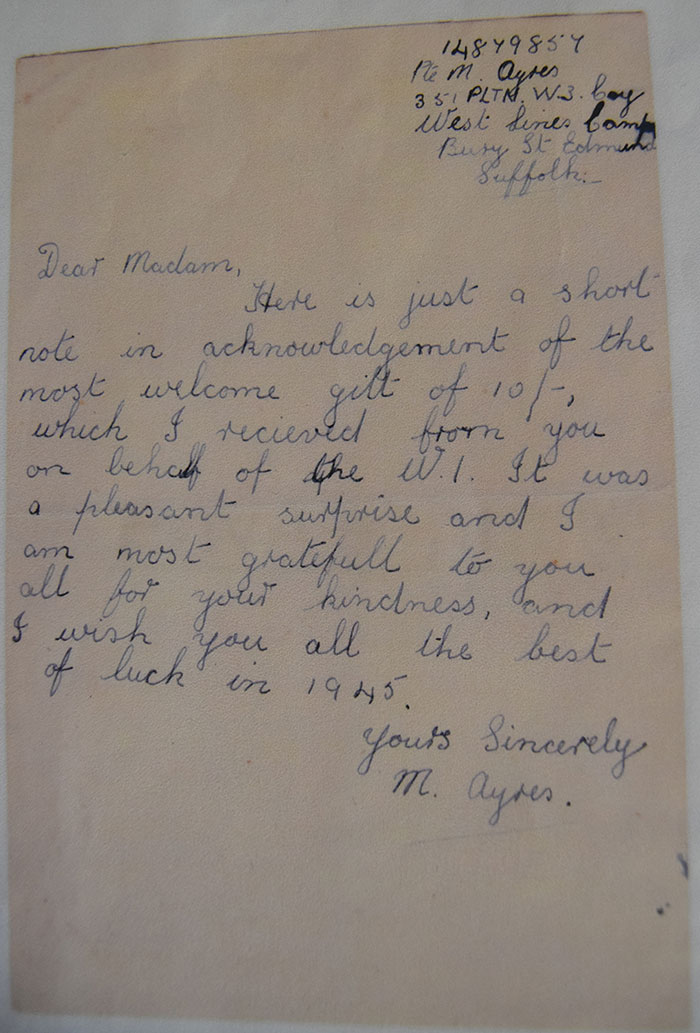 The family of Cecil Oldfield was another easy find for Valerie, who discovered that his son still lives in the family home in Stanhoe. Eric Blackburn was another well-known Stanhoe name with a daughter easily traced to Great Snoring.

The trail soon proved tricky after these initial successes however, so Valerie sought out Syderstone archivist Sheila Riches for help. Rather than working out a family tree backwards, this task proved the reverse of the typical route by working out the family tree forwards. Valerie wrote letters to possible addresses and looked up names in the phone directory and struck gold with many families.

The internet proved vital to Valerie’s success: she used Google to uncover a death notice in the Lynn News from 2016, so she wrote a letter to the funeral directors asking for it be forwarded to the family. She also used Stanhoe’s online archive to uncover photos of another serviceman and was able to trace his stepson that way.

Valerie and Nicola were interviewed on BBC Norfolk’s Sunday Breakfast Show in a bid to find the remaining two families, but this proved fruitless. In December of 2019, there are still two families left to trace, involving a search Down Under: they discovered that one of the servicemen emigrated to Australia and work continues to trace the family there.

And finally, to the possible servicewoman mentioned earlier: the ladies suspect that the letter, written by a D. Mayhew, was likely a Daisy Mayhew who joined the WRAF. She is proving particularly difficult to trace, however, but Valerie believes she may have remained locally but died childless. Work continues to trace any possible family members. 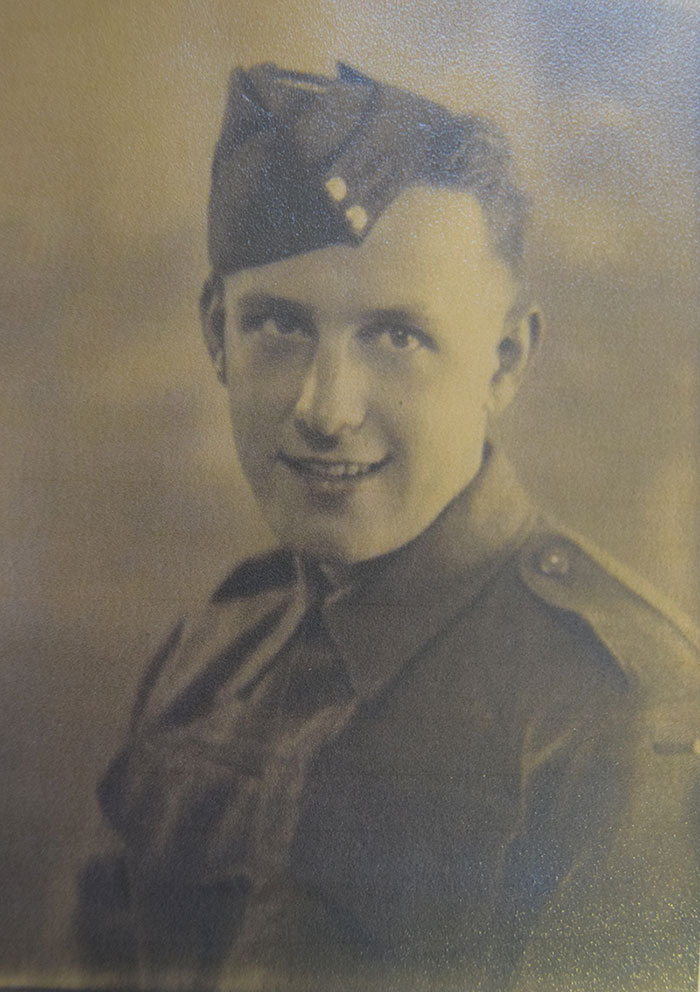 Reflecting on the task of uncovering the family members over the course of 2019, Valerie says: “I began this project feeling that it was a Herculean task. I am stunned by the number of servicemen that I have traced. At times, it has been as emotive for me as for the families.

“To hear a stranger on the telephone saying, “Yes, that was my father”, has given me a sense of immense satisfaction, as well as sending shivers down my spine. When Edgar Smithson’s daughter sat crying in my kitchen, holding her father’s letter and the photo of him as a young boy, I was as overwhelmed as she was.

“I am absolutely delighted to have reunited these letters with family members, thereby keeping the memory of the men alive.”