Searles Leisure Resort has found a replacement train after its former loco was retired this summer after thirty years of service.

The hop-on, hop-off train is an easy and convenient way for guests to travel around the park, stopping at its many different leisure, entertainment and dining facilities.

It also heads out of the resort and into Hunstanton town centre, allowing passengers to disembark at attractions such as Old Hunstanton Beach and the lighthouse.

The search for a new land train began earlier this year, and was headed up by Andrew Searle, a director of the 60-year-old family business which welcomes many thousands of visitors each year.

The quest was threatening to hit the buffers until, by chance, Andrew received news of a land train that had been discovered in the remote north Cumbrian village of Lazonby.

On journeying up to take a closer look, he was delighted to find that the train had three passenger carriages – exactly the number sported by its predecessor.

And the icing on the cake was its striking blue-and-white livery, the colours which Searles has used for decades on its signage and advertising.

The deal was struck, and the train was transported from Cumbria to bespoke vehicle specialists Electromec Services in Exeter for a thorough check-up and servicing.

Finally, in July this year, the now gleaming engine and carriages arrived in Norfolk to begin their new life beside the seaside – and a fond farewell was made to the old train.

But just one issue remained, explained Andrew – just what should the new train be called?

The question was posed to Searles' many followers on social media, and a lively debate followed which resulted in scores of suggestions.

Eventually a winner emerged, and the train has now been called "Richard" in remembrance of Richard Searle MBE, the father of Andrew, Paul and Joanna who today manage the park. 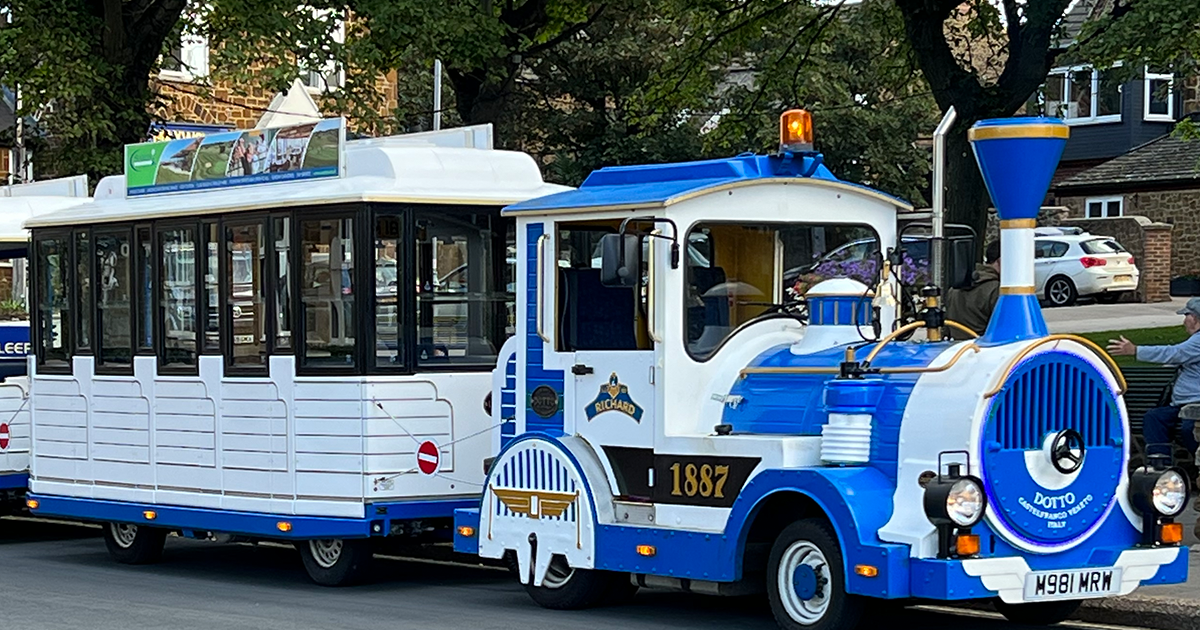 Richard's name is on the door

It was Richard who pioneered not just the concept of a land train, but also introduced many of the much-loved features of Searles which helped transform it into a major holiday resort.

"Our train has brought many happy memories and enjoyment to the tens of thousands of people who have used it over the years," said Andrew.

"It's more than just a fantastic way to get around our resort and visit local landmarks, but also one of the reasons why visitors return time after time to Searles.

"My brother and sister and I are delighted that it now bears the name of our father, and celebrates the amazing work he did in popularising tourism in this part of Norfolk.

"His tireless enthusiasm and enterprise was also the reason that Richard was made an MBE by Queen Elizabeth, in 2001, and the train is a great way to remember him!"

There is more information about Searles Leisure Resort at www.searles.co.uk