Hundreds of people joined the annual march of Remembrance in Hunstanton on Sunday, organised by Simon Matthews of the Royal British Legion Hunstanton Branch, including representatives of many local organisations including the Town Council, RNLI, Coastguard, Fire Service, Rotary International, Inner Wheel, Round Table and Ladies Circle. 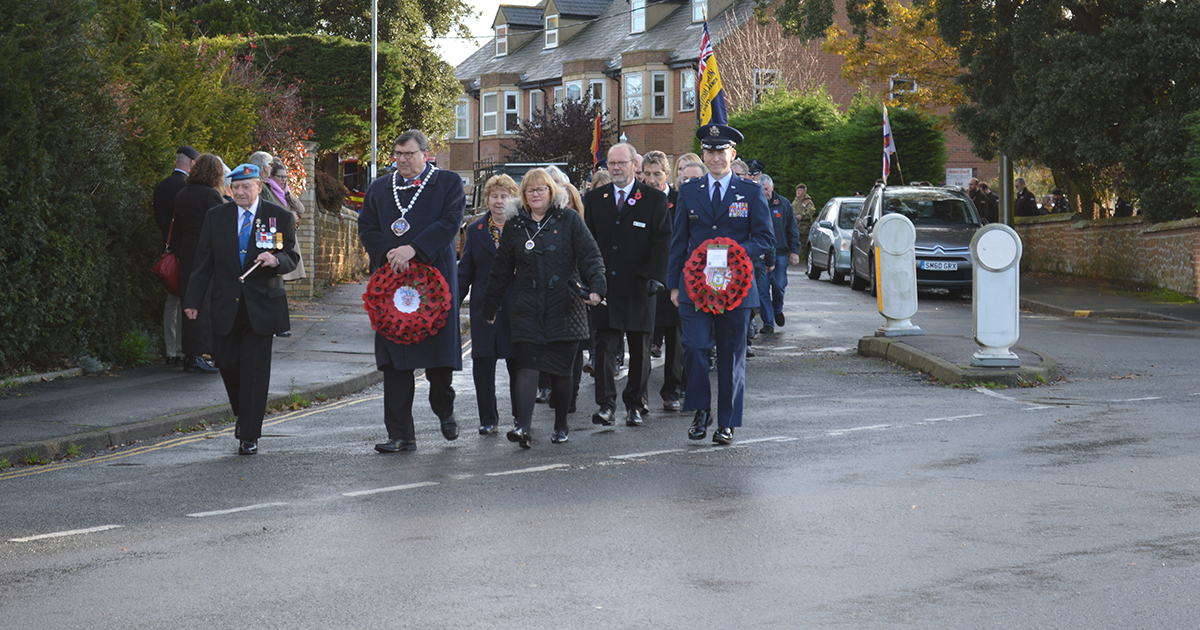 Led by Hunstanton’s Mayor and Mayoress Cllr Tony Bishopp and Mrs Joy Bishopp, the procession made its way through the town’s High Street where passers-by stopped to see the spectacle. Members from the USAF 67th, marking their 67th anniversary joined retired and current members of the British Armed Forces and formed up behind the Mayor and Royal British Legion Standards for the march. 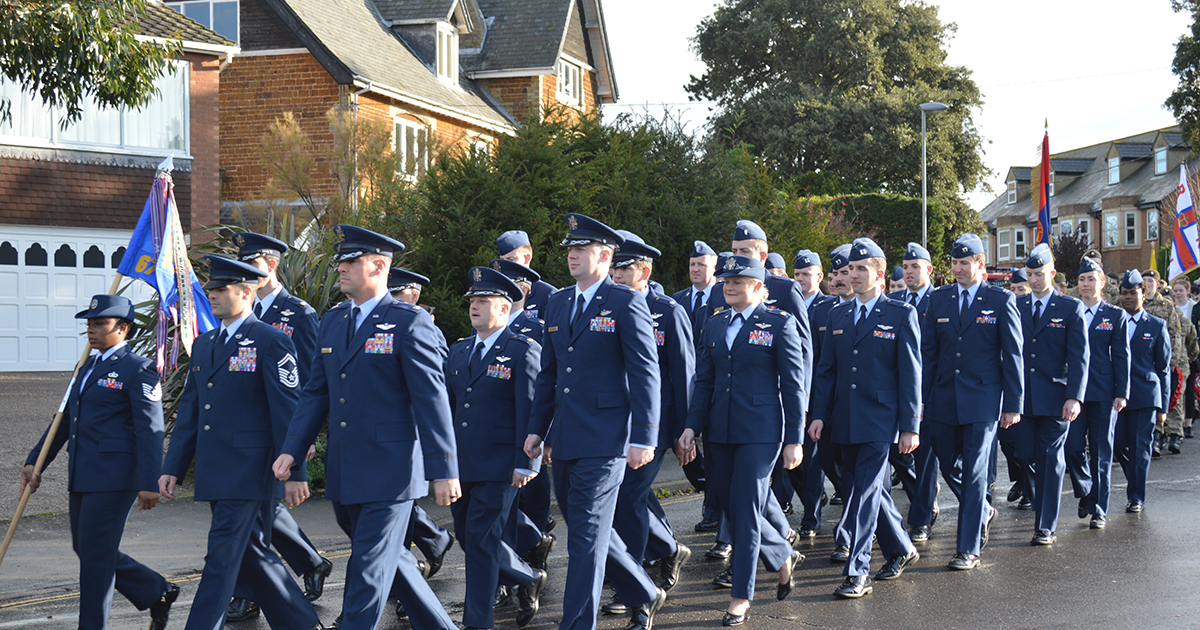 Remembrance in the town began this year with the Scouts placing crosses on the War Graves in Hunstanton’s Cemetery and the Scouts also joined the march along with Cubs, Beavers and members of Guiding. 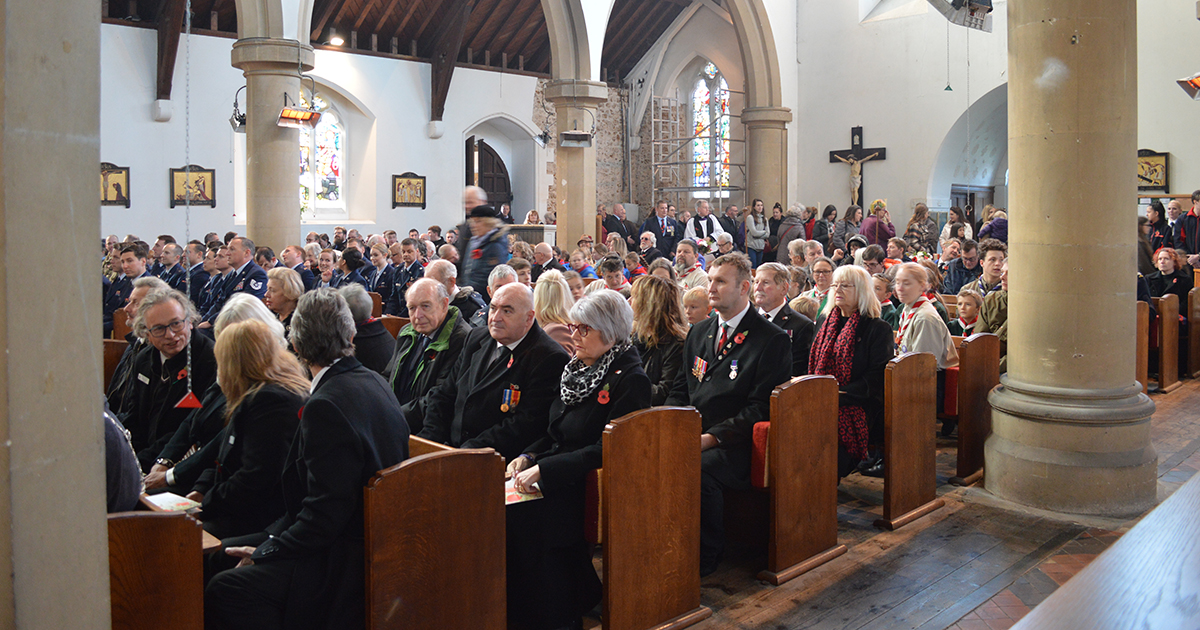 After a short service at St Edmund’s Church conducted by Fr James Monro, where many had to stand because the church was so full, the procession re-formed and made its way to the War Memorial in the Heritage Gardens where Fr James continued the Act of Remembrance with Sid and Betty Miller, Anthony Jewell with David Young playing the Last Post . 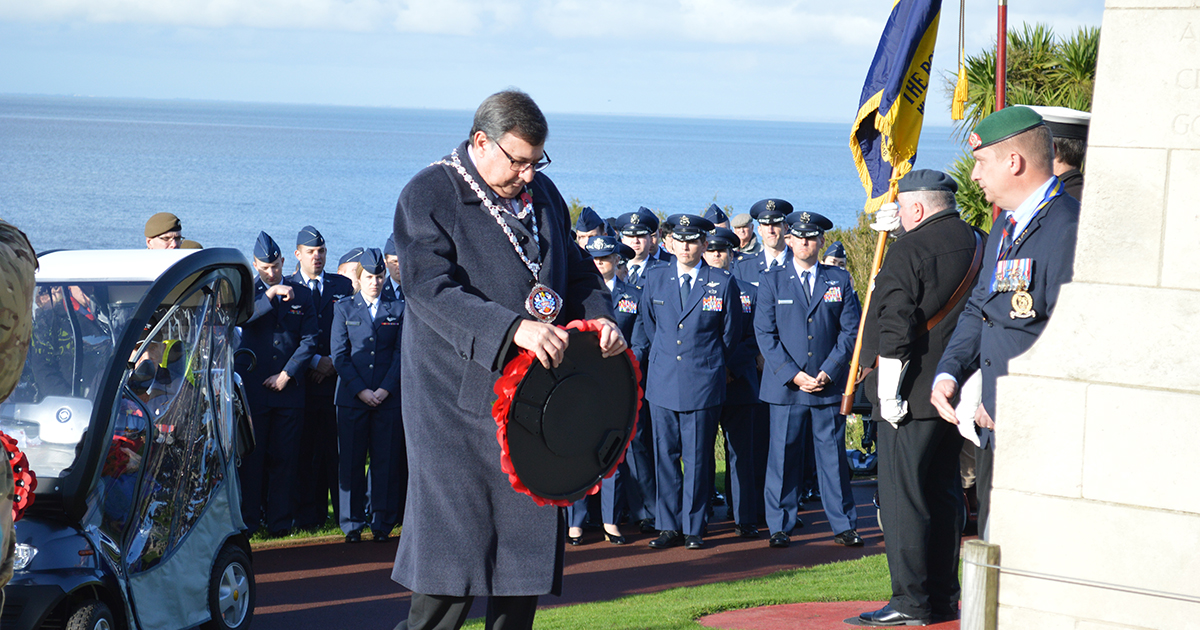 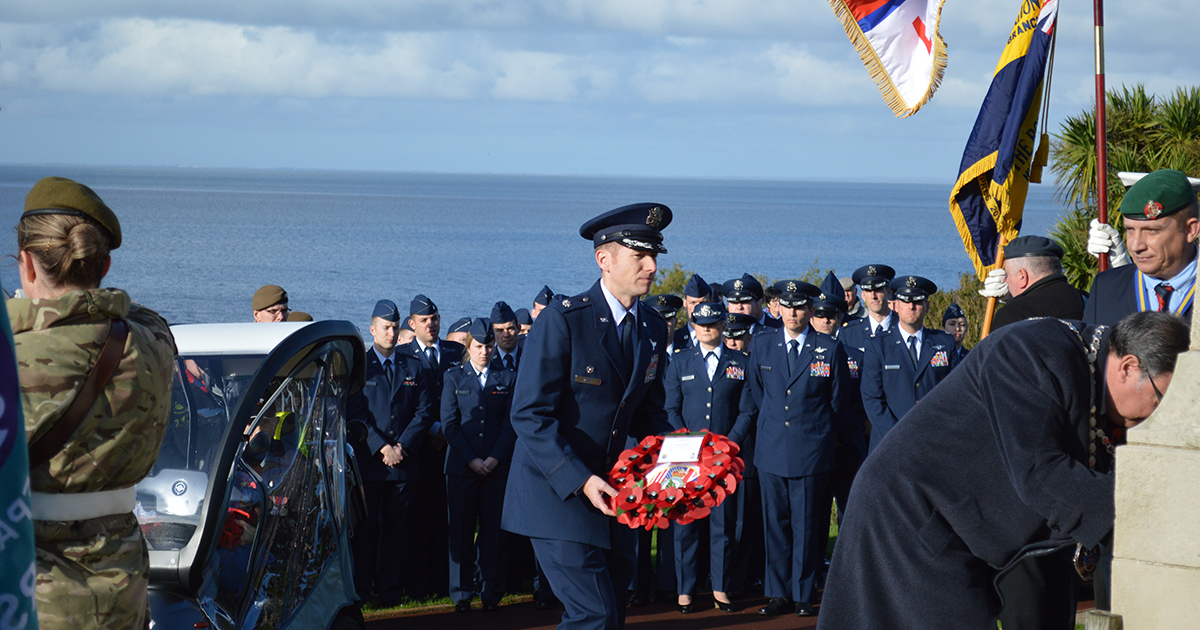 The first wreath was laid at the War Memorial by the Hunstanton Mayor, and this was followed by the 67th wreath laid by Lt Col William J Kelly. Remaining wreathes filled the four sides of the Memorial and the assembled crowd saw 98 year old Leonard Potter, Chevalier (Knight) in the Ordre national de la Légion d'Honneur, who served in the RAF in WWII, leave his mobility scooter and walk to the Memorial in his D-Day cap to pay his respects and lay wreaths. 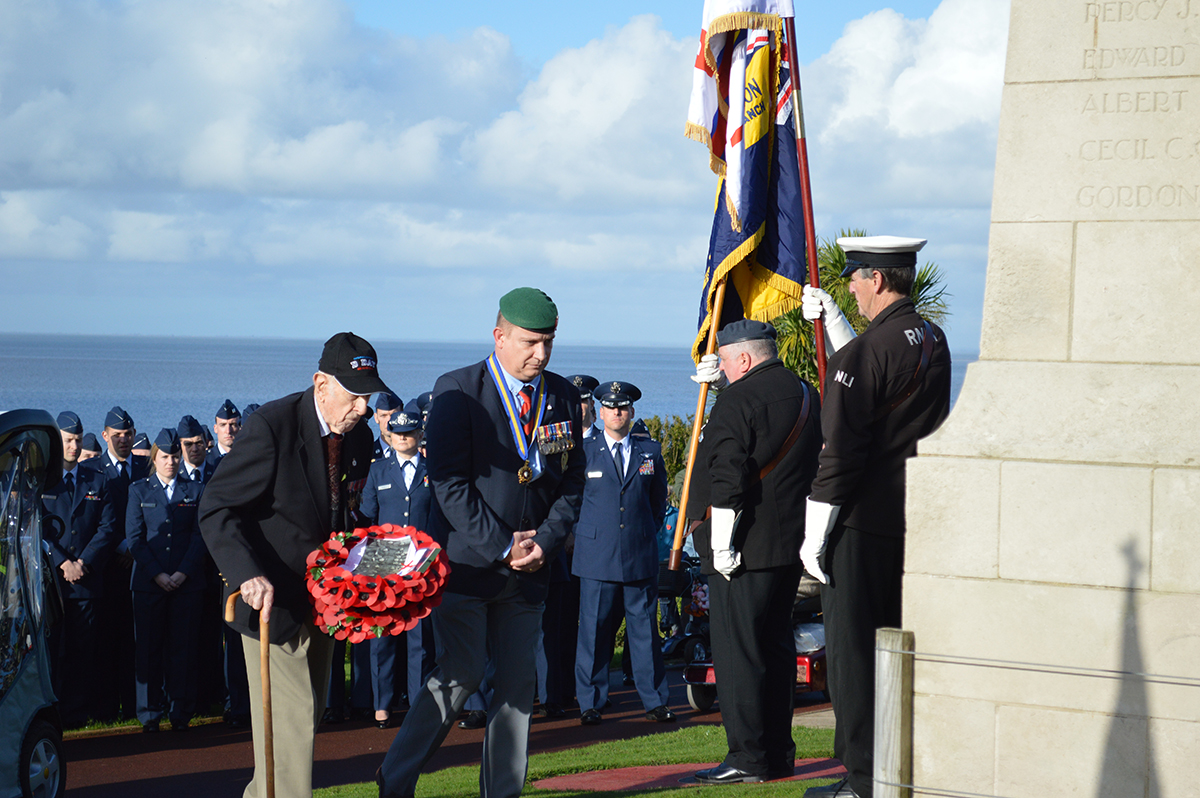 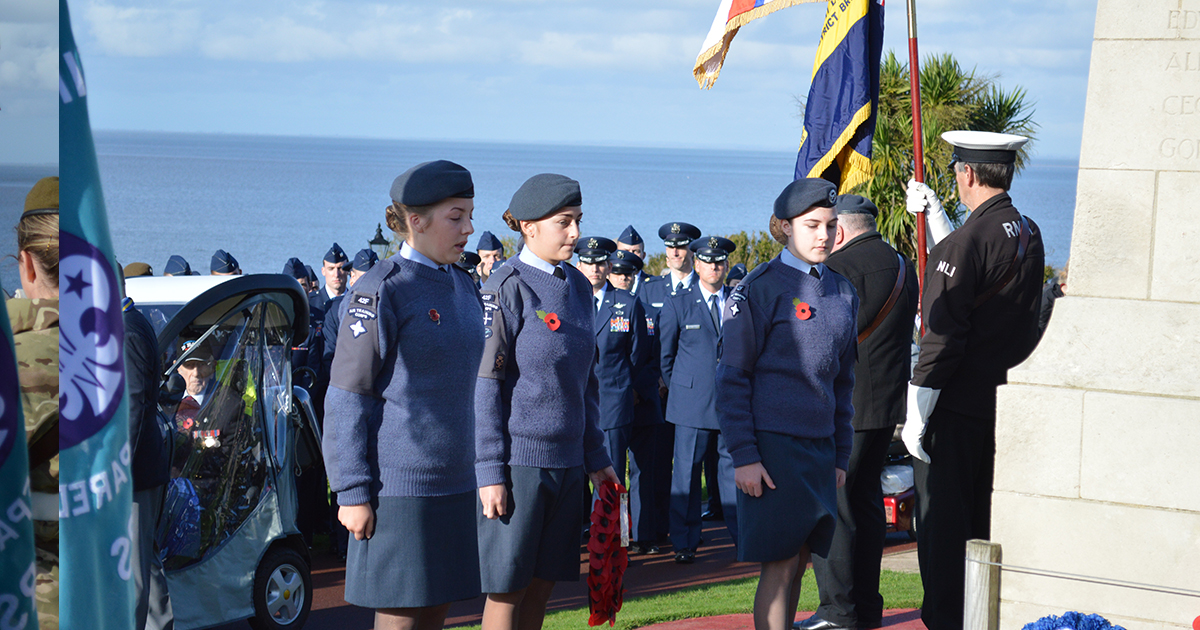 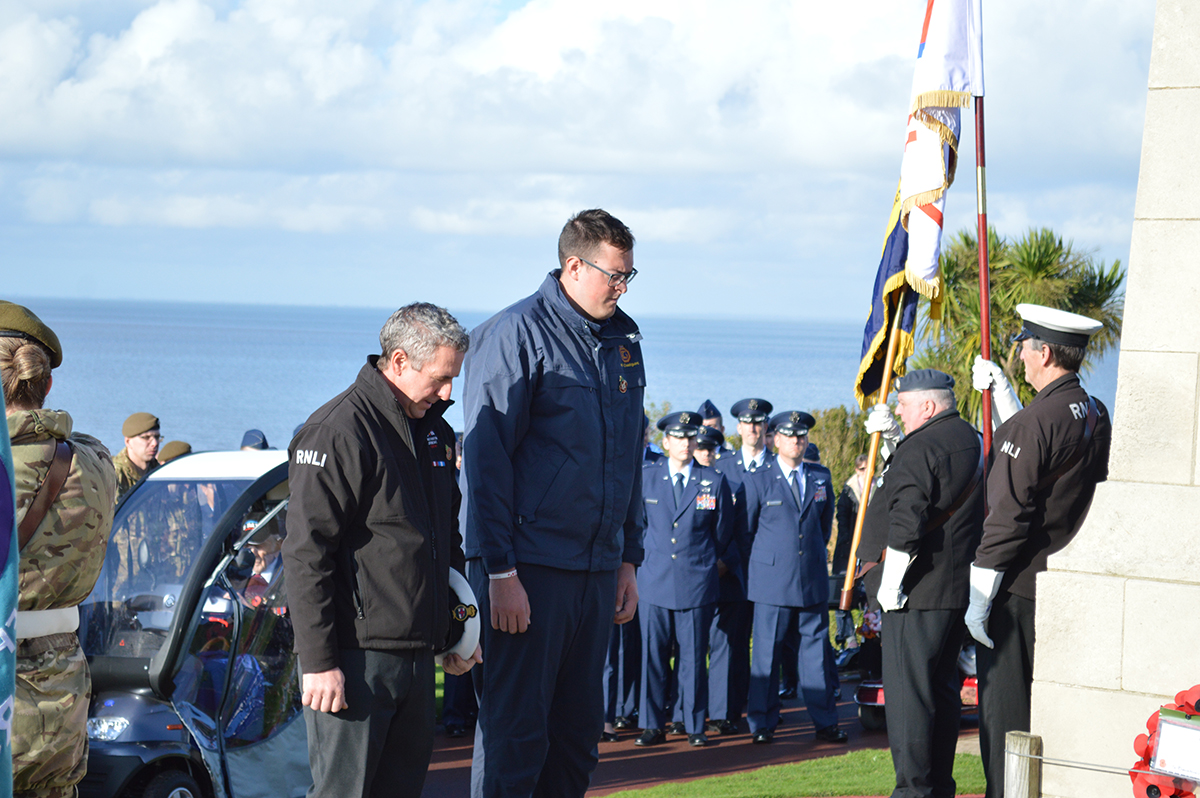 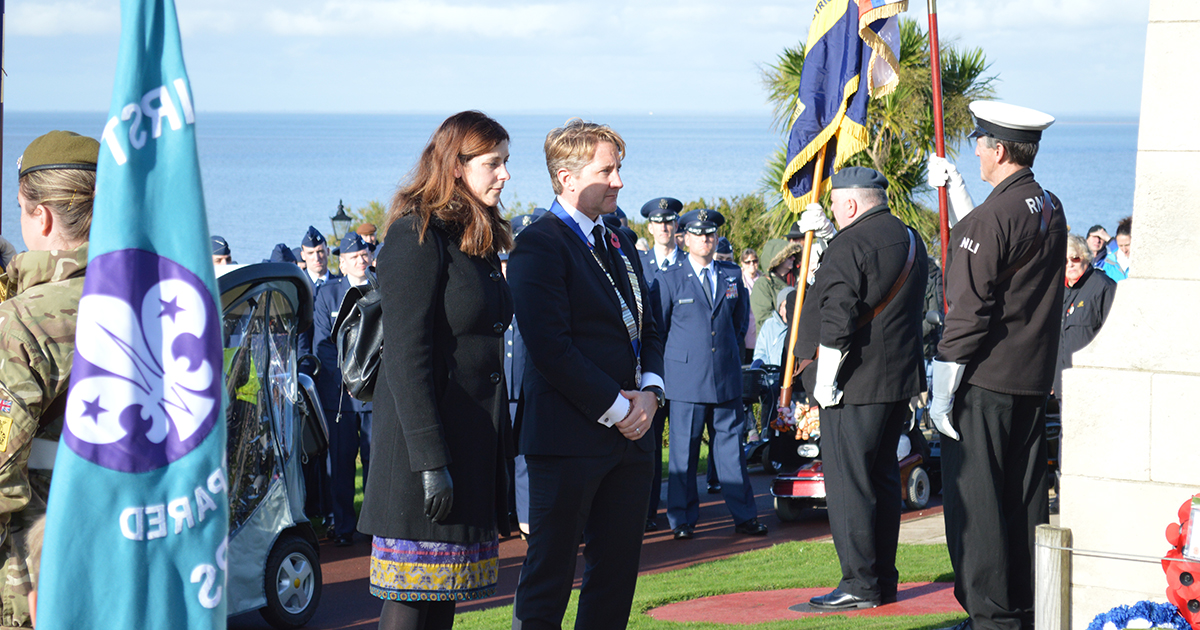 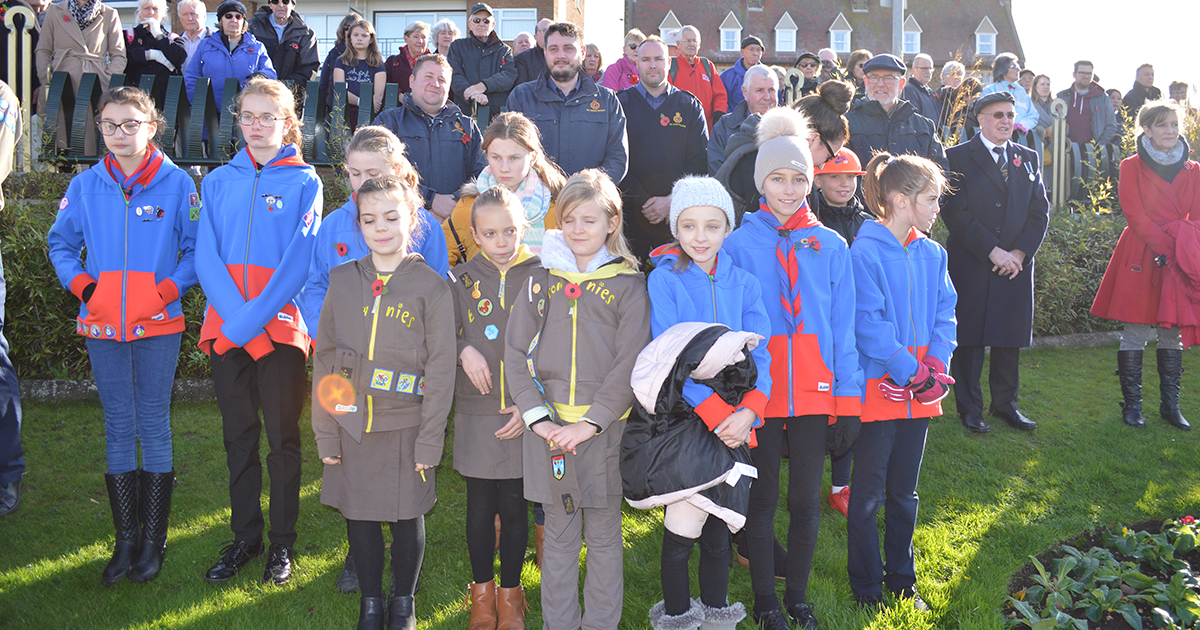 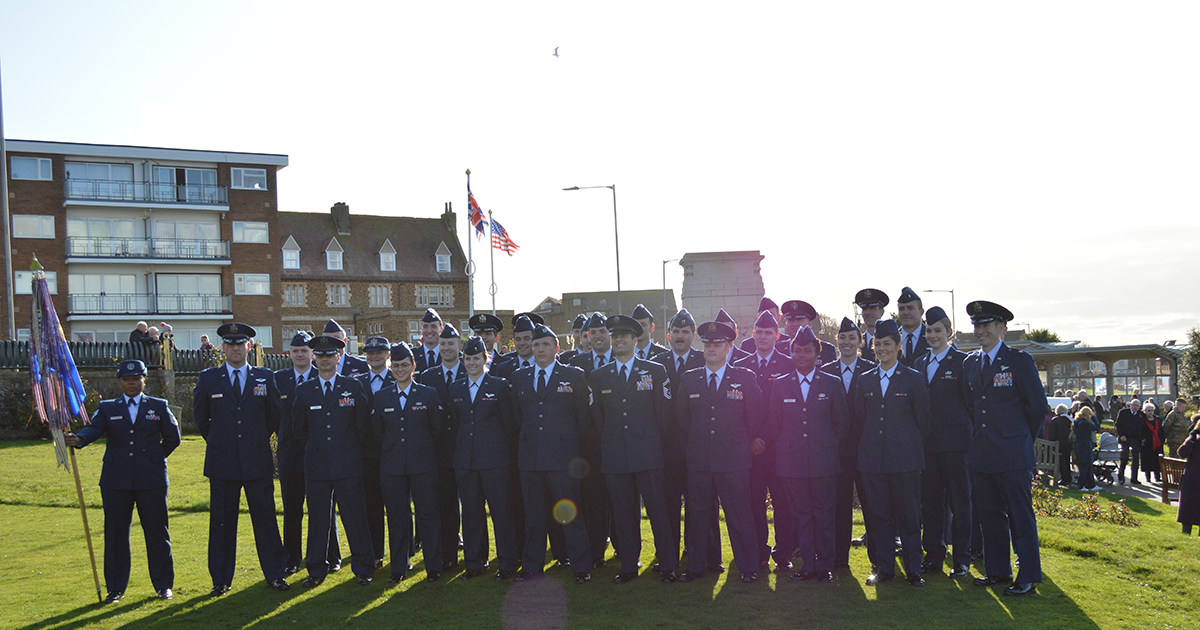