Over 260 years since the birth of Admiral Horatio Nelson, The Hoste in Burnham Market are holding a ‘Remember Nelson’ exhibition in their walled garden.

Letters written by Nelson, prints, art from George Arnald and an original life mask cast of the famous officer and maritime ornaments are just a few of the treasures on display.

One of Britain’s most revered and heroic figures, Horatio Nelson was born on 29 September 1758 in a rectory in Burnham Thorpe to Reverend Edmund Nelson and Catherine Suckling. Nelson regularly frequented The Hoste (then the Pitt Arms) during his life, he would receive his dispatch papers there and was known to stay in Room 5 and caught the morning coach to London from Burnham Market.

Nelson was a renowned flag officer in the Royal Navy, known for his inspiring leadership, knowledge of strategy, and unusual tactics which led to a number of decisive British naval victories, particularly during the Napoleonic Wars.

He sustained various injuries during combat, losing the sight in one eye as well as most of his right arm in the unsuccessful attempt to conquer Santa Cruz de Tenerife. He was shot and killed at the aged 47 during his final victory at the Battle of Trafalgar in 1805.

The Hoste was eventually named after Sir William Hoste, one of Nelson’s Protégé’s and who was born in Ingoldisthorpe and the exhibit incorporates aspects of the relationship between the two.

A display at the exhibit reads: “Nelson’s death in battle immortalised him forever but his legacy goes far beyond the victory at Trafalgar. During his lifetime Nelson campaigned for better treatment of sailors whether it was for improvements to living conditions and food, fair acknowledgement or just reward.”

“But Nelson will also be remembered for his inspirational leadership. He never forgot what it was like to go to sea as a young boy of 12 and Nelson devoted time to nurturing and training his midshipmen and junior officers.”

“Over 200 years since his death, the legacy of Nelson continues and principles he would recognise remain within the core values of the modern Royal Navy: Commitment, Courage, Discipline, Respect for Others, Integrity and Loyalty. Vice Admiral Sir Horatio Nelson will never be forgotten.”

The exhibition in the Nelson Lodge is open daily between 10am to 5pm in The Hoste’s walled garden and entry is free. 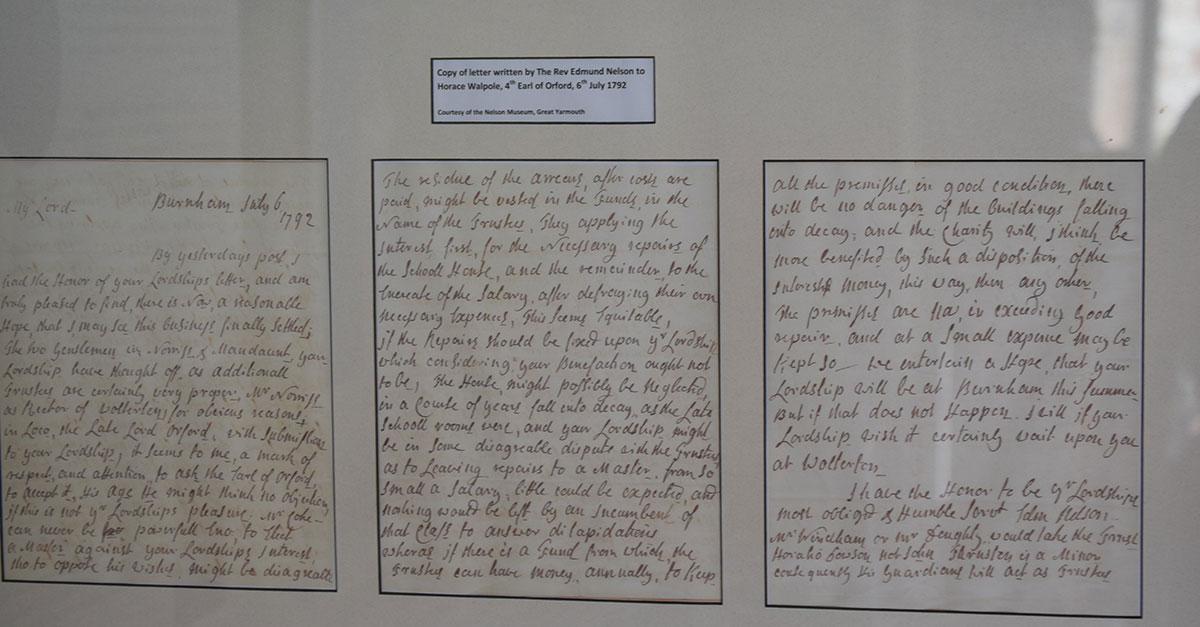 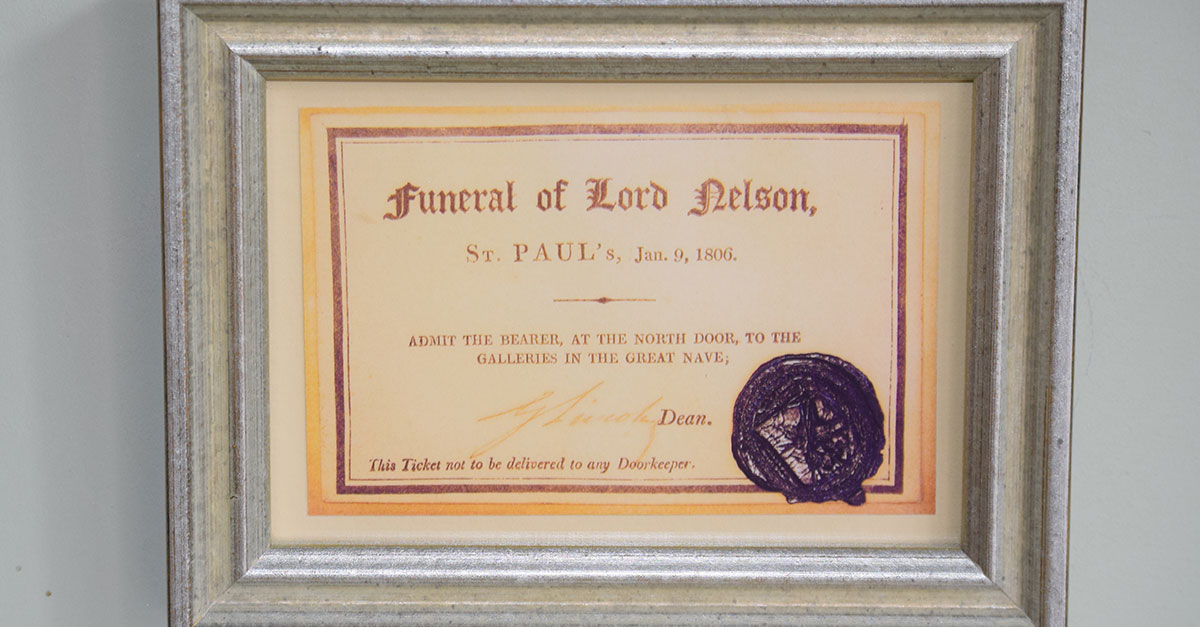 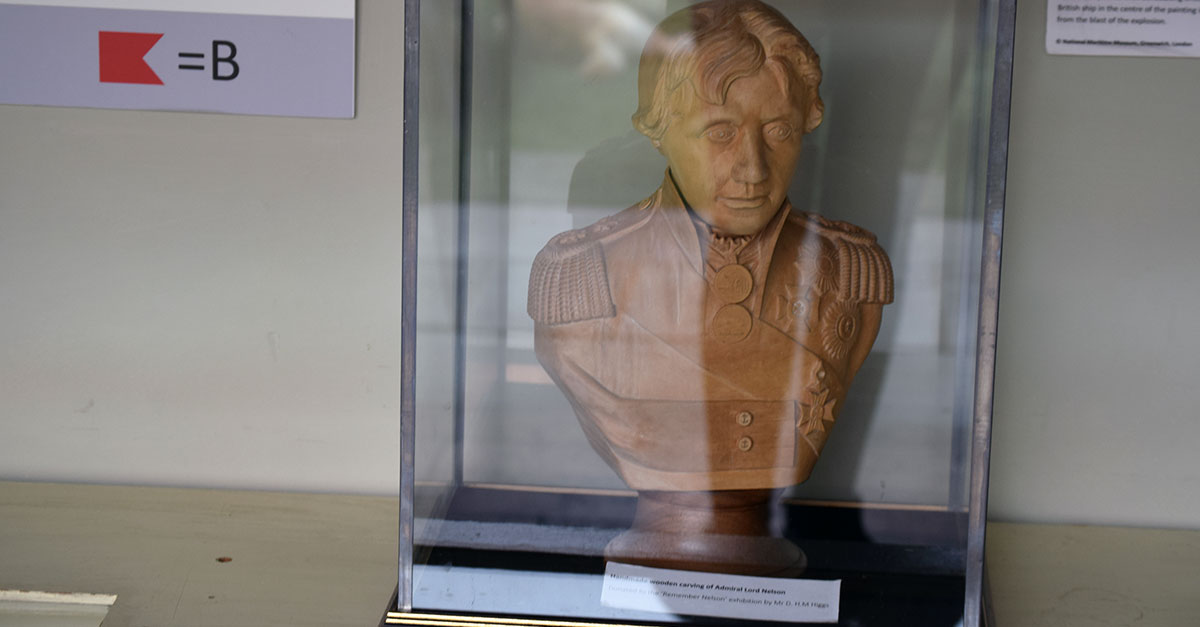