Resplendent in his uniform, at 10am Retired Merchant Master David Kent raised the flag at Hunstanton’s War Memorial in the Esplanade Gardens and the Mayor Cllr Amanda Bosworth said: “We are gathered here this morning to Fly the Red Ensign as a mark of respect for the personnel of our Merchant Navy. Since 2000, Merchant Navy Day has honoured the brave men and women who kept our ‘Island Nation’ afloat during both World Wars and celebrates our dependence on modern day merchant seafarers.

HRH The Earl of Wessex has sent the following message:

“On this Merchant Navy Day, I very much hope you will support this campaign by Seafarers UK to remember the sacrifices, salute the courage and support the future of the often unsung personnel of our Merchant Navy. Too often they are the forgotten or invisible service. By raising the Red Ensign you will ensure that at least on this day they are remembered. Your act will mean so much to their families and to the retired, but most especially to those at sea.”

The Mayor continued: “Before we raise the flag, I would like to give a special mention to Captain Charles Fryatt, Master of the Great Eastern Railway Steamship ‘Brussels’, who was wrongly executed as a spy in Bruges on 27 July 1916. A seat dedicated to Captain Fryatt and the Mercantile Marine can be found in the memorial gardens by the ruins of the Chapel of St Edmund.

We offer our humble thanks to all those men and women who serve or have served in the Merchant Navy, some of whom we are honoured to have with us here today.”

The Royal Navy, the Royal British Legion and the RNLI were represented at the raising of the Red Ensign alongside residents, councillors and Town Council Officers. John Houston, who was also served in the Merchant Navy in the 1960’s laid a wreath in memory of absent friends at the War Memorial.

Rev James Monro said prayers for those who have served and continue to serve in the Merchant Fleet concluding with the words: “Protect in your everlasting arms O Lord, all those who go down to the sea in ships; and as they see your great and mighty wonders in the deep, so give them grace to put their trust in you, who alone are the Anchor of their souls and the Rock of their salvation.”

Over coffee and biscuits at the Town Hall, Mr Kent explained the significance of his uniform which had a diamond and four rings on the sleeve. The diamond denotes the position of Certificated Officer and the four rings are for the Master (Captain) of the vessel. 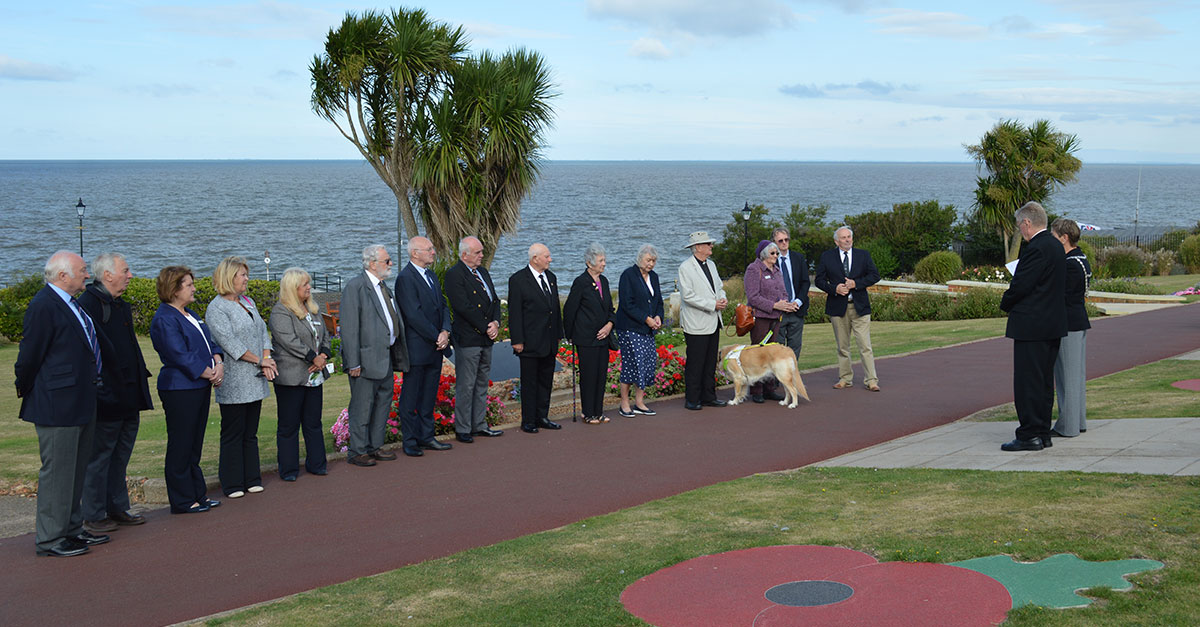