Since 2000, Merchant Navy Day on 3 September has honoured the men and women who kept our island nation afloat during both World Wars, and has celebrated our dependence on modern day merchant seafarers who are responsible for 95% of the UK’s imports, including half of the food we eat.

The charity’s president, HRH The Earl of Wessex, has endorsed the campaign, saying: “On this Merchant Navy Day, I very much hope that you will support this campaign by the Seafarers’ Charity to remember the sacrifices, salute the courage and support the future of the personnel of our Merchant Navy. Too often they are the forgotten or invisible service. By raising the Red Ensign you will ensure that at least on this day they are remembered.”

Cllr Adrian Winnington, Mayor of Hunstanton said “Hunstanton Town Council is proud to fly the Red Ensign to celebrate Merchant Navy Day, and to make people aware of the sacrifice and service of all merchant seafarers.”

Every Community, Parish, Town and City council is asked to take part, in addition to all Borough, District and County councils, plus Unitary Authorities throughout the UK and many flag-hoisting ceremonies are attended by local Merchant Navy Association (MNA) and Royal British Legion members, who welcome being part of the nationally co-ordinated campaign.

The Town Clerk said: "The flag will be raised but unfortunately, due to prior commitments, there will not be any official event taking place by HTC this year."

On 3rd September 2019, Retired Merchant Master David Kent raised the flag with the (then) Mayor Cllr Amanda Bosworth, Councillors, members of the Royal British Legion and members of the public in attendance. On that day Rev James Monro said prayers for those who have served and continue to serve in the Merchant fleet. 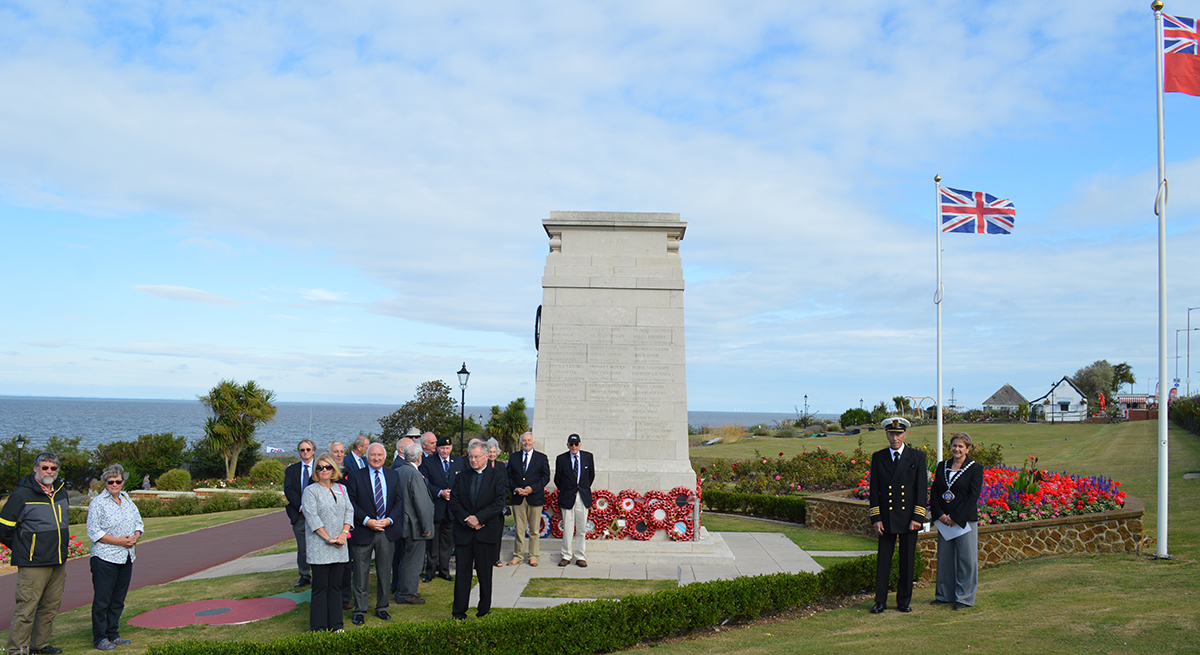