Providing an uplift for the Breast Cancer Unit development fund

Hunstanton’s High Street was festooned with over four hundred bras of all shapes, colours and sizes for the Rotary Bra Day on Bank Holiday Monday.

Ahead of Breast Cancer Awareness month when on 13th October women are asked by Littlelifts* to forgo wearing a bra while the men in their life wear a bra for the day to show solidarity with women, male members of Hunstanton and District Rotary Club bravely donned bras while they were collecting funds for the Breast Cancer Unit Development Fund at the Queen Elizabeth Hospital in King’s Lynn. 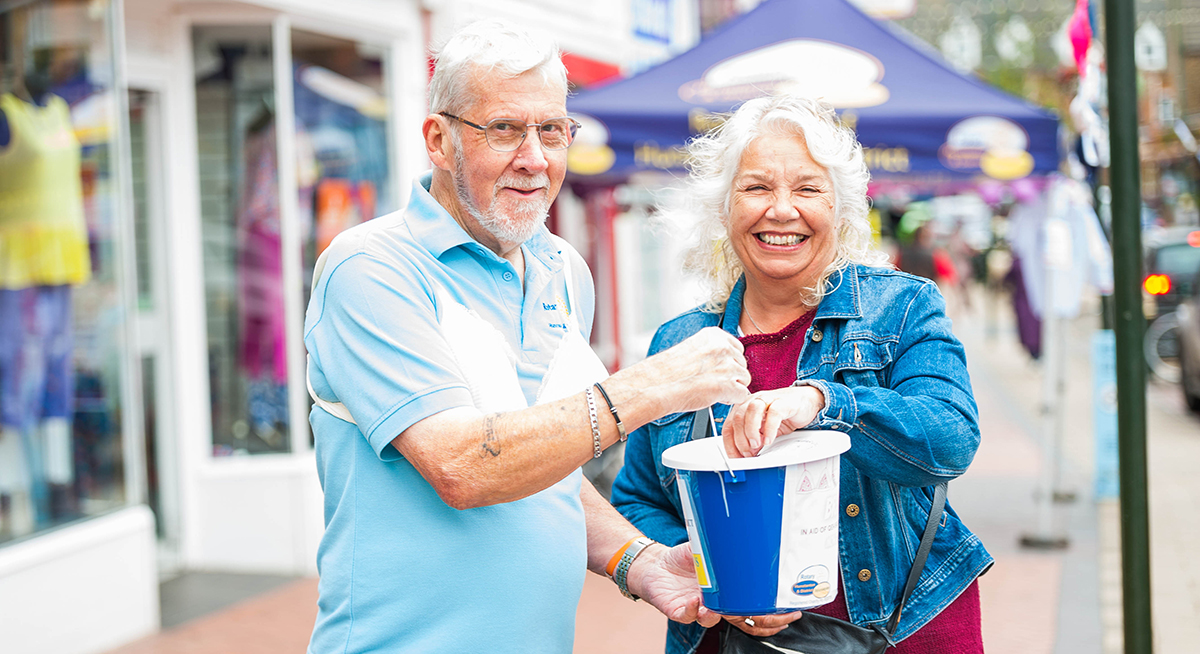 Male Rotarians in bras were certainly going to get noticed on a damp Monday morning in Hunstanton and Sally Brazier, who was visiting from Leigh-on-Sea in Essex with husband Philip, was one of the first to contribute.

Local businesses including Keelie’s, the Hospice Shop and the RSPCA shop had agreed to be collection points for bras donated over the summer and these were collected by Rotarians in readiness for the event. Then Mary Harpley spent hours hooking all the bras together before the team decorated the High Street. 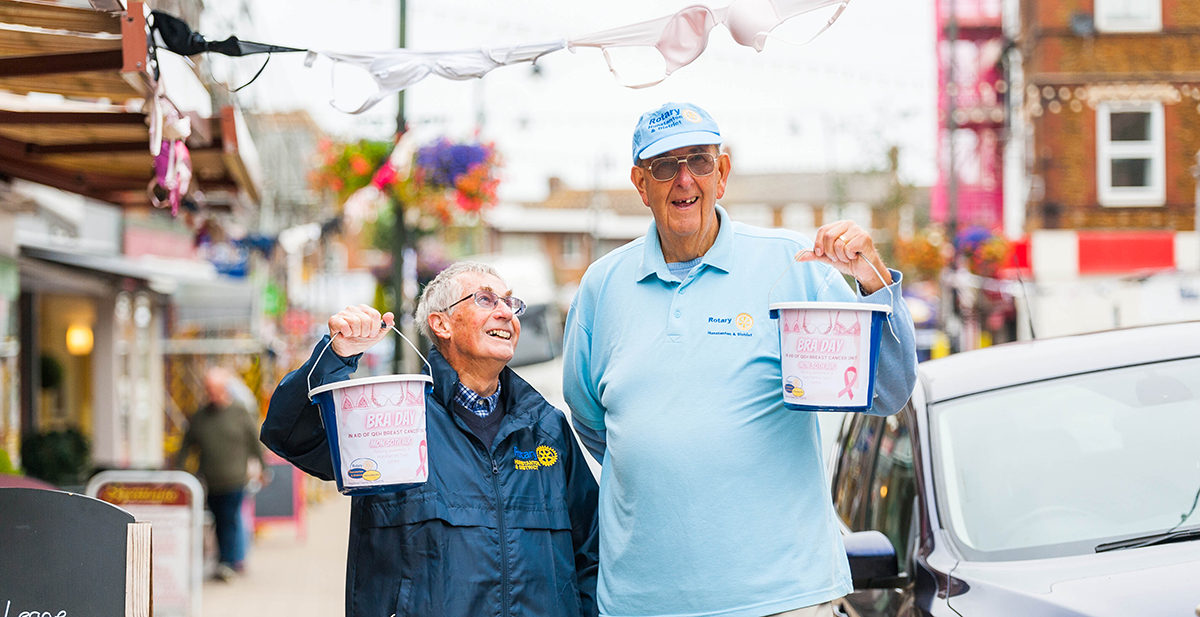 President of the Hunstanton and District Rotary Club Mick Harpley said: “We hope that this will become an annual event for the club and we are liaising with the QEH to make sure we by something they really need for the Unit.”

With her collecting bucket in hand, Gill Brown said: “I feel quite emotional; a man has just given £10 and told me about his wife who is having treatment at the QEH now.”

Although breast cancer affects mostly women, around 370 cases a year are diagnosed in men.

Former Rotary President John Crofts contacted T&A to say that they had counted the donations and the total was £1,003. There will be some more to be added to this from the raffle proceeds which is being organised by Peter Gohegan at Mr Bun the Baker, Hunstanton.