The Norfolk home of BBC Autumnwatch is growing eco-friendly wheat that will be harvested next year.

In the coming farm year (harvest 2022) Wild Ken Hill will switch half of its wheat production into a pioneering pasture cropping system.

Pasture cropping involves growing crops within amixture of grasses, clovers, and legumes called a herbage ley, which provides huge benefits to the environment, including carbon sequestration and greater biodiversity.

Wild Ken Hill will specifically use a pasture cropping system established by Wildfarmed, an innovative food and farming company. The system will see crops planted in strips between the herbage lay. Some of the plants used by Wild Ken Hill for the herbage ley have the ability to fix nitrogen back into the soil, providing nutrients for cash crops like wheat.

The system is at the forefront of farming innovation in the UK because it eliminates the need for synthetic fertilisers, chemical pesticides, and ploughing. Applications of synthetic fertilisers and chemical pesticides damage soil health, biodiversity, and watercourses, while ploughing causes the release of carbon dioxide into the atmosphere and destroys soil structure.

Instead, Wild Ken Hill will use new, specialist equipment to establish and then manage the crops. In particular, a new mower – one of only two in the country – will be used to control the herbage ley, preventing it from crowding out the crops.

Nick Padwick, Wild Ken Hill Estate & Farm Director said: “The Wildfarmed system allows us to build soil health following years of synthetic inputs and cultivations, reduce our carbon footprint and improve our farm biodiversity, as well as growing grains that will produce healthier food. This new system will not only be good for our natural environment, but also for us as farmers – with a good price for this high-quality grain, and minimal cost requirements, we expect it to be more profitable than a conventional wheat crop”.

Wild Ken Hill are going to initially use diverse population wheat – varieties grown before the introduction of plant breeding in the early 1900s. These crops were much more resilient, reliable, and adaptable than modern varieties, having large root systems which allow the plants to forage for moisture and nutrients deep throughout the soil profile.

The harvested wheat is sold to Wildfarmed, who stone-mill it for flour, and sell it on to their growing network of restaurants, bakeries, schools and food processors.

Andy Cato, co-founder of Wildfarmed said: “It’s been an enormous pleasure and privilege to begin working with Nick Padwick. His vast experience is invaluable in our continual efforts to improve a pasture cropping system and to make it as widespread, reliable and as easy to adopt as possible. Nick and the team at Wild Ken Hill are doing amazing things and it’s hugely rewarding that our farming system is now a key part of their plans to build back healthy soils”

“Ultimately, we need as many farmers as possible transitioning to more ecological methods of farming cereals. For that to happen it has to be low-risk and financially viable. Bringing together a community of growers, sharing knowledge and equipment, and providing them with a sustainable route to market is what Wildfarmed aims to do. Norfolk, as the breadbasket of the UK, couldn’t be a more important part of the country to launch our vision of getting quality grains into the food supply chain, while leaving the land rich for future harvests.”

And Wild Ken Hill Project Manager, Dominic Buscall, added: “The move is a logical next step on our regenerative agriculture journey, which began around 10 years ago when we stopped using insecticide. I’m incredibly proud of the work Nick Padwick has done to establish us as a true leader in this field” 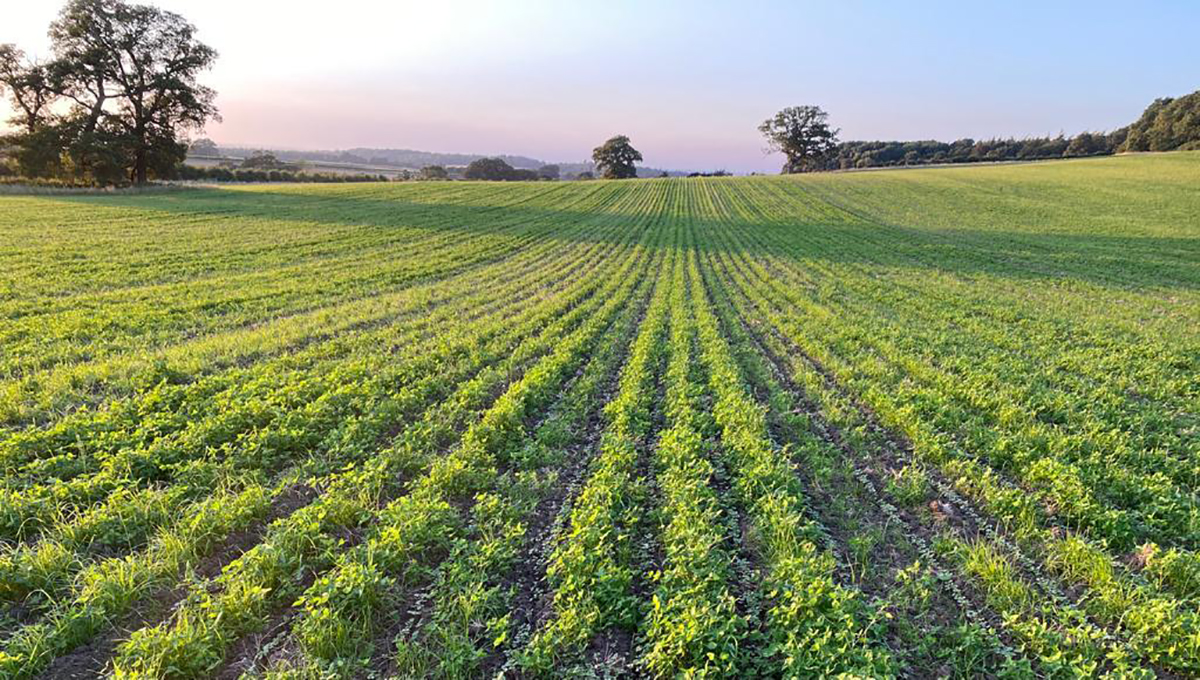