Every man rode every mile of this gruelling challenge.

Eight men with ages ranging from 60 to 71 set about a challenge to ride bicycles from Kings Lynn around a 250 mile+ course over two days raising monies for Little Discoverers West Norfolk School for Parents, in conjunction with the King’s Lynn Priory Rotary group.

On the morning of 2nd July at 7.45 the group met up at Lynnsport for a photo call with Little Discoverers’ representatives Hazel Colley and Katie Fisher. 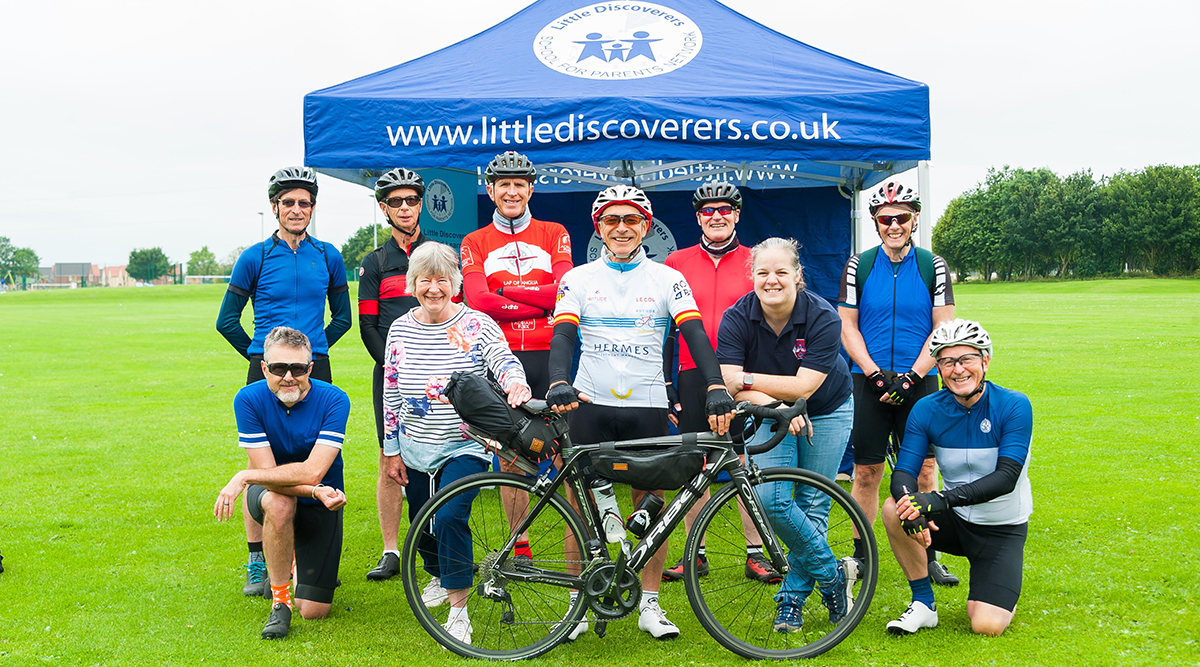 Jonathan Holmes said: “Our route was organised by Phil Brown using Garmin mapping and he also acted as route master; he sent the map to all of us just in case we had to split up.

“This was a big job and we are grateful he took it on.” 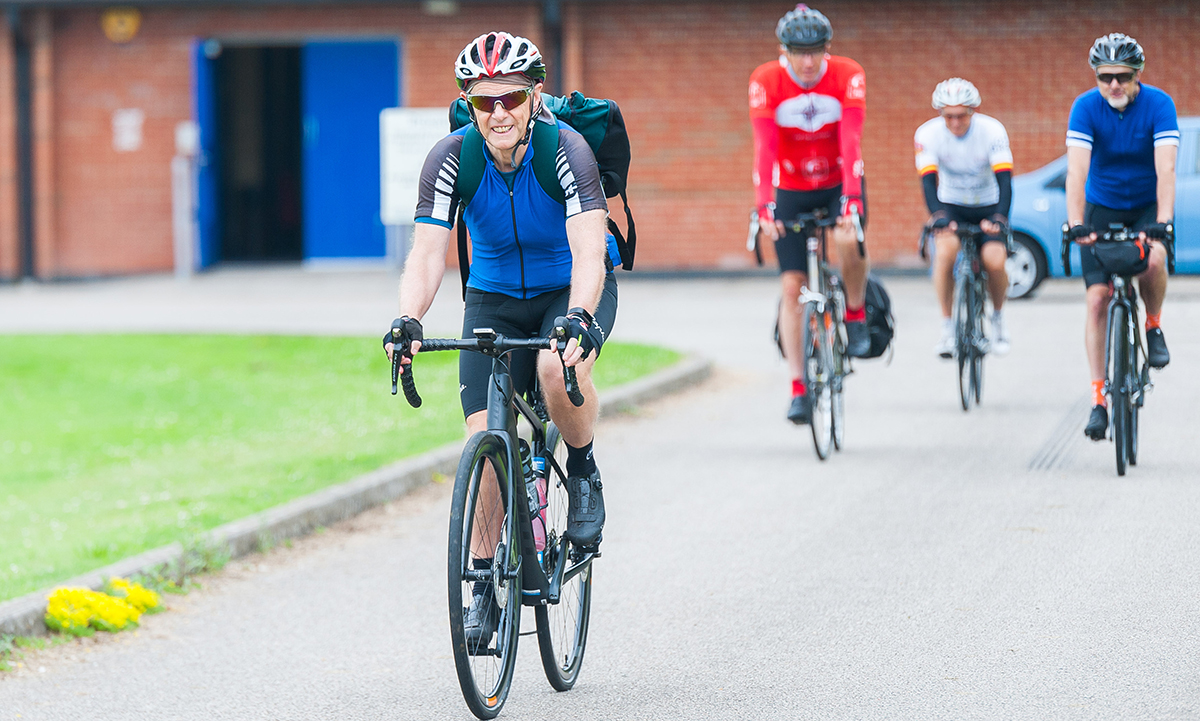 Day one saw this group of eight riders cover 121 miles at an average speed of 15.3 mph. They stopped 3 times for breaks at Wells, North Walsham, and Great Yarmouth reaching their overnight destination at 6.30pm in Beccles.

Phil Davies said: “Overall, the ride was very enjoyable; we took the decision to modify the route to avoid the busy coast road as much as possible, which added a couple of miles and a few more hills.”

On day two the weather forecast was quite ominous with threats of heavy thundery showers, however, their luck was in, and they managed to avoid the downpours. After stopping at Eye, Brandon, and Sutton Bridge they arrived in Kings Lynn having completed 131 miles at an average speed of 16.1mph during the day. 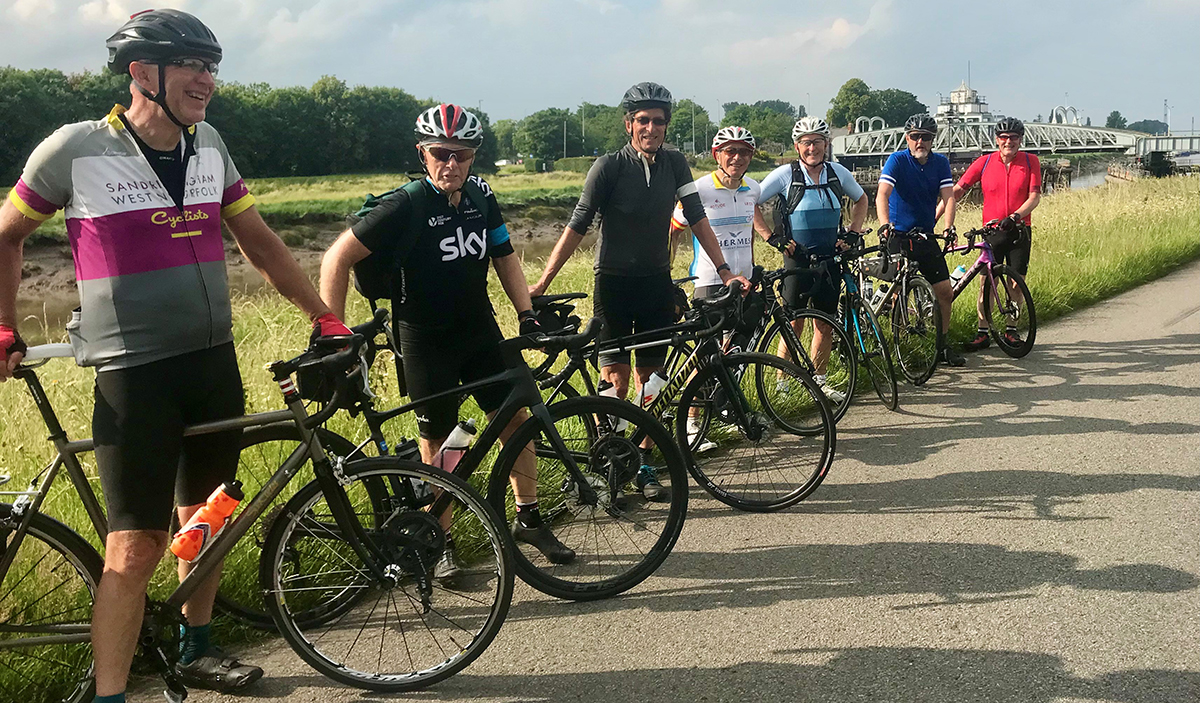 En-route they encountered 3 punctures and a split tyre that fortunately one of their number had a spare tyre to replace.

Arriving in Kings Lynn at 6.30 (on time!) the group celebrated with the odd glass of bubbly before watching England’s football match against Ukraine. 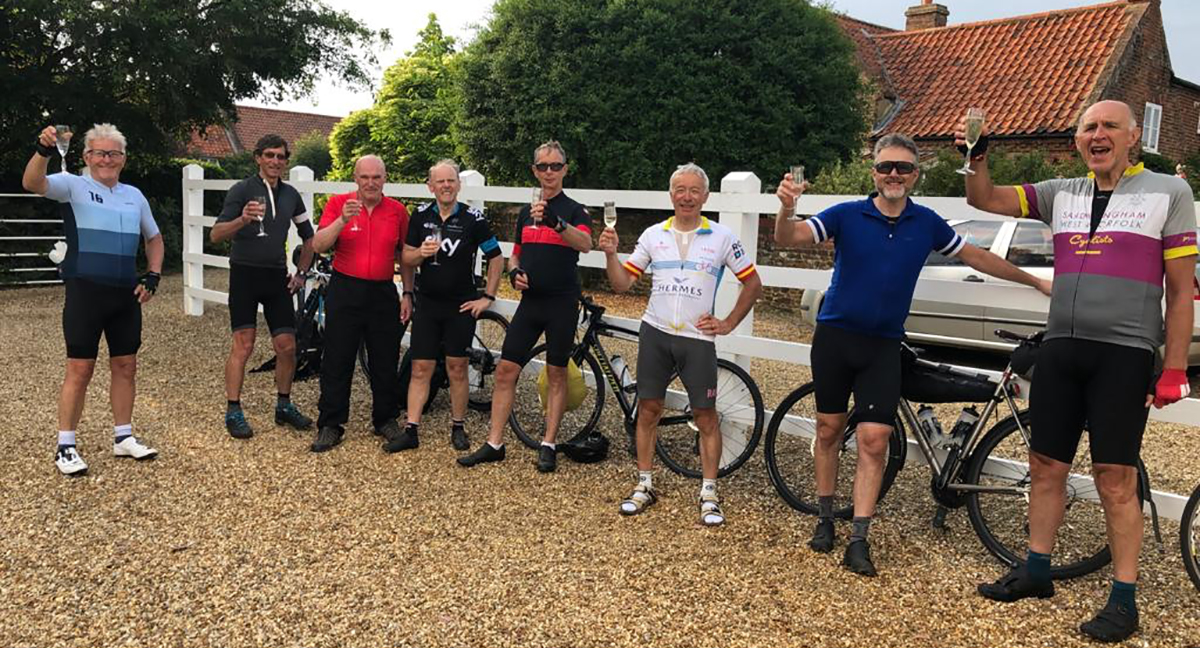 “We are pleased to have been able to raise money for Little Discoverers from our ride; donations on the Just Giving site have reached £1410 plus the gift aid contribution and are still rising”, added Phil.

Further contributions can be made at: https://www.justgiving.com/team/cycle-norfolk

These mature sportsmen are planning another major event next year 2022 when they will cycle top to toe in Ireland, an epic 445 mile trip from Malin Head to Mizen Head. Hopefully T&A will cover that ride as well. 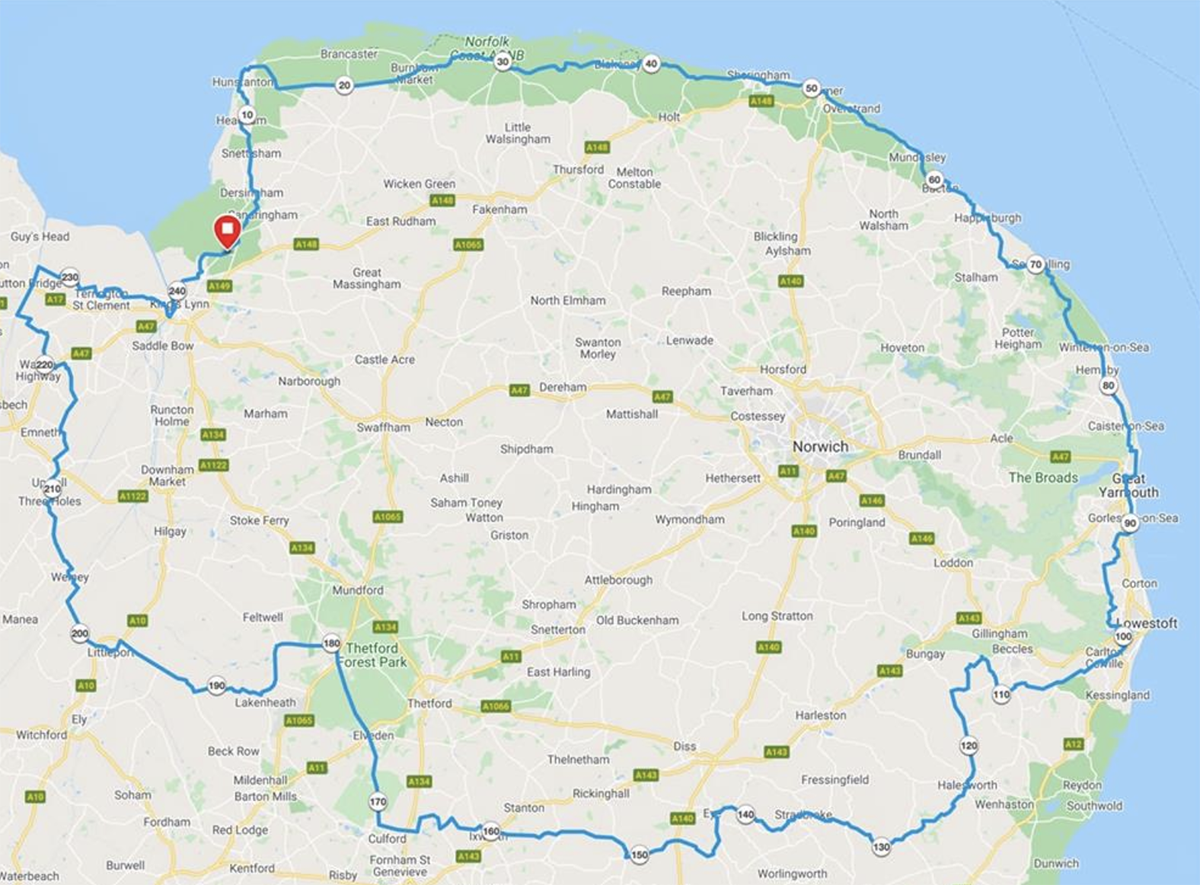 The route around Norfolk