Lockdown sees birth of tiny penguin chick. The newborn weighed the same as four of the iconic Penguin biscuits and has been named ‘squirt’ because of some VERY cheeky habits.

Staff at SEA LIFE Hunstanton have an extra special surprise for those returning to the site following its reopening to the public on 4th July.

Whilst the rest of the aquarium has been quiet and peaceful, two frisky penguins have been very busy and have welcomed a tiny penguin chick.

Born in the middle of lockdown on the 21st May to proud parents Conker and Sushi, the little penguin chick has been staying safe with its parents, at home in their nest. But, as the lockdown is slowly starting to be lifted, it too is starting to come out and meet this new world.

This is the first baby for parents Sushi and Conker, who themselves were both born at SEA LIFE attractions. The Animal Care Team have been keeping a close eye on its progress but Conker and Sushi have been doing a wonderful job and the chick has been feeding well and meeting all its weight targets. Weighing just 90g at birth, that’s the same as four of the classic chocolate biscuits named after the sea creatures, it is now becoming quite the cheeky character.

Staff at the centre learned very early on that this little one has developed its own very special defence mechanism. Penguins are well known for their rectal projectile ability and this chick loves taking aim at the staff during weighing, earning it the nickname ‘Squirt’.

“We have all learned to aim the danger zone away from us or face the consequences,” says aquarist Lucy Frusher. 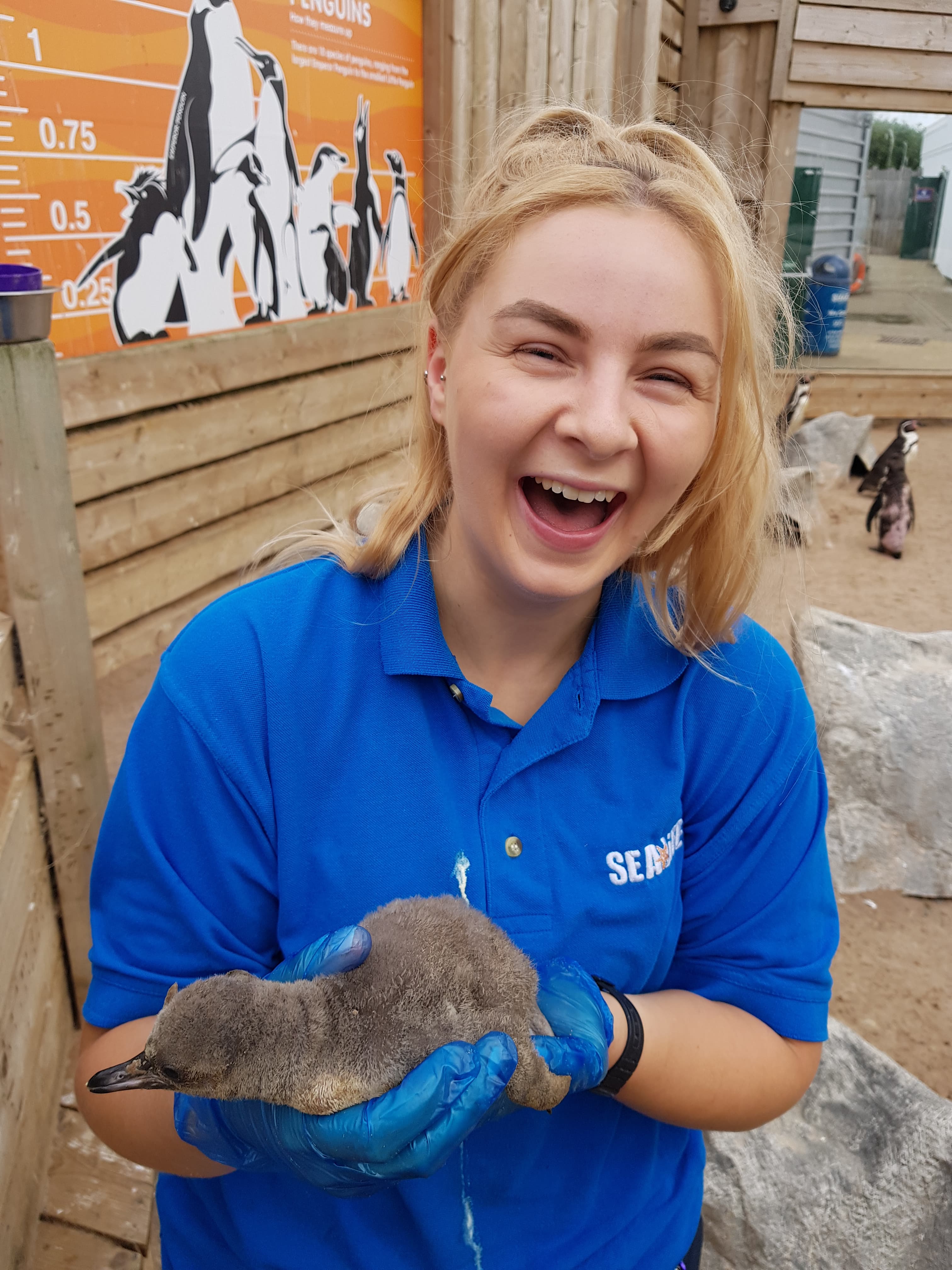 The staff don’t mind the extra washing though. “This chick has kept us all smiling through the long days that we have been closed” says Lucy. “We can’t wait to share our exciting news with all our visitors when we reopen soon”.

Staff won’t know the sex of the chick until it is old enough for DNA testing to be carried out. Penguins do not reveal their gender outwardly so we have to wait a few months longer before we find out if Squirt is a boy or girl.

For now, the team are excited to discover what mischief Squirt will get up to over the coming months as it takes its first waddle out of the nest.