An 80-year-old runner from King’s Lynn has clocked almost 2,000 kilometres since the start of lockdown in March 2020 in a bid to boost his health and raise money for local charities.

Mick Ennis, who turned 80 last month, made a gruelling pledge in March 2020 to run 10 kilometres 200 times in under two years.

He hit that record on Monday February 21 by running his final 10k in aid of the Friends of the Stroke Unit in King’s Lynn. 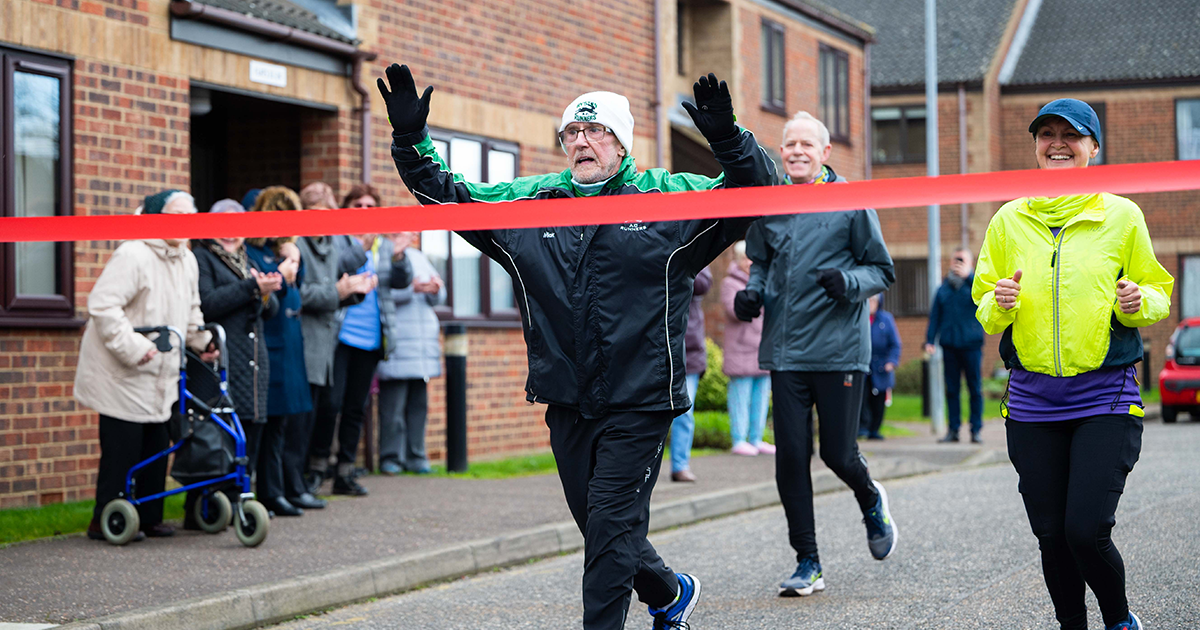 Mick – an avid sportsman - became hooked on running after joining in on King’s Lynn parkruns in 2011. And when local athletics club, the Ryston Runners, challenged him to train and take part in the Grand East Anglia Run (GEAR) in 2012, he accepted and joined the club.

Since then, Mick has taken part in every annual GEAR 10k and completed 310 parkruns. He said: “In older age I’ve been determined to keep myself active and as fit as possible- healthy body, healthy mind as they say.

“I owe so much to Ryston Runners who have always supported me. This was particularly the case following the death of my daughter in 2015, having lost my wife a few years before.

“Running has kept me going and helped me stay mentally strong. When Covid struck and we were faced with the lockdowns, we could not attend club sessions, so I set myself the challenge of running a 10k every other day. I’m now as fit as I can be – no giving up on running yet.” 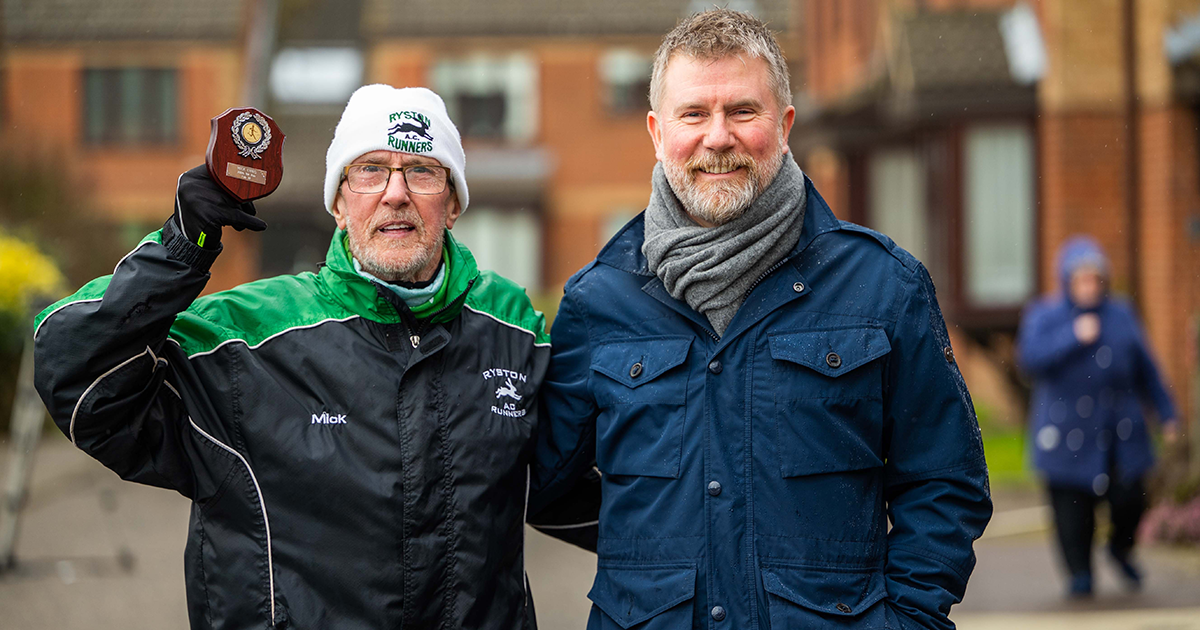 Mick with his son Steven Ennis

Mick moved to Lavender Court – an independent living retirement development managed by FirstPort - in 2019, where he has continued to encourage other residents to keep fit.

His association with Lavender Court goes back decades. He was the local milk man delivering milk to residents for 18 years. He then delivered post to the site for four years as a local postman before retiring.

Last summer Mick encouraged fellow residents to get out into the open air by organising some outdoor low impact stretching and keep fit classes in the Lavender Court gardens. 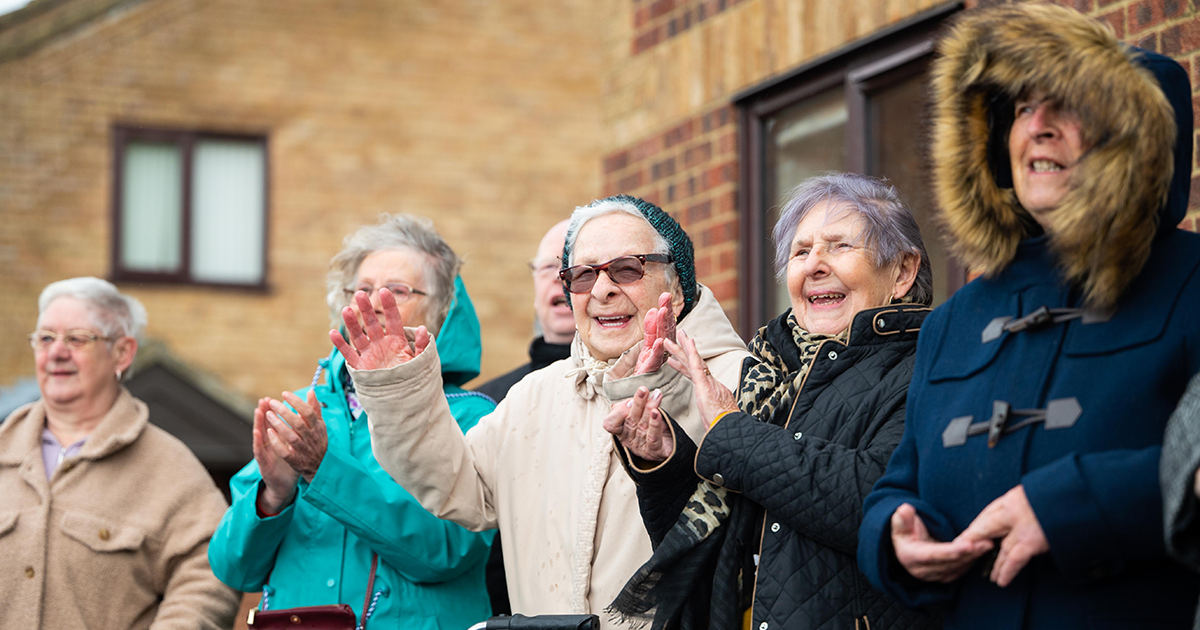 Cheered on by residents

FirstPort Area Manager Gavin Hunter said: “I would like to send my congratulations to Mick for his marvellous achievement. He provides a shining example of the benefits that exercise can bring.

“Running a 10k can be tough for anyone and at the grand age of 80, Mick’s achievement is exceptional and may hopefully encourage others of a similar age to stay fit and active. Keep going, Mick - our very own Captain Tom Moore.”

Donations can be made at: www.justgiving.com/crowdfunding/mick-ennis-200