The event, first held in 1920 and now in its 112th year, attracts players from across the country.

With over 32 events taking place it is a huge logistical challenge brilliantly managed by Chris Holt - who has been involved in organising the event since 1975 - and his team of volunteers and ground staff.

Many people return year after year to make the pilgrimage to this wonderful tournament, with some families following in the footsteps of previous generations who have participated as far back as the 1930’s. It is believed to be the largest tournament of its kind in the UK.

The 1955 tournament was notable for the appearance of one Ann Haydon who, as Ann Jones, went on to win the Ladies’ Singles title at Wimbledon in 1969. In 1928, a Mr. N Orfolk, reached the men’s doubles final, but conceded the match when a point away from winning. Despite plainly playing under a pseudonym, it is believed he would have been recognised and disqualified from other major competition if he were to win. His true identity remains a mystery.

Over 800 people participated in this year’s event with junior and veterans classes proving just as popular as the main Open events. 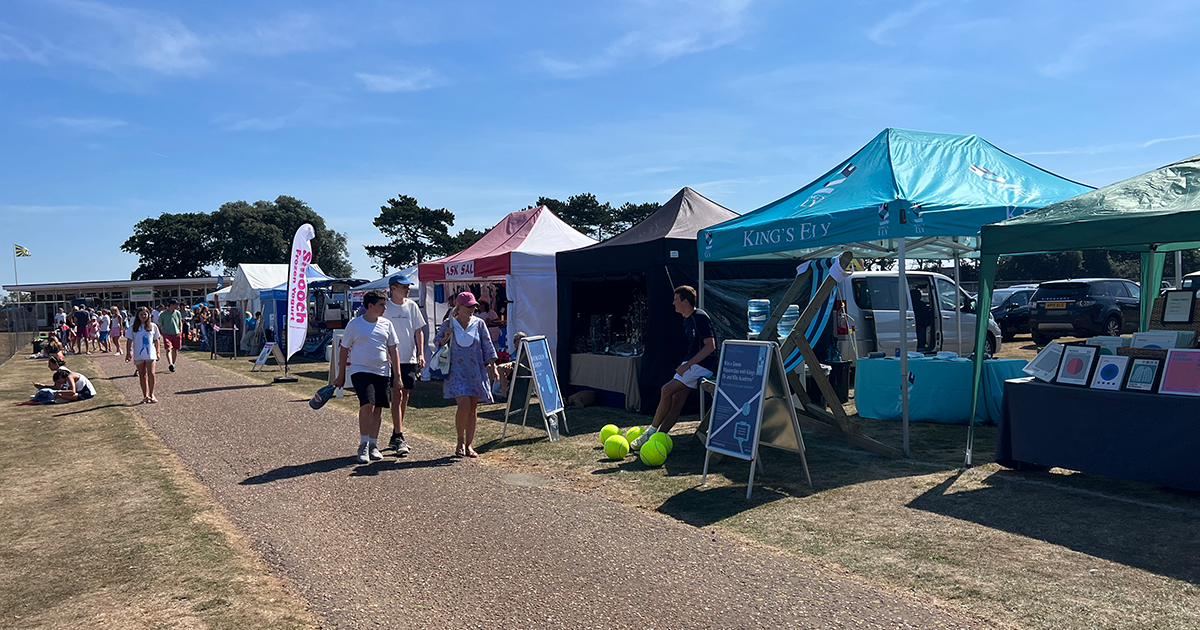 Various refreshment tents kept the players and spectators suitably refreshed, whilst an array of boutique stalls selling various wares proved equally as popular. There really was a festival air surrounding the tournament. Tournament President, John Barrell, deservedly received a lifetime award for his 33 years involvement with the event. Recounting a famous memory was difficult, as there so were many, but he did enlighten on a rare incident in the 1970’s, when a John McEnroe ‘esque’ spat occurred between well know umpire Peter Mornard and a player, which culminated in the unnamed player storming off court in a huff, something he had never seen before or has done since.

Finals Saturday certainly lived up to its exciting reputation. Tom Davenport successfully defended his Men’s Open title, whilst a delighted Emma Mastin from Boston, secured the Ladies Open title. Lawn Tennis Association President, David Rawlinson, was on hand to present all the trophies along with Wayne Berry representing tournament sponsors, Brewin Dolphin. The LTA also presented Chris Holt with a lifetime achievement award, their highest accolade, for his services to tennis. 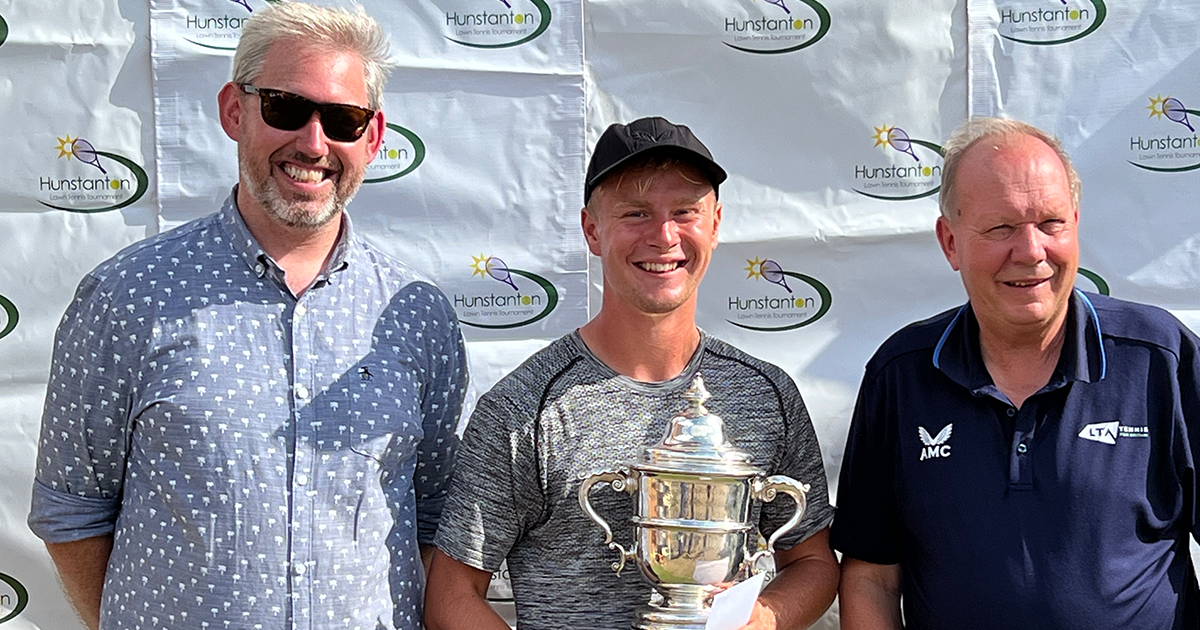 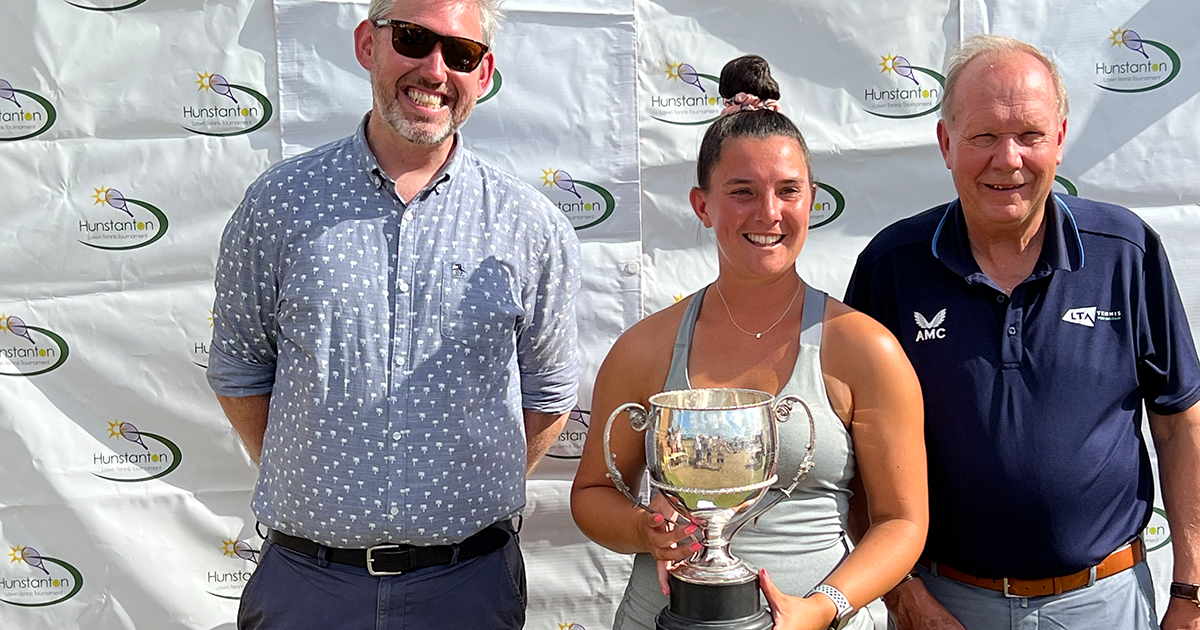 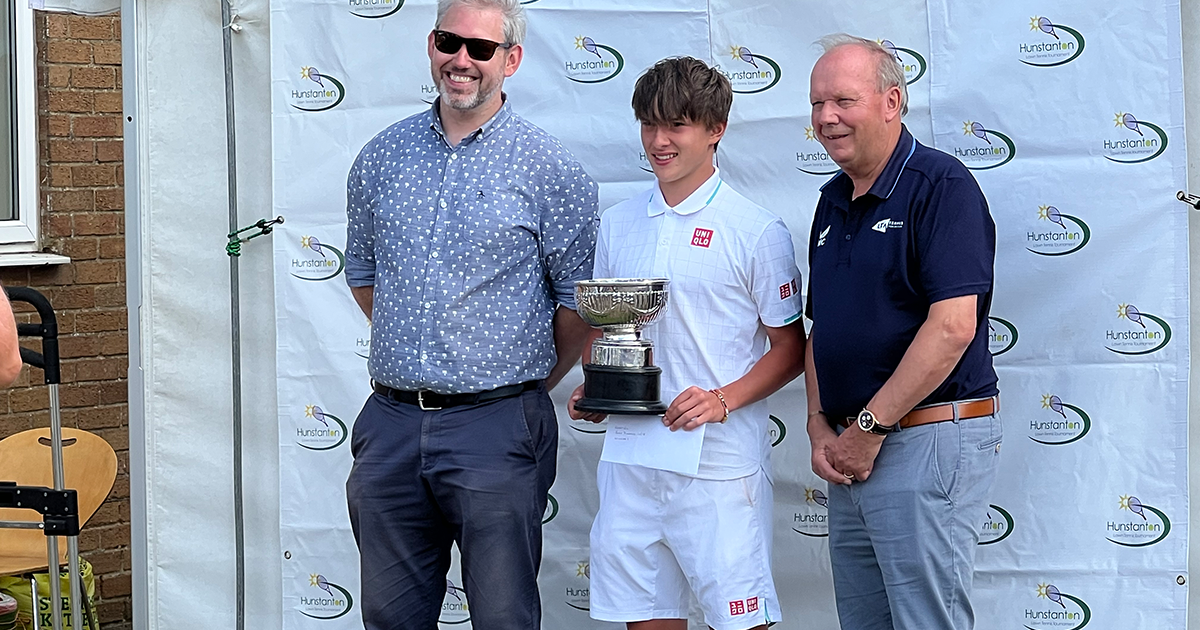 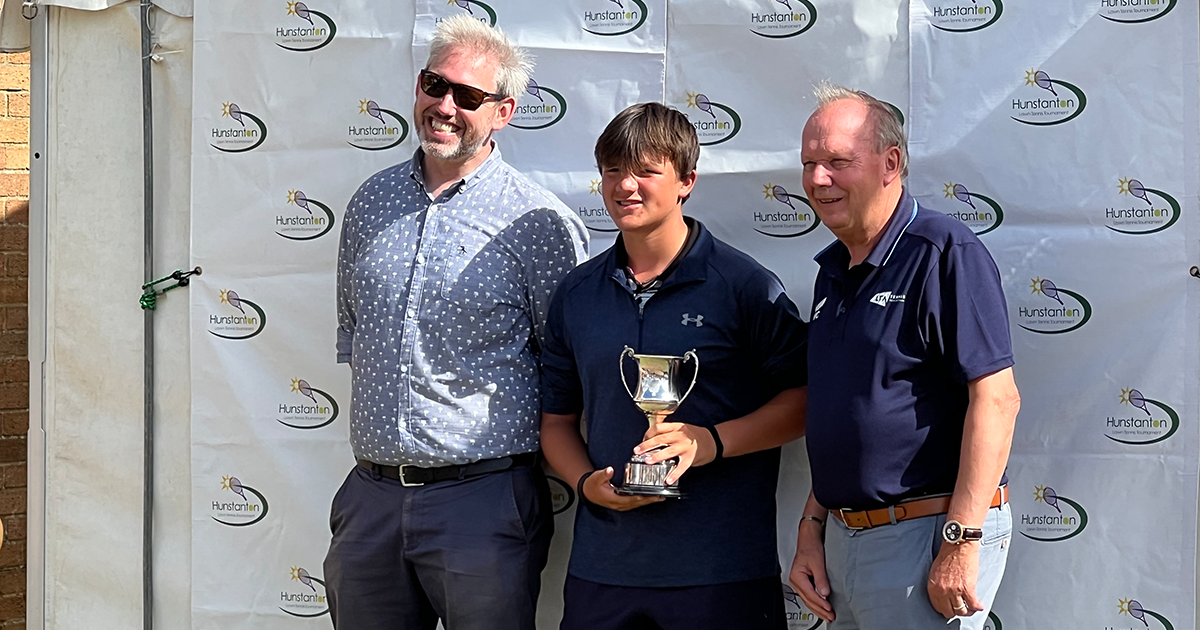 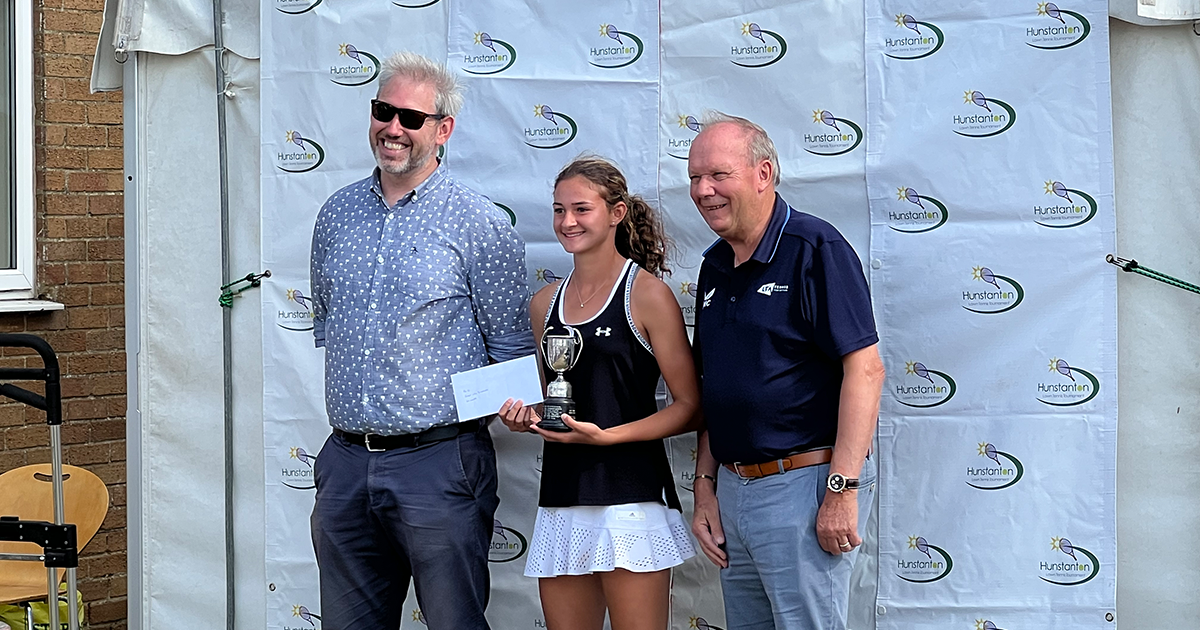 For all the results you can visit competitions.lta.org.uk (go to Tournaments, then click on either Junior or Senior, then go to More which gives you the choice of seeded entries and winners). 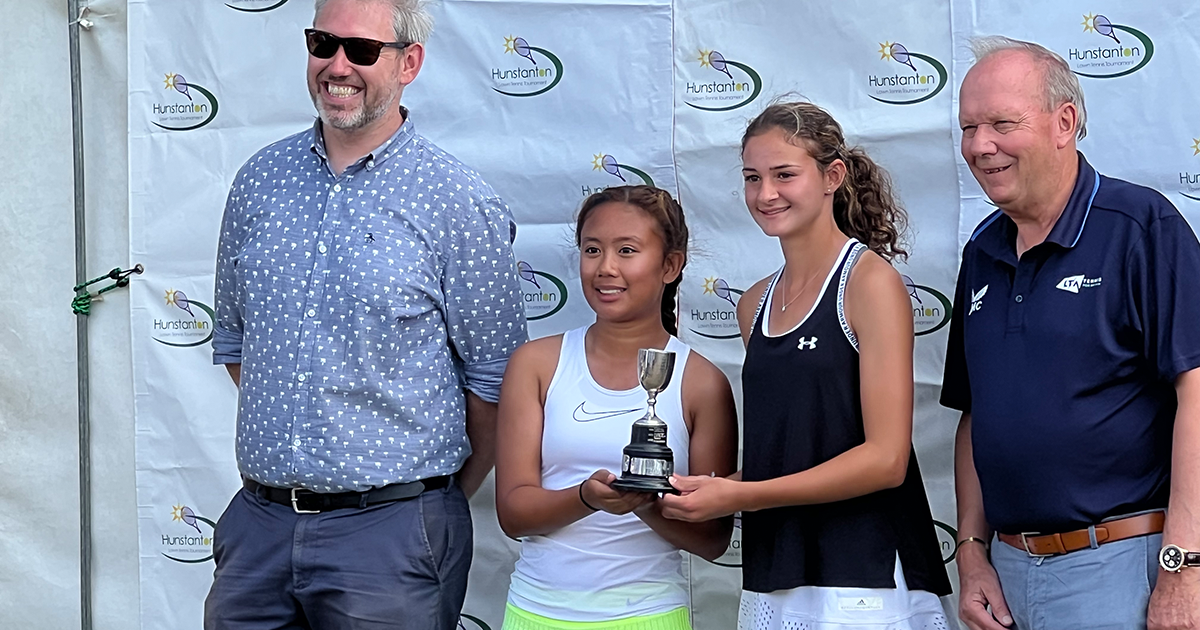 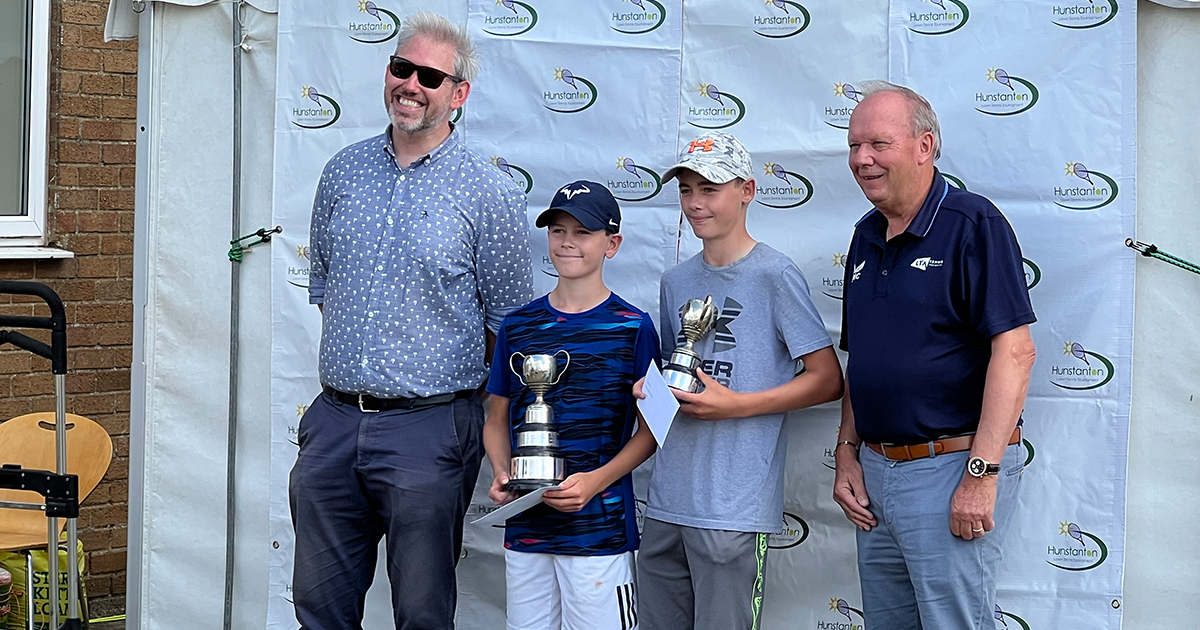 The book, Wimbledon-on-Sea, written by Ashley Martin, looks at the history of the tournament. An interesting read celebrating over 100 years of the ‘Sunny Hunny’ tournament. Costing just £5, it can be purchased online or by emailing Chris Holt at mail@chrisholtphotographic.co.uk