Budding musicians from 13 different primary schools across West Norfolk came together to display their talents and perform as one large orchestra.

Pupils aged eight to eleven took part in the performance at Gaywood Primary School in front of an audience that included the borough’s Deputy Mayor Margaret Wilkinson. Staged by the West Norfolk Academies Trust, of which Gaywood is a member, the event united children from 13 of the 19 schools involved in the Trust’s Musical Instrument Teaching Initiative (MITI), enabling them to join the orchestra for the event.

Robert Galliard, who oversaw the West Norfolk primaries MITI Workshop, explained: “The children who have been part of the scheme were invited to a joint session at Gaywood Primary School. They rehearsed both as a large orchestra and also as separate wind band and string ensemble, before showcasing their work to parents.

“They played music that is aimed at beginner ensembles – the important thing was that they were playing together and meeting children with a similar interest from across West Norfolk.” 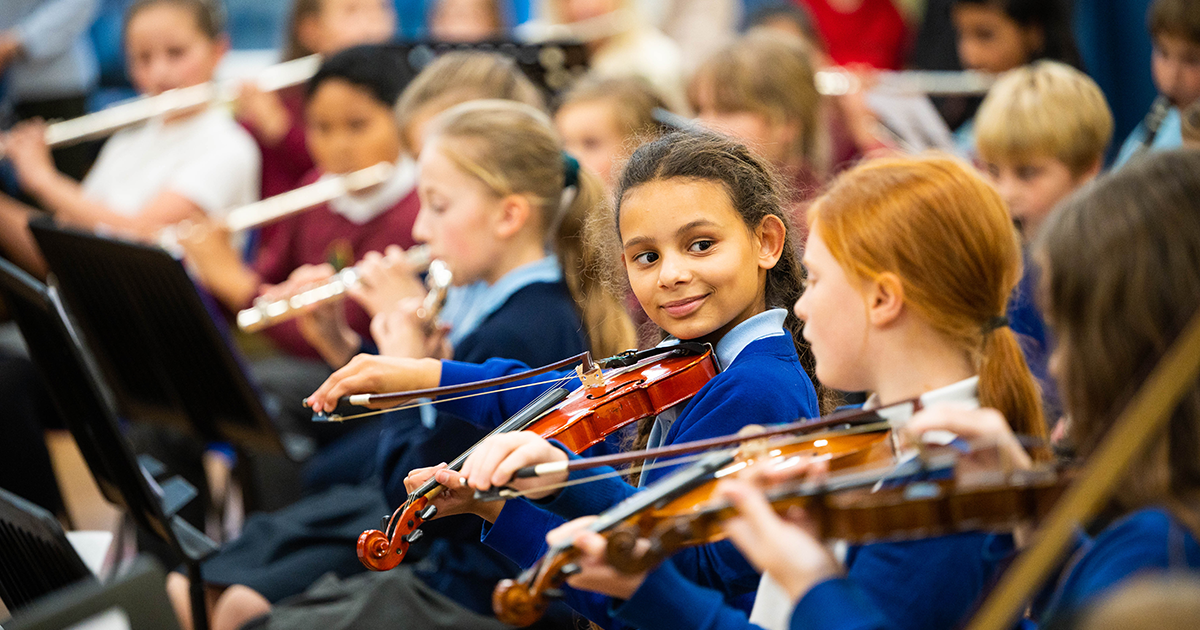 “As a retired music teacher, I would say music is of prime importance as part of a growing child’s development,” added Mr Galliard.

“Many friendships have been formed through shared musical participation in choirs and orchestras. Many of these children come from small schools, so it is important that they get to see that they are part of a bigger movement.” Andy Johnson, Executive Headteacher at WNAT added: “The Trust believes that playing a musical instrument is an important life skill which provides numerous benefits to each student.

“We invest heavily in music to ensure as many students as possible are involved across all of our schools.”