Have you ever wanted to own Hunstanton Beach or reside at Sandringham House? Well, now is your chance with the release of a limited-edition North & West Norfolk Monopoly board!

The Norfolk Hospice has launched an official, limited edition Monopoly board to celebrate its 35th Birthday, just in time for Christmas.

Produced and designed by The Norfolk Hospice, Tapping House, the Monopoly Board game will go on sale on the 9th December.

“We are so excited to say we have officially passed go and North & West Norfolk will have its very own exclusive Monopoly Board. This is a fantastic product which has been produced as a permanent reminder for locals and visitors that we are extremely lucky to share this beautiful part of the world, packed with award winning locations, attractions and beaches.” 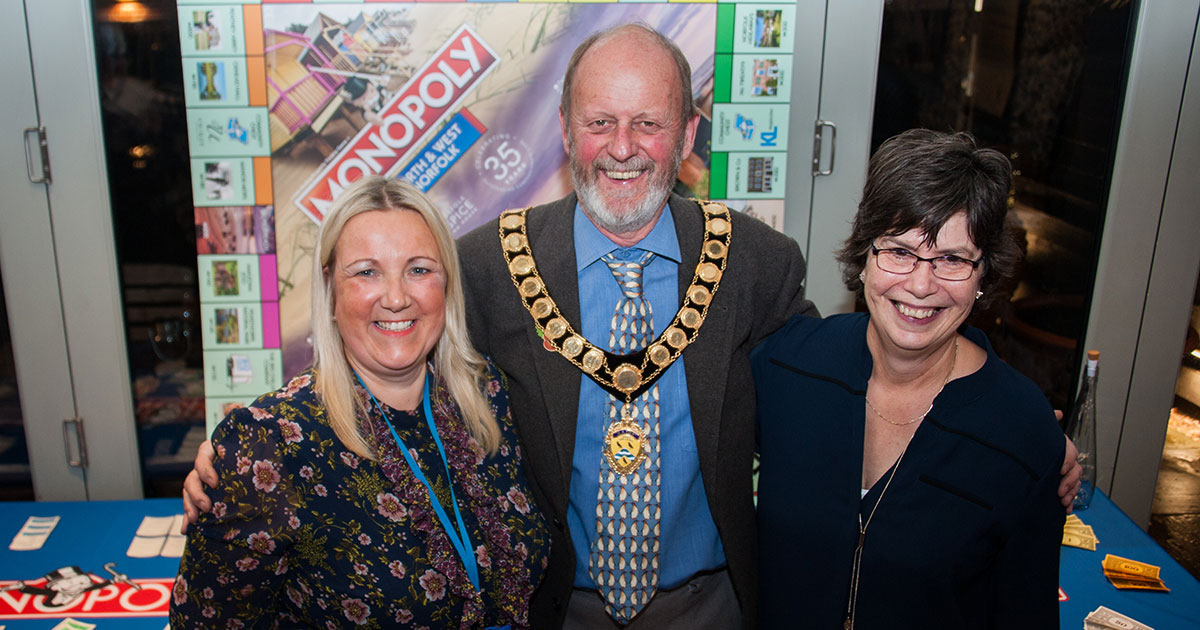 “We were thrilled to have been chosen by UK-based Winning Moves to produce this special North & West Norfolk edition.

“The sale of the Monopoly Games will provide significant funds for the Hospice with all the proceeds going to provide outstanding passionate care to communities in North & West Norfolk.”

No Twenty9 is the headline sponsor and a number of local businesses also sponsored the board and have their own designated space. See if you can spot them!

“We have been overwhelmed by the fantastic support of our headline sponsor No Twenty9 and so very grateful to all the local businesses that have sponsored a property on the board, Community Chest or Chance card. The support that has been shown to the Hospice to produce this game just shows what an incredible community we operate in and we will always be grateful.”

To pre order the North & West Norfolk edition of Monopoly (£29.99) visit www.norfolkhospice.org.uk/ monopoly. The game will go on sale from the 9th December throughout various local retailers (details to follow on their website) including all of The Norfolk Hospice’s Charity shops and direct from the Hospice.

If you would like more information about stocking the game, please contact Tammy Green at the Norfolk Hospice, Tapping House on 01485 601701 or email tammy.green@norfolkhospice.org.uk.