A home care company is helping thousands of children learn more about dementia and how it can affect families - using a dragon called Simon.

Extra Hands is visiting schools around the county and using a cartoon designed specially for children by the family of a former GP who is both living with Alzheimer’s and creating resources to explain what happens.

The Dragon Story is a four minute cartoon which staff from Extra Hands are using in special school assemblies for children aged between four and nine. Some 2,000 pupils have seen the cartoon following a visit to North Wootton Academy last week where children were asked questions around issues it raises.

The story is about a young dragon called Simon, his mum and Grandpa Drake who begins to show behaviours common with dementia, like not being able to find things.

Anita Walter, Public Relations and Marketing Director at Extra Hands, said: “We understand the importance of raising the awareness of the condition within our local communities, there is a wealth of knowledge and resources available for adults but we wanted to reach out to the younger generation as they are now beginning to come across dementia in their everyday lives. We met the creators of The Dragon Story at a convention we attended and were so inspired by her story that we wanted to share it with as many people as possible.”

The approach is proving popular as an initial visit to four schools before the summer holidays soon saw Extra Hands talk with more than 1,000 children by the end of September and when October ends the total will be double that. By the end of November the company will have spoken to 3,000 children about dementia. 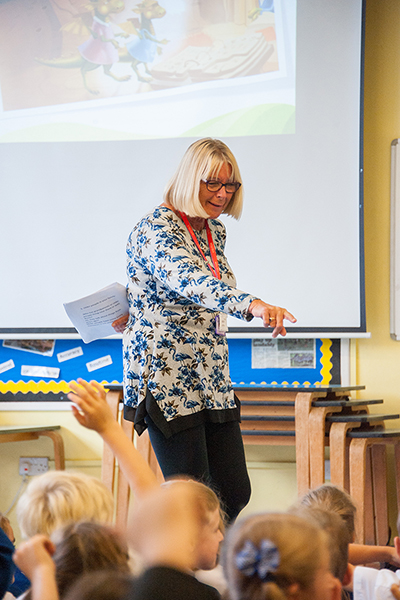 Dr Bute, who initially diagnosed her own Alzheimer’s Disease, said: “We are thrilled that Extra Hands has been sharing The Dragon Story with schools in Norfolk. We believe that children can cope much more easily with people with dementia than adults, because they have no mis-conceptions about dementia.

“Children relate to dragons and cartoons and so some of the issues relating to living and caring for those with dementia are easily presented and understood. The Dragon Story was written by my daughter based on her experiences with my own dementia, and then my son produced the cartoon - so it was a family effort. I strongly believe it is possible to live well with dementia, and that involves educating all ages about what dementia is, so that everyone understands us better.”

Dr Bute, who lives in the south west, and her family have created a wide range of resources for those living with dementia and their families and more information can be found at the website www.gloriousopportunity.org

Schools can book sessions directly with Extra Hands to listen to The Dragon Story, contact 01485 570611 for more information.