Major incident involving Travellers on A149

The exodus of a group of travellers caused traffic chaos on the coast road this morning.

Town and Around were at Hunstanton's Redgate roundabout around 10.30 this morning as Police Officers were escorting a large number of caravans from the town. The group of travellers had arrived in Hunstanton yesterday afternoon and a number of local businesses chose to close their doors including several public houses.

The convoy took some time to move and by 11.30am T&A was leaving Hunstanton and caught up with the story. We noted that many of the traveller's vehicles had Irish number plates including one that was being towed by a local recovery firm bearing the orange 'Seized by Police' sticker and escorted by a police car. 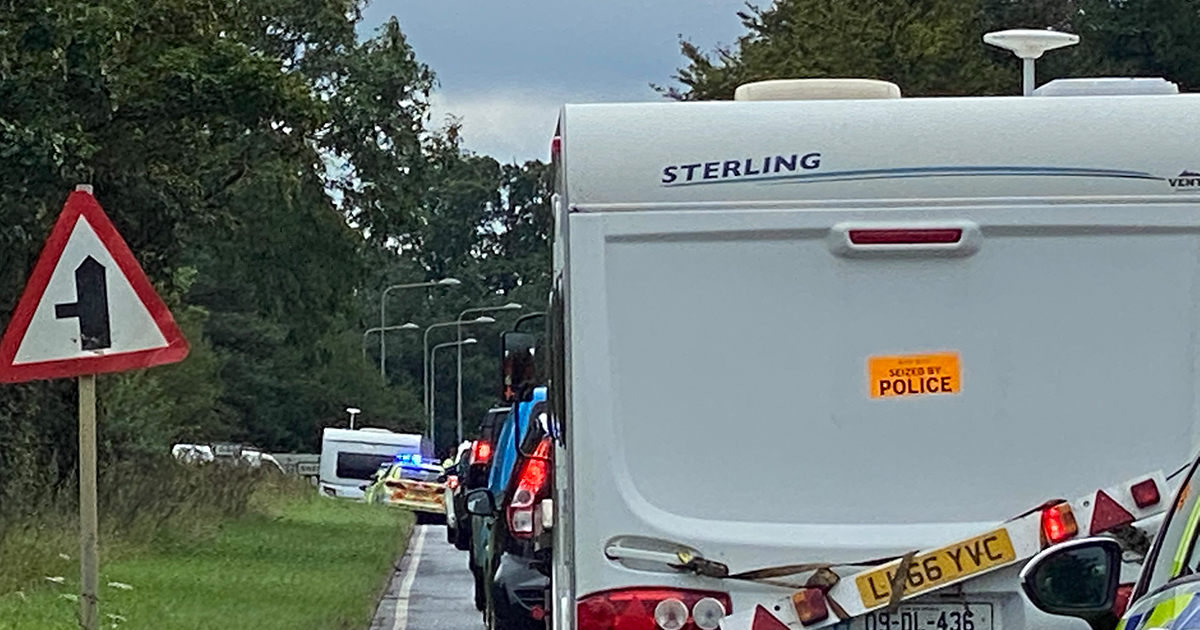 Very slow progress was made along the A149 towards King's Lynn and T&A was caught up in the traffic chaos. The journey time from Hunstanton to Snettisham was 58 minutes. 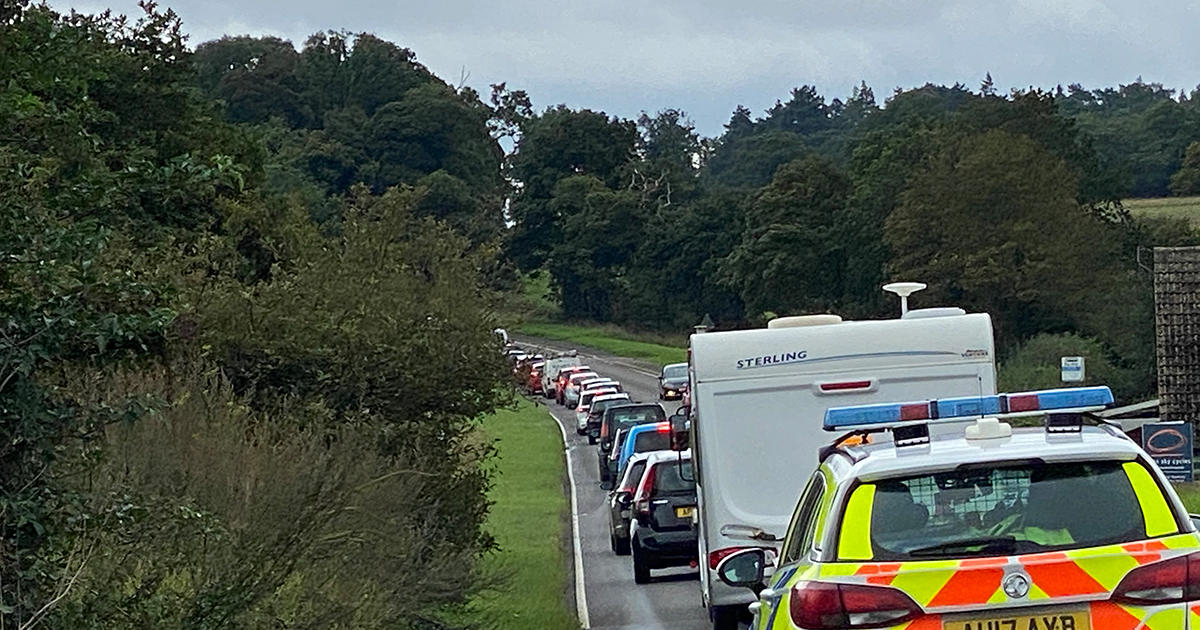 Adjacent to the quarry in Heacham just north of the Snettisham roundabout the traffic came to a standstill and the road was entirely blocked by police and travellers, some apparently heading towards Hunstanton.

The seized caravan was just in front of us and we observed youngsters coming out of it. 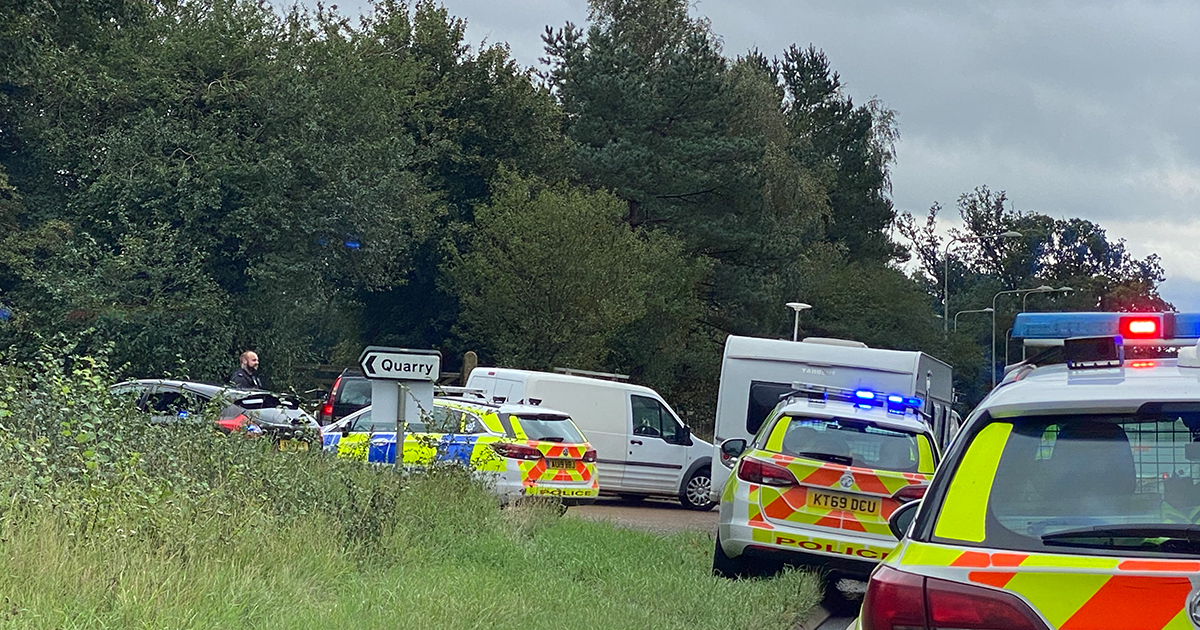 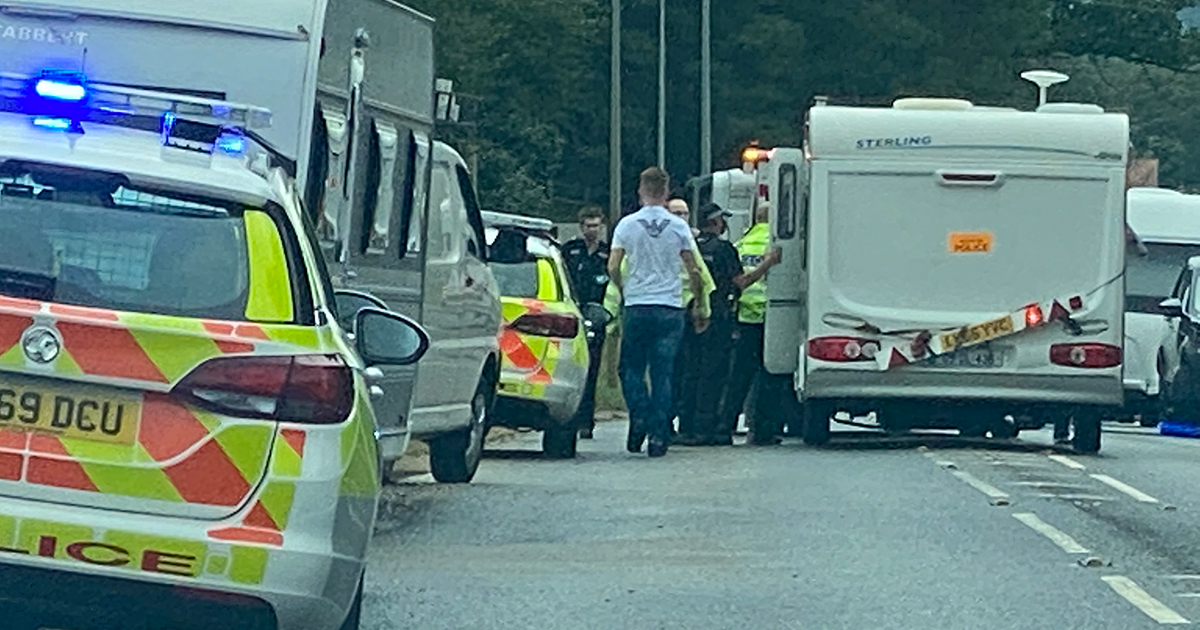 Traffic in all directions extended as far as the eye could see.

A Norfolk police spokesman said: “Police attended the Southend car park on Beach Terrace Road in Hunstanton earlier this morning following reports of an unauthorised encampment. Officers, working alongside the landowner and the county council, engaged with the group and the convoy, made up of eight caravans and nine vehicles, left the site at approximately 10.30am. “Officers seized one caravan believed to have been stolen as well as another vehicle in connection with the encampment and enquiries are ongoing." 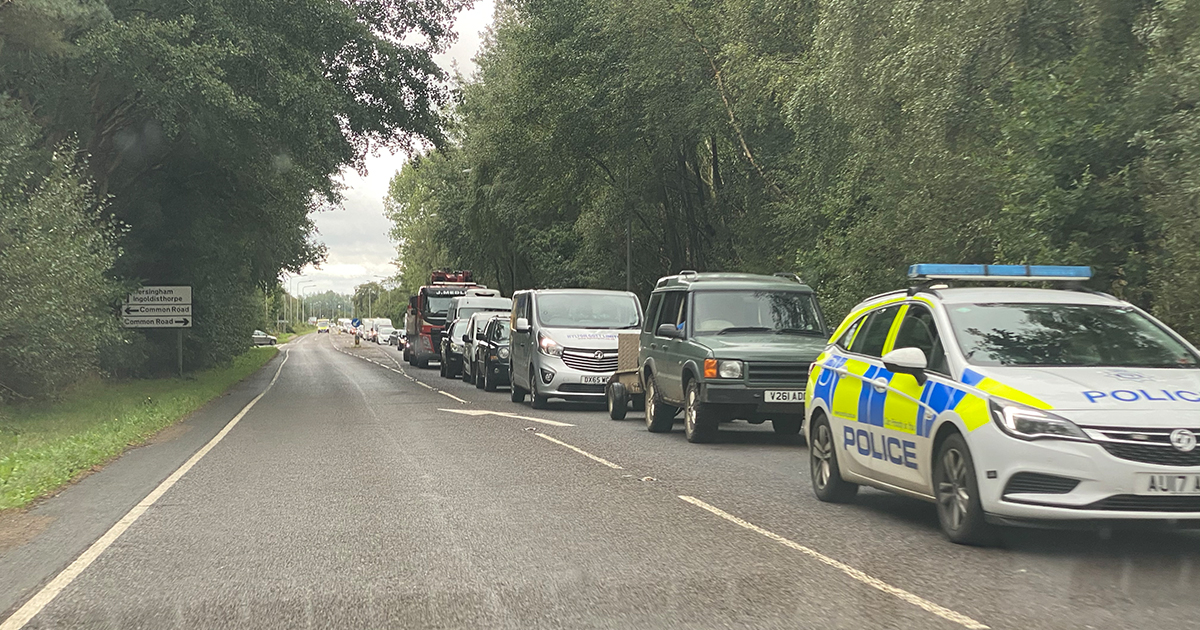