Madonna and Prince take to the Wash

Unfortunately, Shakira the seal pup was slightly under the 25kg weight required to be released, but her friends Madonna and Prince were weighed in at exactly 25kg and were eligible for release.

The pups were weighed and then stretchered from the Centre and onto the beach outside where they were given their first taste of the sea since their rescue.

Slightly apprehensive, the pups got a feel of their foreign surroundings before attempting to tackle the tide.

Aquarist Hollie Stephenson said: “This release we’ve just seen is perfectly typical of the abandoned and separated pups that we see because they’ve been in our hospital for so long.”

“The little period they have with the outdoor seals teaches them how to catch fish while they’re moving and in deep water and how to interact with other seals.”

“They haven’t seen the sea however so they’re a little bit nervous and they’re not too sure what’s going on. They hung around the beach as people were there but now that we’re leaving, they’ll go off together. We always release on a high tide so when the tide goes out it takes them with them.”

“If there are any problems, they’ve got their flipper tags so people can call us up and we’ll come and have a look, though we very rarely do we get one come back. I’m sure these guys will go off and live their long and happy lives out here in the Wash.”

“Though Shakira couldn’t go today, we’ve got Lady Gaga and Elvis ready to come outside and join her in the outdoor pool so she can go with them when they’re all up to weight, so she will have some friends to go with.”

This is the first release of the year on Hunstanton beach for the Sanctuary rescue team after a record number of pups were born on Norfolk beaches over the summer period.

This release hopefully marks the first of many as there are still ten more seal pups in hospital awaiting release.

Prince was rescued on 27th May from Titchwell beach after being abandoned by his mum. Found at 3 days old, he only weighed in at 6Kg so was extremely underweight as common seals are usually born at 10Kg.

Madonna was rescued on 19th June from Kings Lynn after being separated from her mum. As she was only five days old at the time, she would not have survived on her own. Seals should feed for 3-4 weeks on their mother’s milk before being weaned and taught to catch her own fish.

All the seal pups were well cared for by the specialist animal care team at SEA LIFE and were all fed a special fish soup to fatten them up. 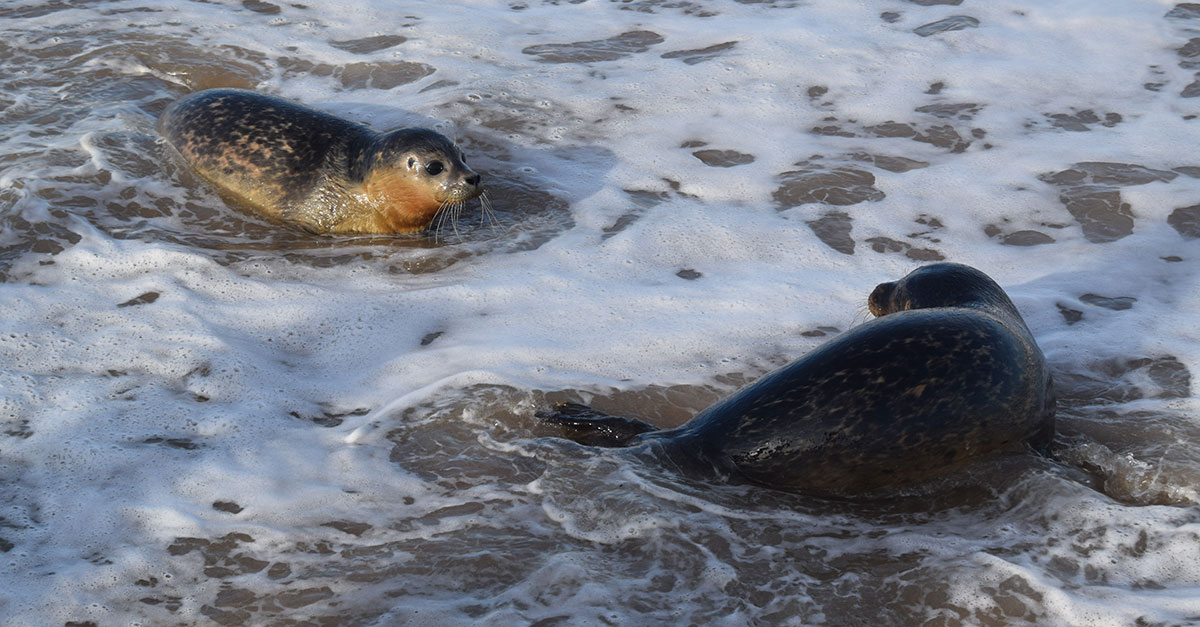 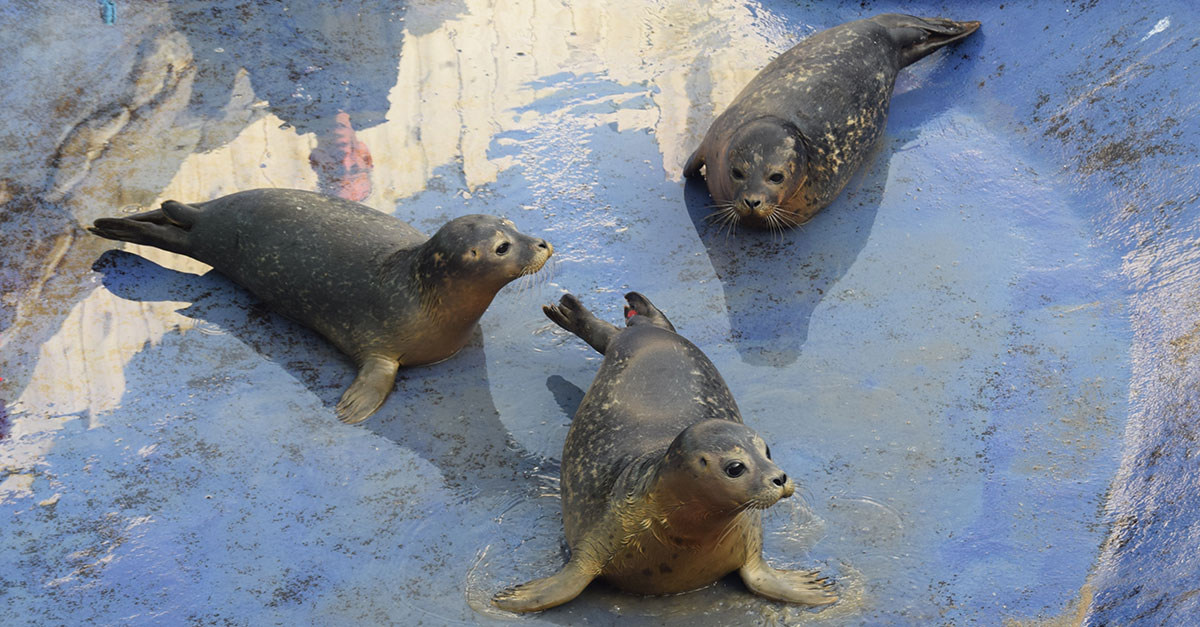 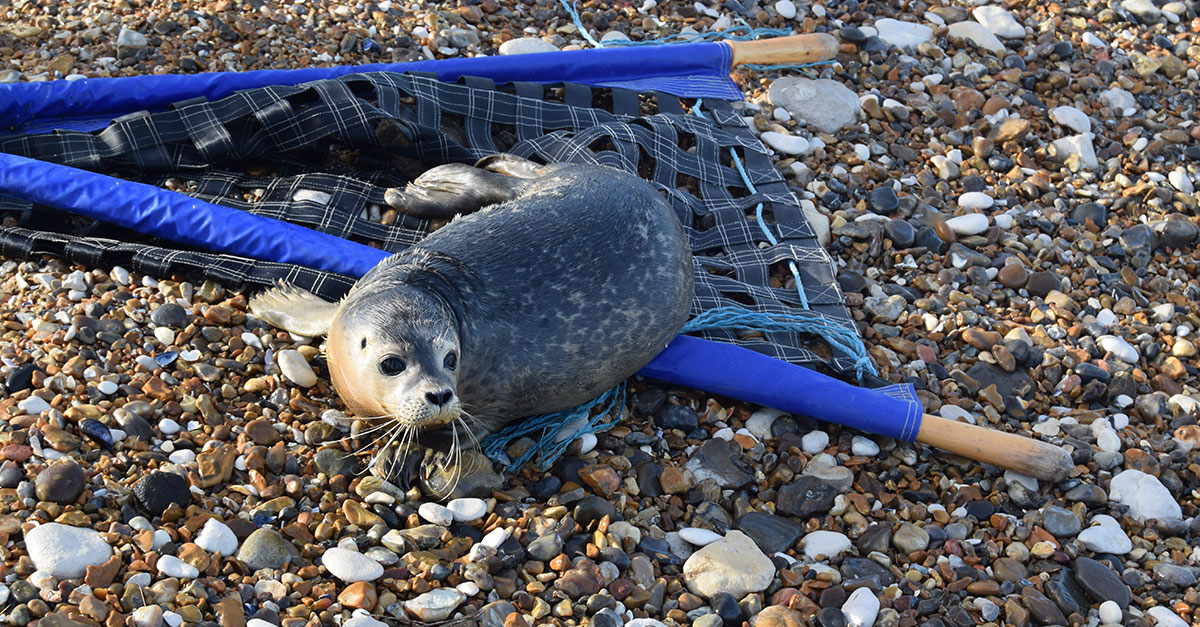 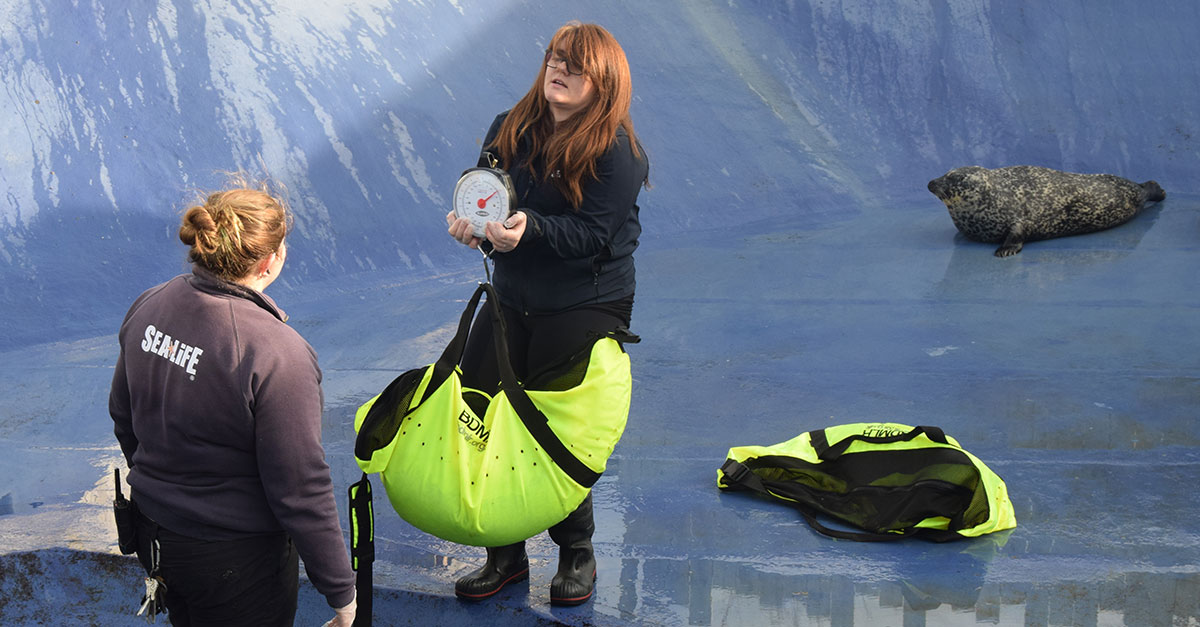