This really was an epic challenge: four golfers, four rounds and 25.3 miles covered in a day.

Brothers Billy and George Brotherton with Callum Swan and Ben Witley completed 72 holes at Heacham Manor on 31st May. Starting at 5am it took the guys fifteen hours to complete the challenge and in doing so they smashed their target of £2000 raising (at the time of posting) £3015.

Billy said: We got here this morning at 4.30 and we want to thank Paul Searle at Heacham Manor, not only for the early start, but also for allowing us to play the four rounds today free of charge.”

They didn’t make it easy either, no golf buggies for them, rather they chose to walk all day pushing all their clubs in carts themselves. Town and Around caught up with the four golfers at lunchtime just as they had reached the halfway mark and under a cloudless sky with the temperature rising, cold drinks were ready at the new Pavilion. Also catching up with the golfers progress Paul Searle said: “We’ve always been a supporter of charities and Macmillan is such a great charity I’m pleased we’ve been involved with this challenge.” 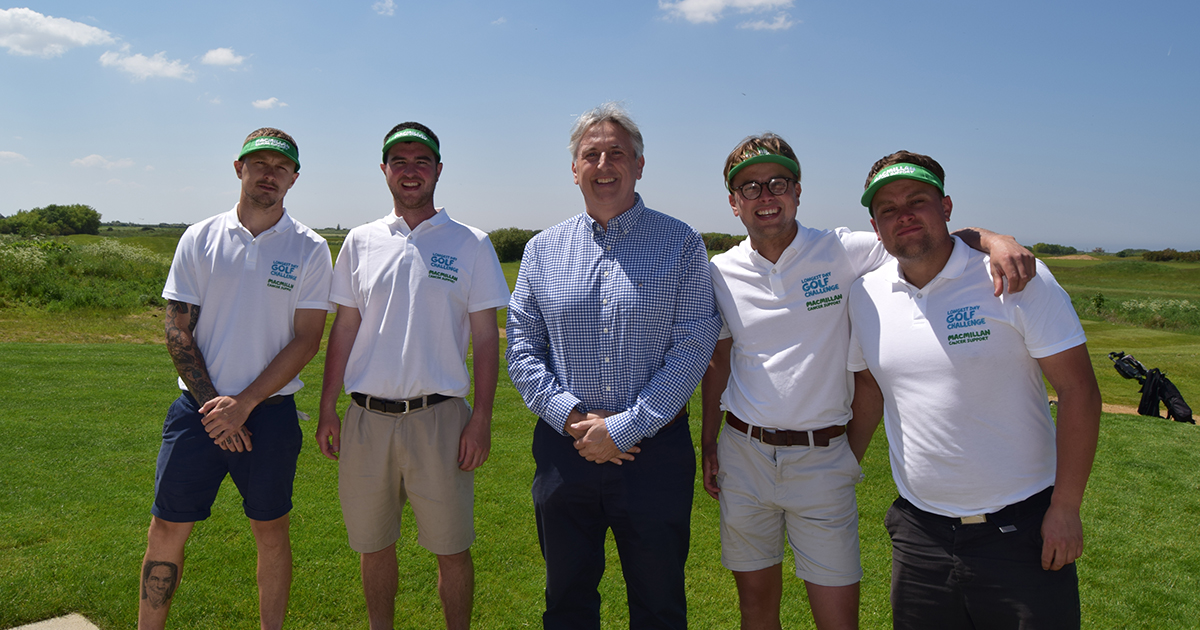 Paul Searle (centre) with the golfers

After the event Callum Swan posted “Special thanks to Molly & Kel and everyone at the clubhouse for everything throughout the day keeping us going, you guys are awesome!

“Thank you to everyone who donated to us, the sore legs and blisters were all totally worth it.” 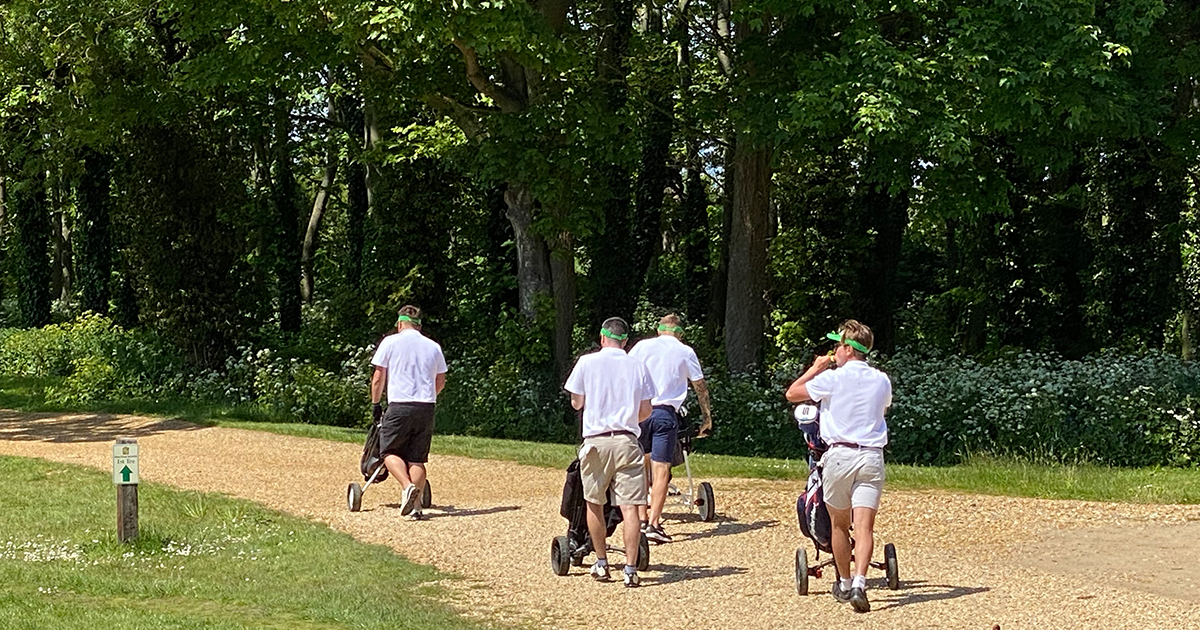 Off to start the third round

Anyone who would like to contribute can do so online at: