An online auction will take place soon to raise vital funds for the imminent Maternity Bereavement Suite at Lynn’s hospital for parents who lose a baby either during, or shortly after birth. The idea was inspired by Nikki Brown-Smith, founder of Holistic Health in Wisbech, who rekindled her passion for painting during the pandemic period.

Ms Brown-Smith decided she would help raise funds for furnishings and essential extras at the Queen Elizabeth Hospital’s planned maternity bereavement suite, expected to be completed by April 2021. The target of £185,000 was met by the Trust’s own charity giving £145,000 and £44,000 raised by the generous local community.

And Ms Brown-Smith recently ran a competition on Facebook asking for West Norfolk photos for her to paint. After five photos were chosen, a random number generator saw Julie May Smart’s photo of Hunstanton Lighthouse selected.

A former graphics designer, Ms Brown-Smith proceeded to devote 300 hours to the oil painting of the lighthouse, which will be auctioned for the maternity bereavement suite cause, also named as the Lynn News Charity of the Year for 2020.

Ms Brown-Smith said: “It was the most detailed painting I have ever done. When I started it was very slow, but halfway through I picked up a lot of pace. It would be nice to raise £300 for it as that would be a pound for every minute!” 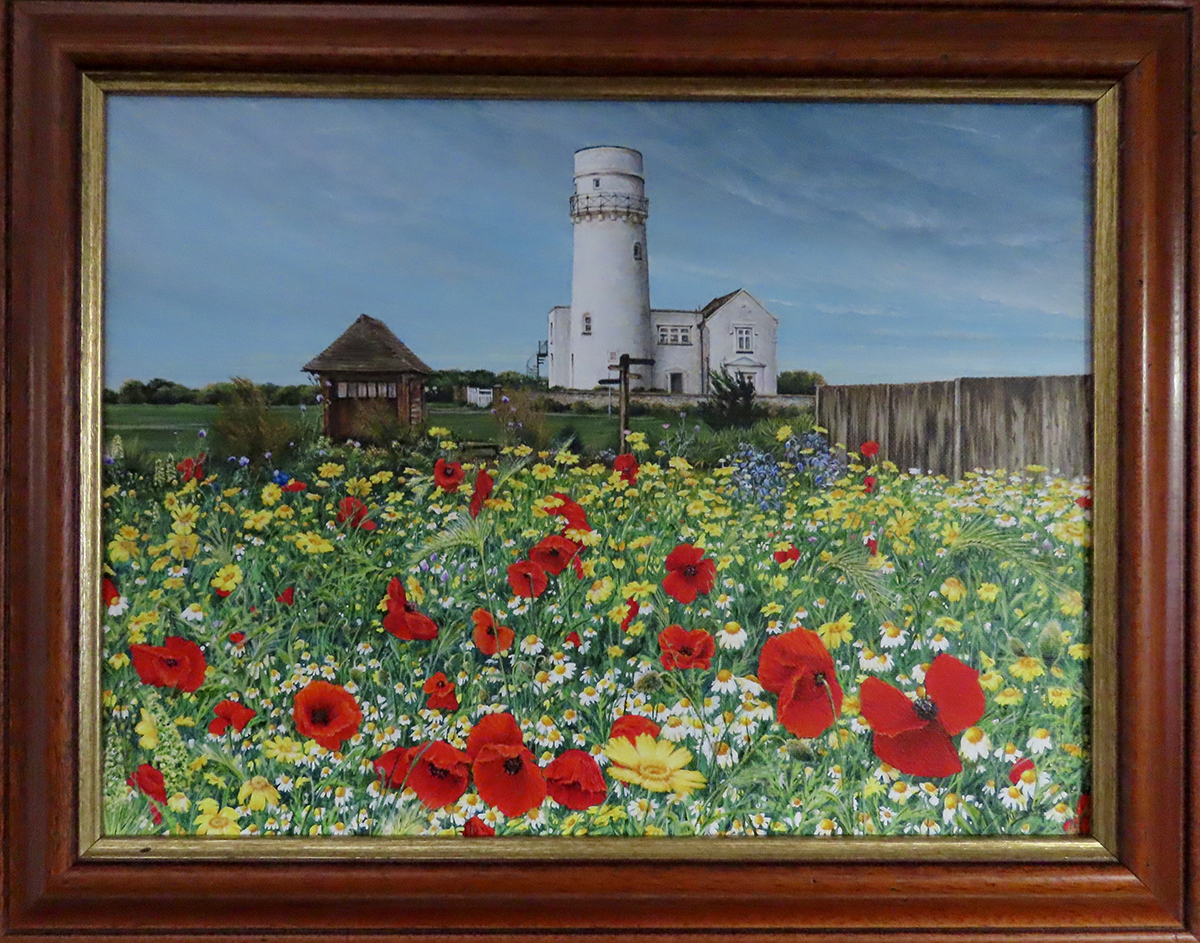 The painting and other items will be auctioned in aid of the maternity bereavement suite thanks to the goodwill of Fakenham-based James and Sons Auctioneers who have agreed to support the Queen Elizabeth Hospital by hosting an online auction in the New Year.
James and Sons director David James said: “We are delighted to support such a good charitable cause and we have helped a number of organisations over the last few years.
"We did one for the Royal British Legion for 800 uniforms and I will do my best to help the organiser of this one. “We will hold the auction online and it depends on the volume of items that come in, but it will be early New Year at the latest.” Ms Brown-Smith’s painting will be auctioned, but Mr James has suggested branching out to practically everything including coins, stamps, military and sporting memorabilia with donations being welcomed from the community. It should be noted that James and Sons does not auction furniture. Local artists are encouraged to donate their work for the cause.

Speaking about her support for the Charity of the Year, Ms Brown-Smith recalled her own devastating loss at Lynn’s hospital nearly two decades ago. She said: “It was only when I found out the full title of the charity that it knocked me off my feet. 17-years-ago I went full-term with a little girl who died. On the due date, there were no facilities at all and I went into a room at the back where I sat on a bed and a man put a briefcase on my lap. “I was so traumatised and he said ‘do you want her cremated’. It was just so callous and cold and my relationship eventually ended because of it. "A maternity bereavement suite will hopefully help other families and mothers cope better than I did.”

If you would like to donate items for the auction, contact the QEH fundraising executive on 01553 613373, or at Laurence.morlaas@qehkl.nhs.uk. You can also send cheques payable to ‘Maternity Bereavement Suite’ or give online at www.justgiving.com/campaign/QEHMaternityBereavementSuite.

How to use your car’s air-conditioning effectively in summer